ASUS ZenBook 3 now on sale in the United States, taking on Apple’s MacBook

ASUS has now officially started selling its MacBook competitor, the ZenBook 3, with the base model starting at $1,099. The ultrabook is extremely thin and sports enough power to make sure that even power users have enough.

The base model with an Intel Core i5 processor, 8GB of RAM and 256GB of storage is available in silver, directly from ASUS, as reported by Windows Central. There is also a higher-end with a blue shell and an Intel Core i7 processor, 512GB storage and 16GB RAM for around $1,600. 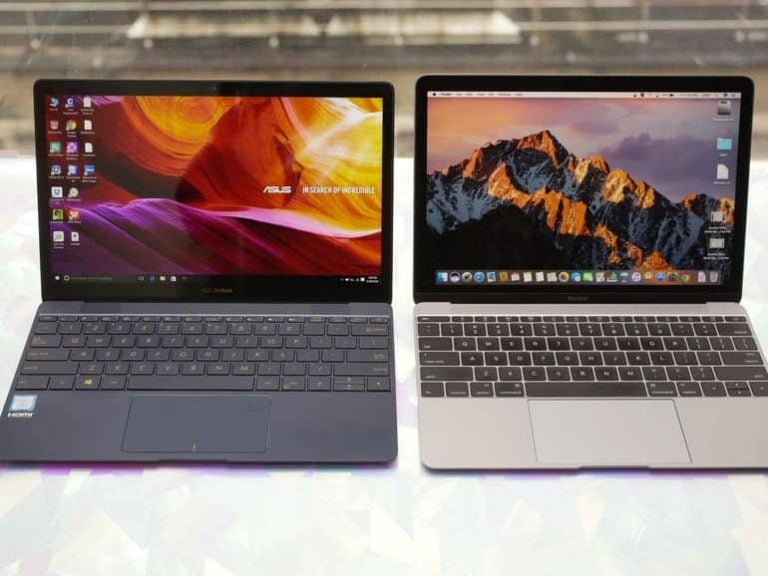 ZenBook 3 vs MacBook (via Gospel Herald)

The ultrabooks have a super thin body that is often heavily compared to the 2015 MacBook (no, not the Pro nor the Air) and are fully made of aluminium. They both have a USB-C port but as opposed to Apple’s computer, they also have some other ports to make sure you don’t need dongles for everything. They have a battery with up to 9 hours life, according to ASUS. The screens are identical, with both machines having displays at 12.5-inches 1080p in resolution

A nice addition is also that both of them have a fingerprint sensor that is compatible with Windows 10, which these machines come with.