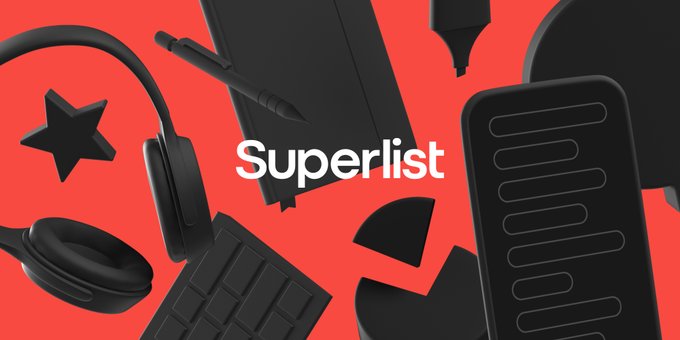 With Wunderlist finally being shut down today, Christian Reber, the founder of the beloved task manager announced this week that he was working on a new productivity app called Superlist. Reber described the project on Twitter as a “fresh new take on supercharged team productivity”.

Today is a good day for reflection. With @Wunderlist closing down and @Pitch ramping up toward launch, I'm excited to announce a new company: @SuperlistHQ — a fresh new take on supercharged team productivity. https://t.co/YNmddyQxpP

In a follow-up tweet, Reber stated that he will continue to focus most of his time on his existing startup named Pitch, while providing support and guidance to the Superlist’s team. “I want to thank all users of Wunderlist, and everyone who worked on it. We put our heart and soul into building a product that people loved and that we could be proud of. Now it’s time to do that again! The saga continues…,” Reber wrote on Twitter.

For those don’t know, Reber was interested in buying Wunderlist back, just a couple of months ago when Microsoft revealed its plans to sunset this service. The founder even tried to contact the software giant but didn’t receive a positive response at that time.

Reber has yet to announce when Superlist will be available, though a landing page for the app already exists. If you’re interested, feel free to complete the signup process to get notified about its release. Additionally, the Superlist team is looking for developers to help build the service. As it remains to be seen what Superlist could do, the team is apparently targeting former Wunderlist users who aren’t ready yet to make the transition to Microsoft To-Do.