The surreal Xbox One shooting game, ArteLunoda, is currently available to grab for free from the Microsoft Store. The game usually retails for just 99 cents but a free download is a free download so those who have an Xbox One console may as well download it and give it a look.

Welcome to 2D STG where the light swirls! Four-way key or left stick: Move, A button: bullet of four shots! As much as possible approach the enemy and hit the bullet!, B button: Burst mode start! The speed of movement and the rate of increase of the bonus multiplier will be tripled! However, it costs a big burden on me! The life reduction speed is also triple, so if you are not careful it's straight to hell! During the burst mode it gets red and it's cool!

Life will decrease with time and you will die. Life will recover if you hit a shot against the enemy! Anyway attack the enemy with attack! Continuing to hit the attack will also increase the bonus multiplier! Of course, even if you hit an enemy your life will decrease, so be careful! Stage break by earning score! One point advice: Approach a hard enemy and hit the bullet with burst mode! The bonus multiplier will rise with unbelievable momentum!

Have you had a chance to play ArteLunoda on your Xbox One console yet? Let us know if you liked it in the comments below and make sure to like us on Facebook for more video game news. 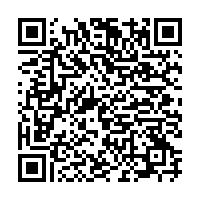