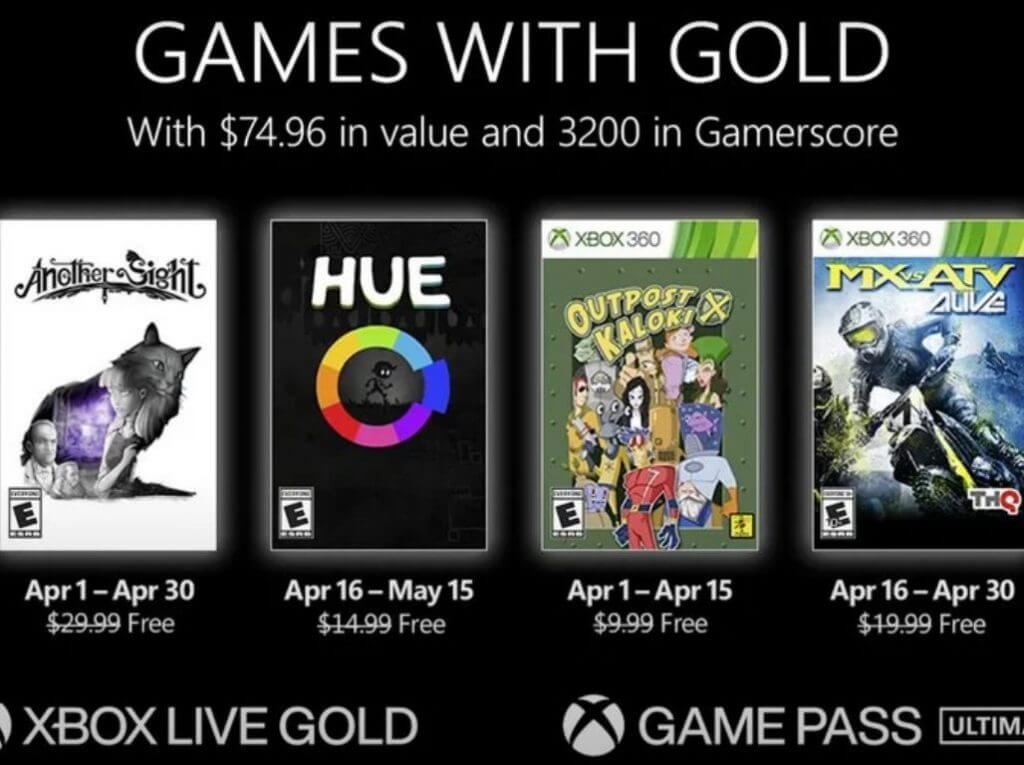 We are almost at the end of March, and that means Microsoft has made the announcement highlighting the games that have made it to the April Games with Gold lineup. The list includes Another Sight, Hue, Outpost Kaloki X, and MX vs ATV Alive on Xbox One and Xbox Series X|S.

As always, it is worth noting that Xbox Live Gold members will only have exclusive access to these games for a short period. We will provide you with a detailed account and all the information you need in regard to the Gold titles released. April's titles will cost you up to $75 which is slightly lower than last month's $95. Here's a look at the titles.

Switch between two characters – the intrepid teen Kit, and the mysterious red-furred cat Hodge, as you explore the late Victorian era London in this the steampunk fantasy platform adventure. With an emphasis on culture and character and packed with historical cameos, Another Sight focuses on the emotional development of the relationship between its two protagonists as they rely on each other to traverse the cleverly designed levels.

Unlock a world of colors in this beautiful platform puzzler. Search through a gray world for your mother who has turned an impossible color due to the fracturing of the Annular Spectrum. Find the shards and make obstacles disappear to reveal new pathways and more puzzles. The further you go, the more colors you unlock and the tougher it gets.

Build your intergalactic tycoon empire. When life gives you lemons, blast into space and start selling lemonade. And while you’re at it, why not add on an arcade, singles bar, or whatever your entrepreneurial big tycoon brain can cook up? Keep the aliens happy and rake in the cash.

Gear up for some aggressive racing across a wide variety of tracks. Feel total control of your customizable rider and bike with the Rider Reflex. Have fun ripping thru the mud, sand, and snow as you own the competition.

With all that said, there is still a bit of time for you to grab Vicious Attack Llama Apocalypse before March ends. It's the last game left from March's Xbox Games with Gold. And, if you're not subscribed, you can also use this chance to subscribe to Xbox Live Gold if you haven't already. Or, try Xbox Game Pass Ultimate.

Microsoft is testing ray tracing on Minecraft on Xbox