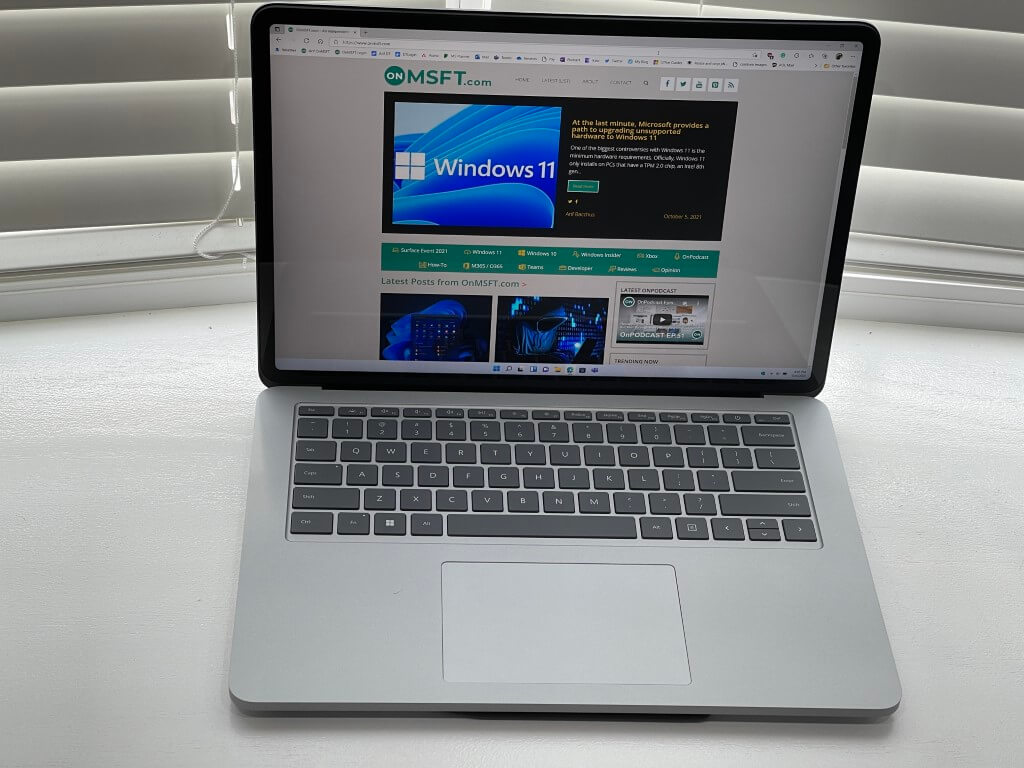 The Surface Laptop Studio is getting the April firmware update, and it is a big one. This month's patch brings the Voice Clarity feature, as well as some improvements for the haptic touchpad.

If you missed the original announcement, Voice Clarity on the Surface Laptop Studio works with artificial intelligence and can help improve the way you sound on your Teams calls. It is one of three things that's new with the April patch. The other two include improved haptic touchpad response and reliability, and improved device audio performance and stability. If you're in search of the update, here's what you'll see in Windows Update.

Do note that Surface firmware updates usually roll out in phases, so if you're not seeing this today, it might eventually roll out to your system. You'll know when you have it as you can visit Windows Settings, click Windows Update, and Check for Updates and see the list populate. Note that since this is a large update, your device will restart and you will have to be a bit patient while it applies.

How to dual boot Windows 10 and Windows 11