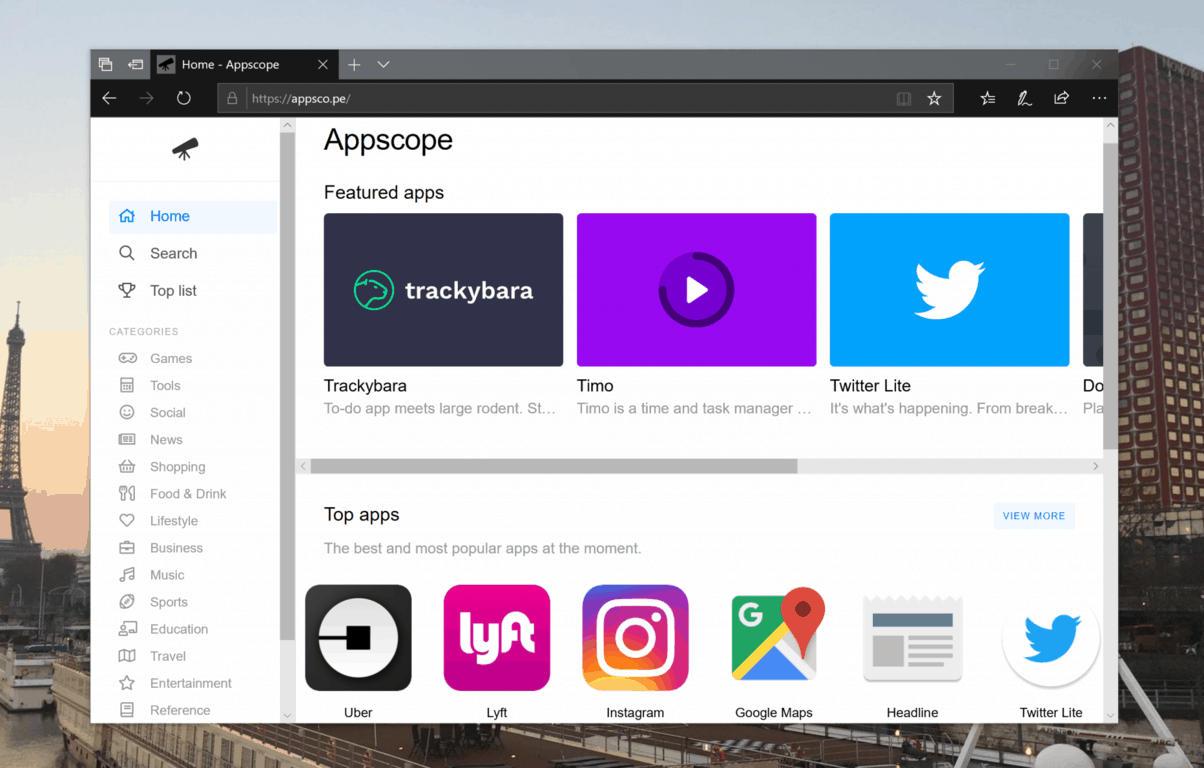 Earlier this year, the April 2018 Update officially brought support for Progressive Web Apps to Microsoft Edge and Windows 10, making it possible for app developers to create web apps that work like native apps on the desktop OS. So far, Twitter has been pretty much leading the way with its PWA that supports video uploading, Task Bar Jump Lists and even the new Windows 10 Timeline feature, but Microsoft hasn’t been doing a great job at surfacing great PWAs you can use on Windows 10.

For the record, the Redmond giant did say that it would use the Bing crawler to automatically index quality PWAs from the Web to publish them in the Microsoft Store, but the company has been pretty silent on that front over the past couple of months. Enter Appscope, a new online directory that lists hundreds of PWAs that are compatible with all devices (via The Next Web.)

Appscope isn’t the only website listing quality progressive web apps on the Internet, but it may be the one with the best overall design. It basically looks like an App Store with curated collections, and it also works great on mobile devices. “Appscope is a directory for the best Progressive Web Apps, apps that run in the browser, work on all devices, launch instantly, and can be installed to work offline. We list new apps everyday, submitted by amazing developers and contributors,” the company claims.

Uber, Lyft, Tinder, Twitter, Pinterest, Lyft, and Starbucks are among the post popular PWAs found on Appscope as of this writing, but you'll also find a collection of 20+ games including 2048 and a Flappy Bird clone. On a Windows 10 PC, clicking on one of these PWAs will just launch the website, though in the case of Twitter it will launch the Microsoft Store app (which is a PWA) if you have already installed it on your PC. 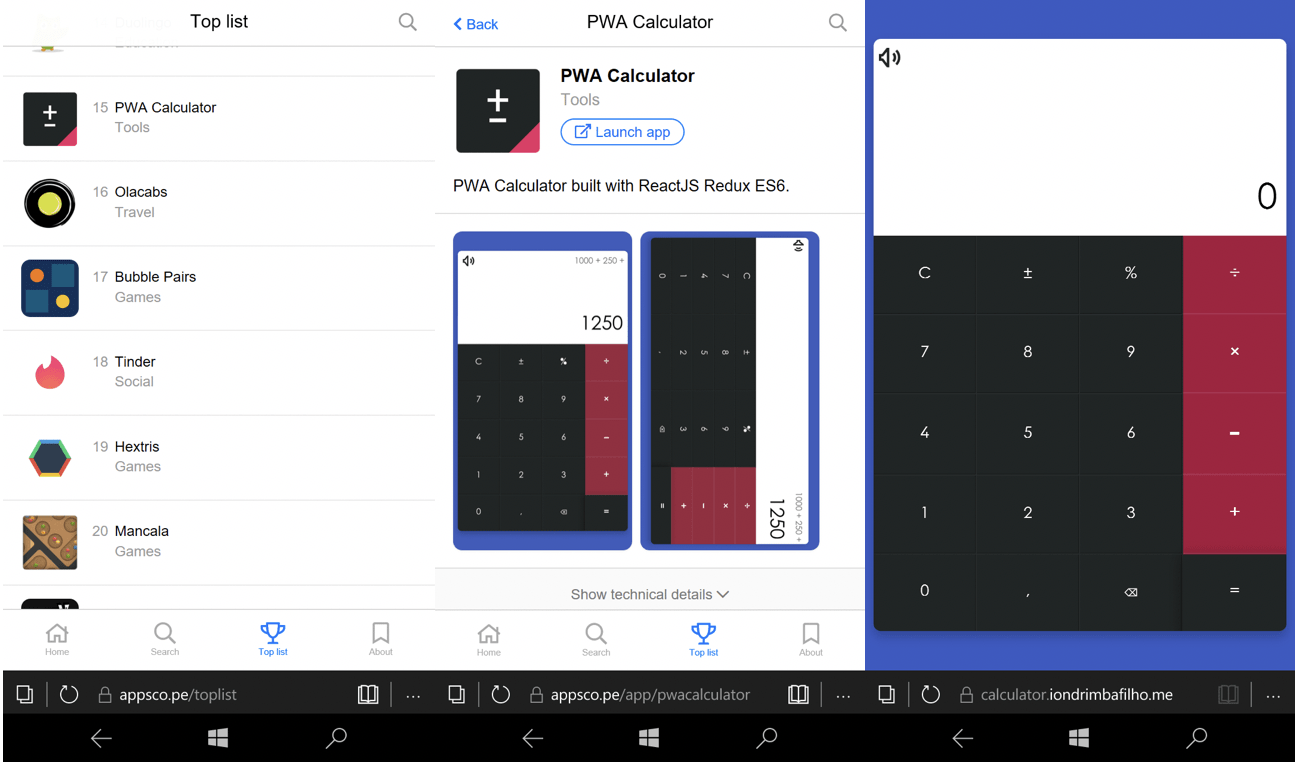 It’s worth noting that Appscope also works on Windows 10 Mobile phones, but the mobile OS doesn’t fully support PWAs. Still, Appscope remains a great way to discover websites that should provide a good experience on mobile devices, and you can pin all of these PWAs on your smartphone home screen. However, your mileage may vary: several games listed on Appscope didn’t work properly on the Windows 10 Mobile version of Microsoft Edge.

PWAs are a very promising technology, but unless we see official PWAs for YouTube, Gmail, Outlook.com or Reddit in the Microsoft Store, consumers and developers likely won't care. Many PC users live in their web browser, while we already have excellent native apps on iOS and Android. Again, Twitter seems to be one of the very few big companies pushing its PWA on Windows 10, and even that app won't replace native Twitter clients or other web-based services like Tweetdeck for power users. Still, if you don't like the process of installing apps on your PC or phone, Appscope should be an interesting resource for you.