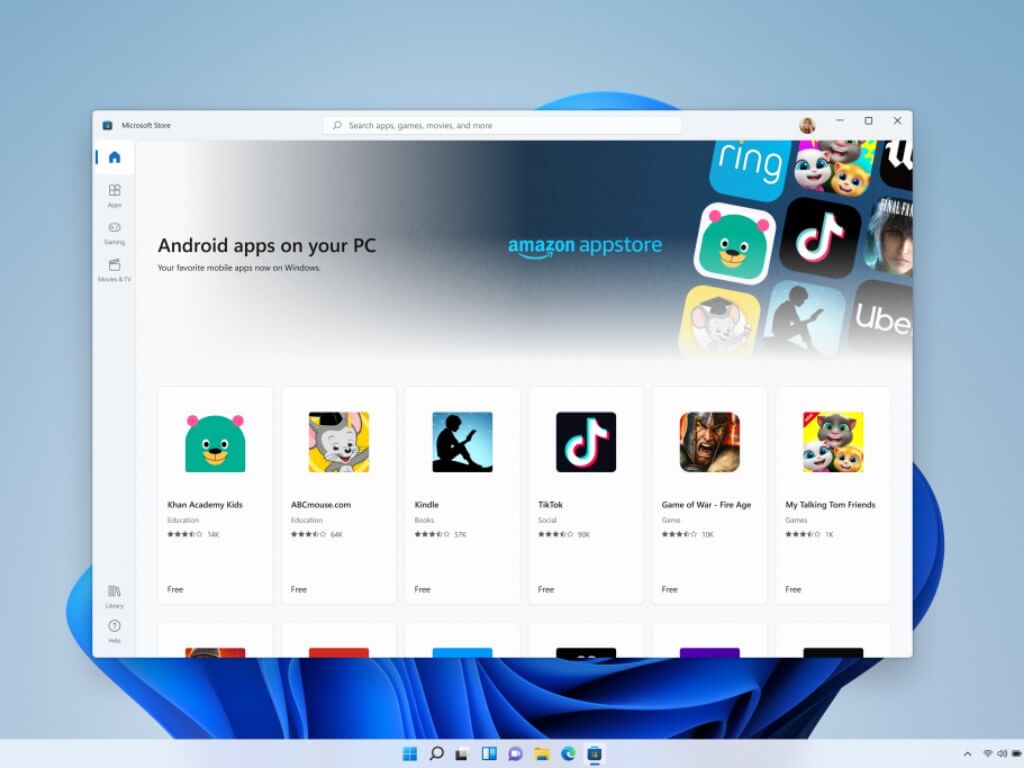 Windows 11 will officially launch on October 5, 2021, but the OS will be missing the promised integration of Android apps at launch. Microsoft announced back in June that the new Microsoft Store on Windows 11 will feature Android apps thanks to a partnership with Intel and Amazon, but this new integration will only launch in preview for Windows Insiders in the coming months.

"We look forward to continuing our journey to bring Android apps to Windows 11 and the Microsoft Store through our collaboration with Amazon and Intel; this will start with a preview for Windows Insiders over the coming months,” the company said this morning.

Microsoft announcing Android apps support on Windows 11 was quite a surprise, though details about the integration have been pretty scarce. We know that Windows 11 will leverage Intel’s Bridge technology to make these Android apps run on Windows 11. These apps should also appear in the Windows 11 Microsoft Store, but they will actually be downloaded via the Amazon Appstore, similar to the integration between Xbox Game Pass for PC and the EA Desktop game launcher for EA Play games.

Microsoft previously showed that Android apps on Windows 11 will behave like regular Windows apps: users will be able to pin them to the Start Menu and Taskbar, and they will also support new power user features like Snap Assist. It's not exactly clear why the integration won't be ready for the launch of Windows 11 in October, but this is still an interesting initiative to solve the app gap that has plagued the Microsoft Store since its launch on Windows 8.

Compared to the Google Play Store, the Amazon App Store offers an inferior selection of apps, though there are a couple of big names including Pinterest, Facebook, Instagram, Twitter, Zoom, Tiktok, Netflix, and Spotify. Microsoft's all-in-one Office app is also available on the Amazon Appstore, but Google apps are obviously absent due Amazon's store competing directly with Google Play.