Amazon: our Windows Phone app did not provide the best experience for Windows 10 customers 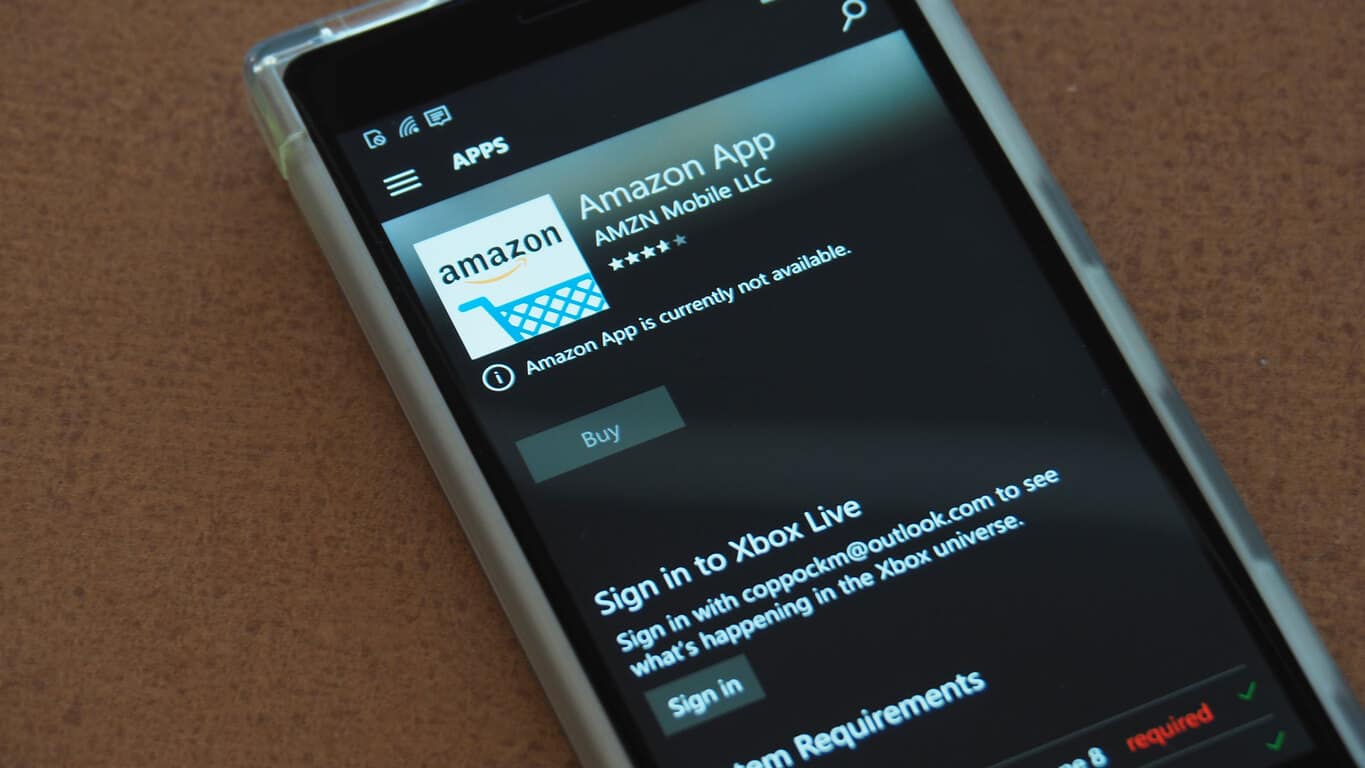 A few weeks ago, Amazon removed its shopping app from the Windows Store, which meant that anyone who didn’t already have the app installed on their device, couldn’t obtain it. Yesterday, we reported that the company has now announced it is retiring its Windows Phone app on July 25th. In light of these changes, we reached out to Amazon for comment and have received a response from a spokeswoman.

A spokeswoman for Amazon, Angie, stated:

Thanks for reaching out and your interest in the Amazon App for Windows Phone. Regarding your questions below, we cannot comment on our product roadmap. The current Amazon App was built on Windows 8 and it does not provide the most customer obsessed experience for Windows 10. We encourage customers to visit Amazon.com in their mobile browser where they will have access to our newest shopping features and customer experience.

It appears that Amazon believes the Windows Phone app was creating a bad experience for customers who used it on Windows 10 Mobile, which in turn hurts Amazon’s reputation. Whilst it isn’t confirmed that Amazon is creating a new app built for Windows 10, this statement does give a clue as to what could be ahead for Amazon on the Windows platform. Angie quite clearly states it did not provide the “most customer obssessed [sic] experience for Windows 10,” and this line points towards the company working on a better experience rather than abandoning the platform like some had believed.

In line with this, Amazon has been consistently pushing out updates for their Universal Audible app for Windows 10, which shows that Amazon is not only capable of building for the new Windows 10 ecosystem, but is also actively supporting it, with an app that provides a good experience for customers. There’s also the question of why Amazon chose July 25th as the retirement date for its current app, since it is so close to the release of the Anniversary Update. This further makes us believe that Amazon could have a new app lined up in time for the biggest update to Windows 10 so far.

It is too early to say whether a Universal Amazon app is heading our way. However, it would be alarming if it didn’t, particularly considering that Amazon competitors Flipkart is making full use of the Windows 10 ecosystem by providing clean UWP app that works across a range of devices. Amazon wouldn’t want to cut-off any of its customers, as it is a very customer-centric company, with that being its ethos.