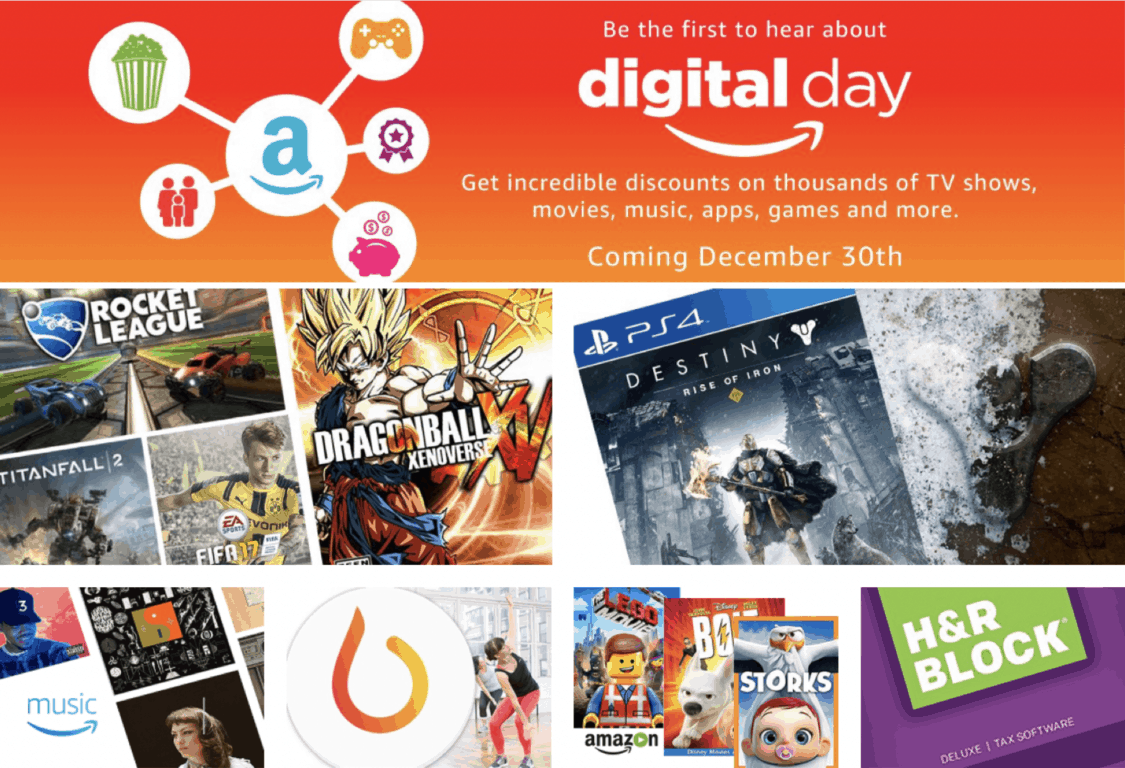 Amazon is set to kick off it's second annual Digital Day event, bringing big savings on games, movies, comics, more across Amazon. The retail giant is planning for over 5,000 deals, which is 40% more than last years event. The deals kick off tomorrow at 12 am ET tomorrow on Amazon.com, the Amazon App, and the Amazon Appstore.

Here's some of what you can expect, noted to us in an email from an Amazon representative.

These are just a small look at the biggest upcoming deals. Feel free to check out the deals tomorrow, and come back to let us know what you purchased by dropping us a comment below.