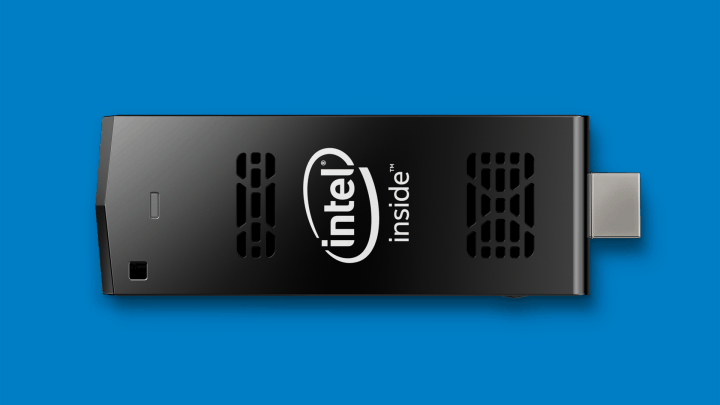 We previously reported about Intel’s nifty portable computing offering in the form of the Intel Compute Stick with Windows 8.1 pre-installed. As it happens, a new version is now available with Windows 10 on board from Amazon for $153, reported Microsoft News.

Basically a mini-computer the size of a USB that can be plugged into any available screen with HDMI input to transform it into a PC, the Intel Compute Stick features a quad-core Atom processor (further digging reveals it’s a Baytrail-T), 2GB of RAM and 32GB of eMMC storage, with Micro SD slot for easy expansion. There is an USB 2.0 port for connecting your peripherals, in addition to a micro-USB plug for charging. Of course, if you prefer wireless for your workstation and have some Bluetooth mice and keyboards around, the stick’s Bluetooth 4.0 support ensures they will work well.

Besides the Windows version, there is also an Intel Compute Stick with Ubuntu 14.01 pre-installed, though that version only has 1GB of RAM and 8GB of storage.