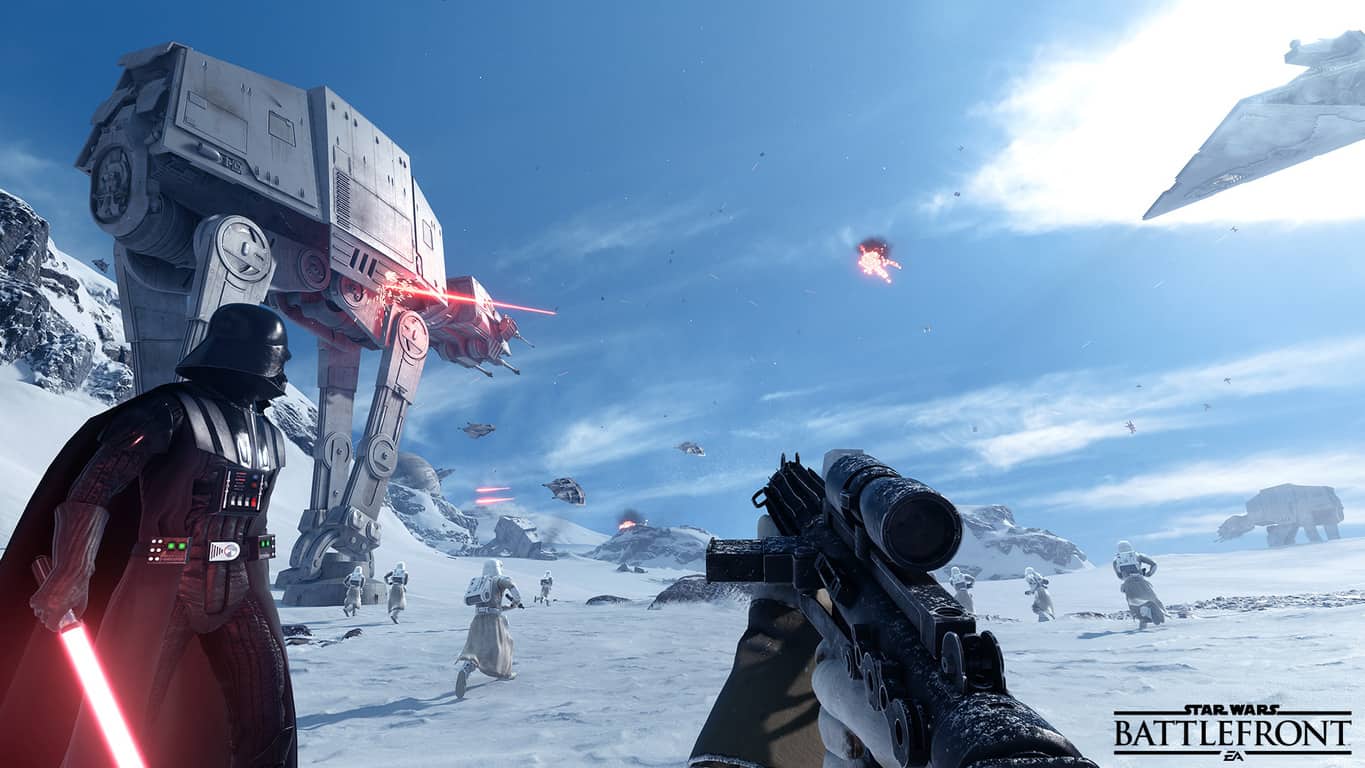 If you're getting anxious to play something new and you happen to love everything Star Wars, Amazon might have a deal for you. The physical copy of Star Wars: Battlefront is available for purchase for as low as $17.20 USD.

The first person/third person shooter is a reboot of the 2006 video games. It was originally released nearly a year ago on November 17,2015. In that time, it has accrued three expansion DLC: Outer Rim to fight Jabba the Hutt's palace, Bespin where you fight through the cloud city, and Death Star which should be a little obvious.  The other known expansion known to be in the works is Rogue One: Scarif which is expected early next year. All of which can be bought with the Season Pass.

If you haven't yet and you like what you see from the sequel, now might be the time to buy. Normally sold at the usual $59.99 price tag for a newer game, this sale price is a steal. Particularly if you're interested in diving deep into the world of Star Wars. And unlike digital purchases, this nets you the game case to put onto your shelf of other Star Wars paraphernalia.