Alpha Ring Xbox Insiders get a Skip Ahead option, gives access to new features early - OnMSFT.com Skip to content
We're hedging our bets! You can now follow OnMSFT.com on Mastadon or Tumblr! 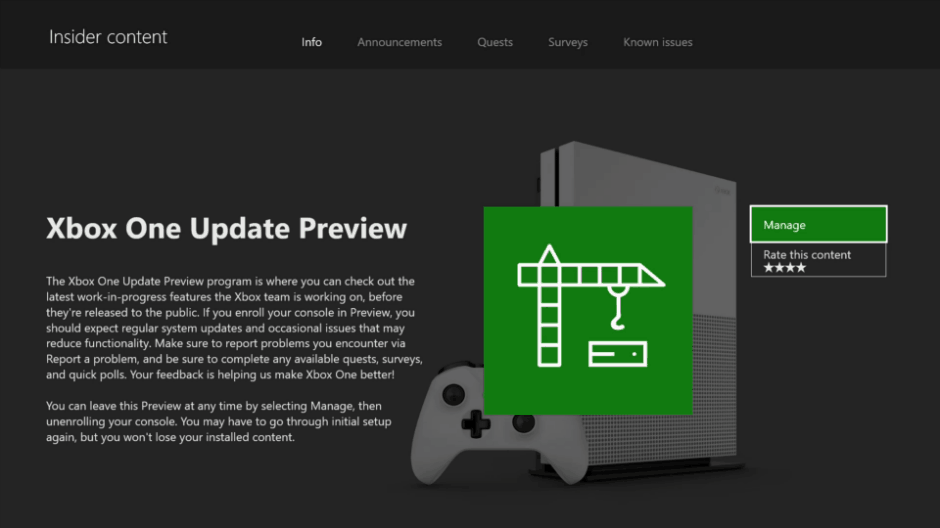 Microsoft today announced they have added a new Skip Ahead option for Xbox Insiders who are enrolled in the Alpha Ring. This new "Alpha- Skip Ahead" ring will give select gamers early access to new Xbox features and takes inspiration from the Skip Ahead feature of the Windows Insider Program.

The new Skip Ahead option will branch the Alpha RIng to preview so gamers can preview both Redstone 4 and Redstone 5 builds simultaneously,  It will become open to all Alpha members in the current weeks, and by invitation for other Xbox Insiders. Importantly, Alpha members will still have the chance to decide if they want to stay on Redstone 4 or continue ahead to Redstone 5, and can always change back their enrollment status instantaneously

Microsoft says that Alpha-Skip Ahead builds will typically come months before it releases to the general public. Gamers with Alpha-Skip Ahead builds will also see new features, apps, and experiences before everyone else. This all means they should have a bigger role in shaping the future of Xbox and suggesting new changes to members of the Xbox Feature Team via Quests and Surveys.

According to Savannah, an Xbox Program Manager, Microsoft came to this decision after noticing that Xbox Insiders eager to preview new features, apps, and games. Skip Ahead Redstone 5 builds will be less stable than previous Alpha builds, so gamers might want to choose at their own will. Microsoft also says that some Skip Ahead features will be announced and others may not be announced at all. It is all part of Microsoft's plans for working with teams across Xbox to find ways to better introduce new experiences in Xbox Insider builds.

GTA San Andreas, Midnight Club LA and Rockstar Table Tennis are now backward compatible, and they're on sale too