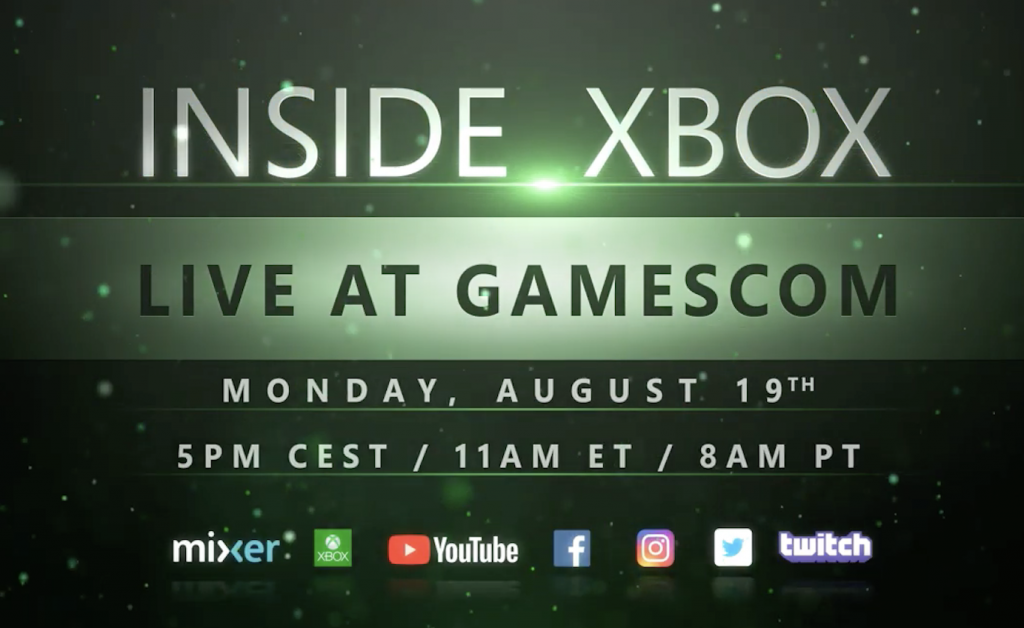 Microsoft is planning a big presence at gamescom in Germany, next week, and the Xbox team will kicks things off with a special Inside Xbox episode live from Cologne on Monday which will kick off at 5 p.m. CEST / 11 a.m. ET. The program looks quite promising with new Xbox Game Pass announcements, information about the XO19 event in London in November, as well as new accessories.

If you live near Cologne, be aware that Microsoft is inviting Xbox fans older than 18 to attend the event live at at the Gloria Theater in Cologne, though Admission is on a first-come, first-served basis. You can follow the @XBoxDACH Twitter account to get more information about how to attend.

Following a much talked about E3 2019 press briefing, the Xbox team will have a lot to discuss at gamescom including the new Xbox Game Pass for PC (which is still in beta), upcoming Xbox Game Studios titles, and Project xCloud. Microsoft announced that gamescom attendees will be able to go hands on with the game streaming service, which is expected to enter public testing in October.

We’ll be covering this all new Inside Xbox episode live on Monday, and as usual the event will be live streamed on Mixer, Twitch, and YouTube. We'll also be attending gamescom next week, so stay tuned to OnMSFT for our hands-on impressions with Project xCloud.