Aliens: Fireteam Elite is coming to Xbox Game Pass for Console and PC on December 14 Skip to content
We're hedging our bets! You can now follow OnMSFT.com on Mastadon or Tumblr! 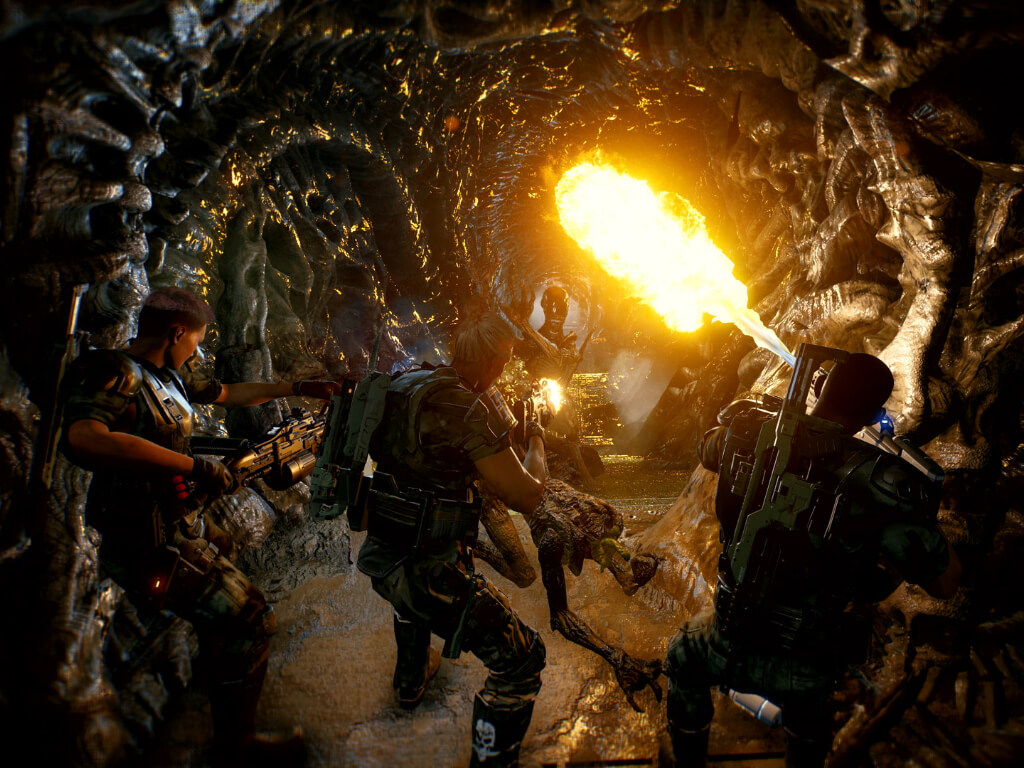 Aliens: Fireteam Elite, the co-op third-person shooter set in the "Alien" universe is coming to Xbox Game Pass for Console and PC on December 14. The game will also gain support for crossplay between Xbox and Windows 10 players on that date, which should be good news for players who've been struggling to find teammates since launch.

There have been many video games inspired by the cult classic science-fiction horror film series, but not all of them have been great. Aliens: Fireteam Elite quickly disappeared from the radars following its release on Xbox, PlayStation, and PC on August 24, 2021, but Xbox Game Pass availability, crossplay support, and fresh new content should really help to bring the game back to the spotlight.

Aliens: Fireteam Elite will join the excellent survival horror game Alien: Isolation on Xbox Game Pass, and you really check it out if you enjoyed other coop shooters on the catalog such as Back 4 Blood or World War Z. As December is now almost upon us, stay tuned as Microsoft will likely have more Xbox Game Pass announcements later this week.