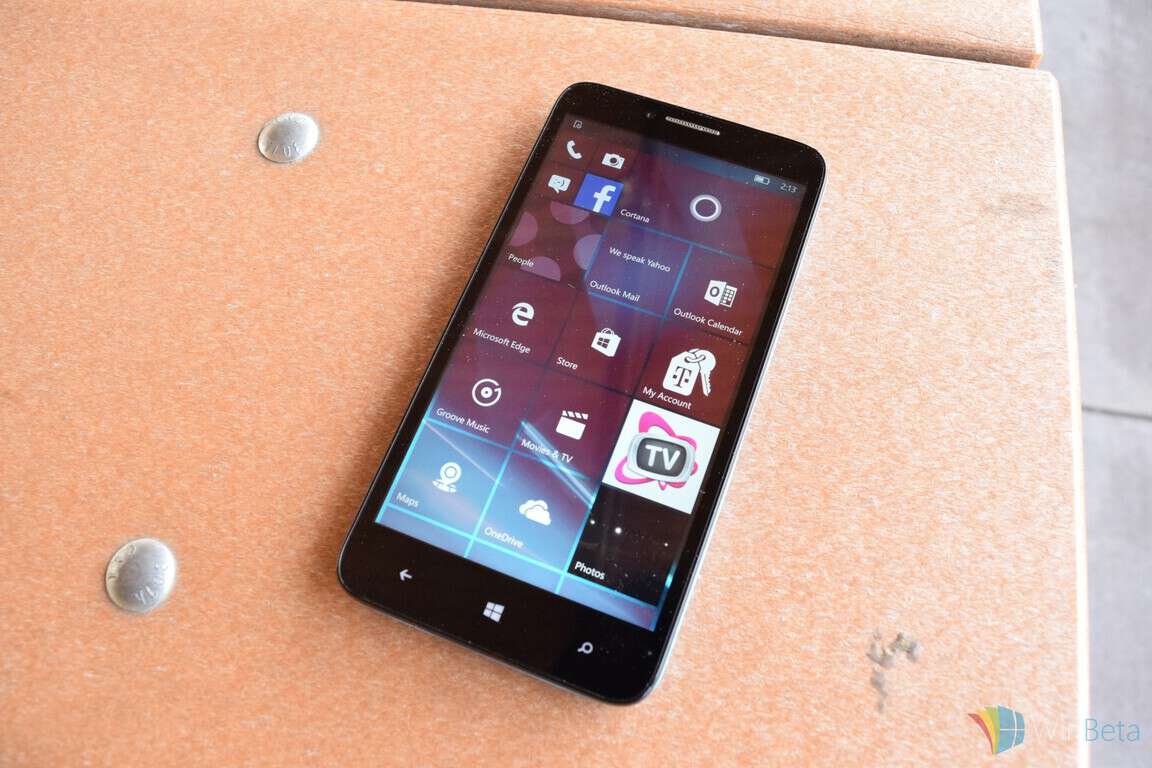 The Windows 10 Mobile hardware ecosystem has been a bit wanting lately, with only the HP Elite X3 release providing any excitement. With news that the rumored Surface Phone could be a long time coming, it's left to other OEMs to pick up the slack. Alcatel is one such manufacturer, and while we've seen hints and rumors about the upcoming Idol 4 "superphone," nobody had yet managed to leak any other information.

That's all changed, as winfuture.de (via Neowin) has published some alleged leaked images of the upcoming Windows 10 Mobile device. To refresh your memory, here are the supposed specs, according to a benchmark entry:

GFXBench clearly lists the handset as “6071W Alcatel Idol Pro 4” and reveals some of the specifications of the device — possibly the prototype being tested by the company. As per the listing, the handset will feature a 6-inch display sporting a resolution of 1920 by 1080 pixels and will be powered by a Qualcomm Snapdragon 820 processor paired with 2GB of RAM and Adreno 530 GPU.

It lists 2GB of RAM, but it’s worth pointing out that while benchmarks have been a good source of information, they are not always 100% with certain figures. It’s quite possible that the new device would ship with more RAM to match other high end smartphones these days.

Other listed features include a 20MP camera for photos and videos, a 9MP front-facing camera, and 64GB of internal storage on board. As for the operating system, it’s rumored to ship with Windows 10 Mobile pre-installed out of the box.

That definitely sounds like a high-end device, and now we're left wondering when Alcatel might release it and how it will be priced. The Windows 10 Mobile market definitely needs a pick-me-up lately, at least in terms of hardware, and be sure to let us know in the comments if Alcatel could provide you with something to hold you over until the Surface Phone is released (if ever).