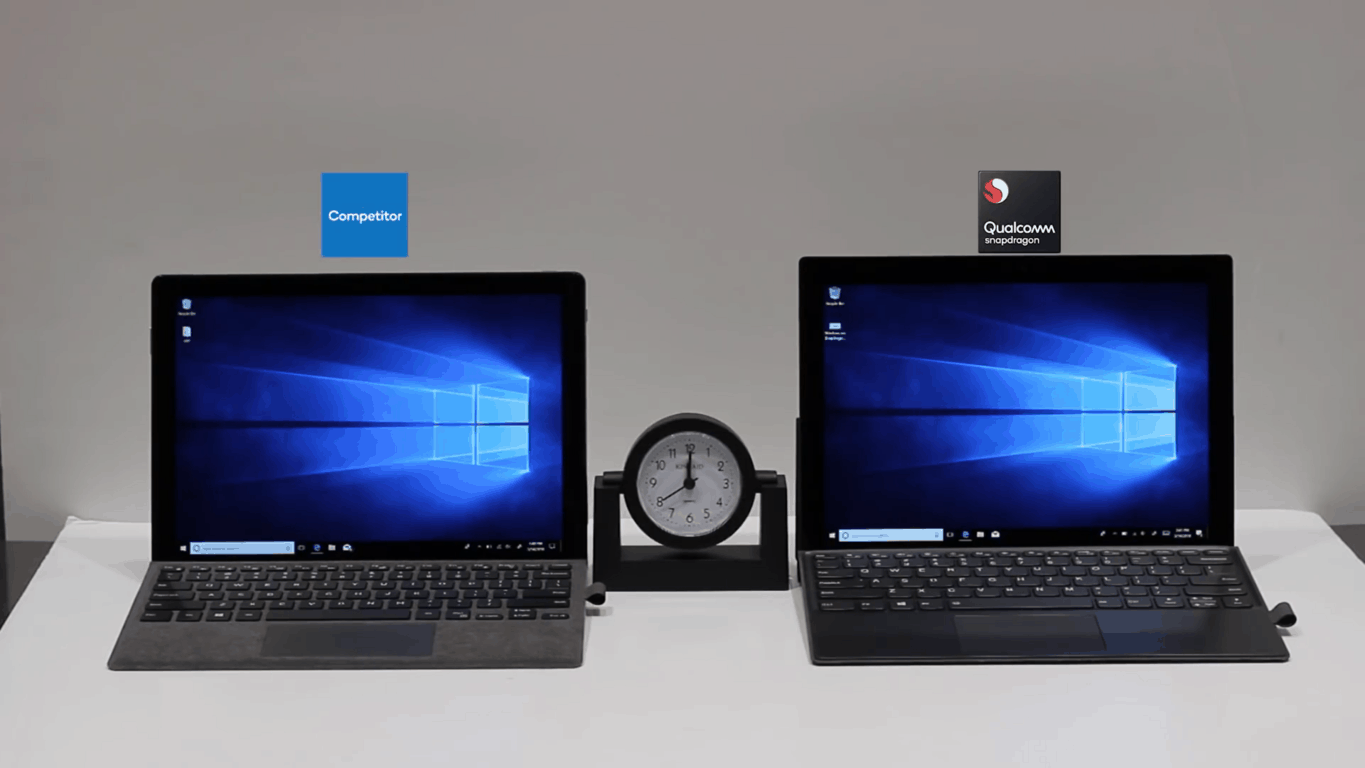 The Always Connected PC had the big promise of being the next big thing for Microsoft, but early reviews of the first Windows 10 on ARM PCs were not the best. Many publications had big issues with the performance of their review machines and some instead opted to highlight the excellent battery life with Always Connected PCs. Well, Qualcomm may now be lashing back, recently publishing several YouTube videos highlighting the benefits of Windows 10 on ARM (via Tech Radar.)

The first video, seen below, highlights the "epic battery life" of Windows on Snapdragon. It shows an unnamed competing PC dying out after just 13 hours of looping videos, and a Windows 10 on ARM PC lasting over 21 hours doing the same. Qualcomm ends the spot by claiming "Superior battery life," though the 21 hours is ambitious compared to  the 12 hours that CNET, Laptop, and PCMag experiences in their testing of the ASUS NovaGo Always Connected PC.

Next up, Qualcomm highlights how Windows PCs running on Snapdragon can run cool and stay fast. Again using an unnamed competing device for a comparison, Qualcomm shows a heat and performance map for the devices after 15 minutes of streaming video and gaming. Qualcomm claims the competitor's device gets so hot that it needs to throttle performance to 36FPS whereas their own device is able to hold performance to 56FPS.

Finally, Qualcomm points to the hallmark feature of Windows running on Snapdragon--- instant on. The company holds that Snapdragon-powered PCS can instantly turn on just like a smartphone. In the testing, both devices are put to sleep, and after three hours the Always-Connected PC instantly turns on, whereas the unnamed competitor (looks to be a Dell) struggles to boot up.

Despite what tech publications may say, it is really obvious that Qualcomm is trying to highlight the benefits of the Windows 10 on ARM devices. We're looking forward to eventually trying out an always connected PC, so we can't speak for the performance issues or comparisons ourselves just yet, but the claims still seem good enough. Do you think the benefits of Windows 10 on ARM outweigh the negatives? Let us know your thoughts below.

Microsoft Edge is now optimized for iPads and Android tablets