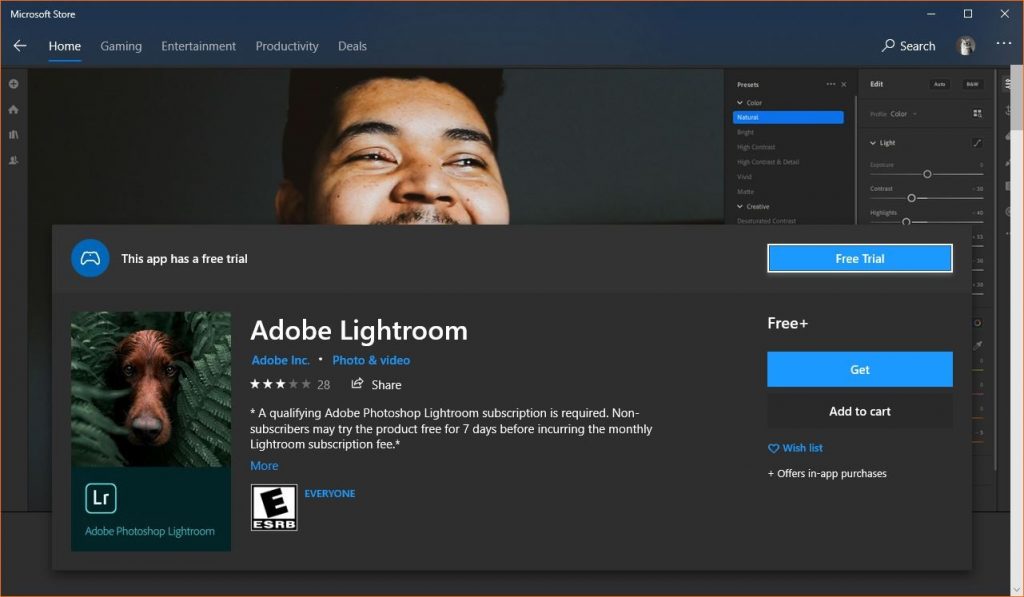 Most development isn't done in a vacuum but it sure seems like since Apple's M1 Mac announcements that Adobe has gotten shot in the arm when releasing its apps for ARM-powered platforms.

Adobe announced today that it's ready to release a native Lightroom app for Apple M1and Windows on ARM. The Lightroom release follows a beta version of Photoshop hitting both platforms last month in November. Adobe is making it clear that it's working quickly to support applications on ARM meant for heavier desktop computing needs.

I’m excited to announce that the latest version of Adobe Lightroom is now a native app for both Apple M1 and Windows Arm platforms.

We rebuilt Lightroom to take advantage of the newest performance and power efficiency benefits of the Apple M1 and Qualcomm Snapdragon (for Windows 10) processors.

In addition to a native M1 and WoA client, Adobe users are also receiving some other feature updates that include:

Microsoft recently updagraded its Surface Pro X hardware with an evolved SQ2 chip which has delivered some graphical performance boosts over the original SPX releases which benefits GPU dependant applications such as Adobe's Creative Suite. Holistically looking at the upgraded SQ2 chip, this native Lightroom app, native Photoshop beta, and the promised emlation layer improvements, we can start to see a future where Pro X and Pro converge.