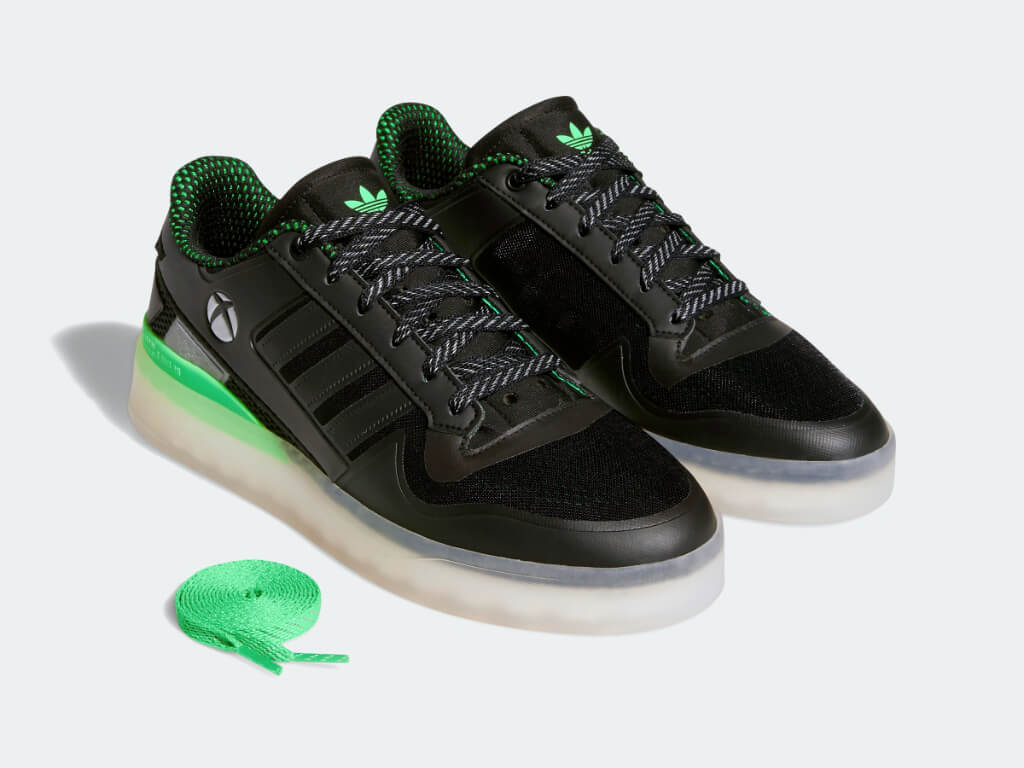 Xbox and Adidas have just taken the wraps off a new pair of Xbox sneakers inspired by Microsoft’s Xbox Series X console. With a $140 price tag, the Adidas Forum Tech Boost are the first-ever Xbox-inspired sneakers to be available to purchase globally, and the sportswear brand worked hard to create a “timeless” design.

This is actually the third pair of sneakers coming from a collaboration between Xbox and Adidas to celebrate the 20th anniversary of the Xbox brand. The first Adidas Originals by Xbox sneakers were unveiled in October but didn’t go on sale, and they were followed by the Xbox 360 Forum Mid which were available to purchase exclusively in the US and Canada. You may need to take a close look at them, but these new Adidas Forum Tech Boost sneakers try to imitate some of the traits of Microsoft's Xbox Series X console. "Draped in black netting against a green liner, the inside of the shoe resembles the iconic green vents of the Xbox Series X. The sneaker also includes our modern Xbox sphere logo with subtle highlights, to represent our console power button and the elegant style of the Xbox Elite Wireless Controller," the Xbox team explained today.

The Adidas Forum Tech Boost are available to purchase for $140 USD on adidas.com, but you can also find them at partner stores worldwide including the US Microsoft Store. Let us know in the comments if you think these Xbox-inspired sneakers could be a cool last-minute holiday gift for Xbox fans.