It’s been two months since AdDuplex last released some numbers about the Windows 10 userbase, but their July 2021 report is out today with interesting new data about 60,000 surveyed PCs. According to the analysis, 26.6% of these PCs are already running Windows 10 version 21H1 in July, which isn’t bad for an update that started rolling out in May. 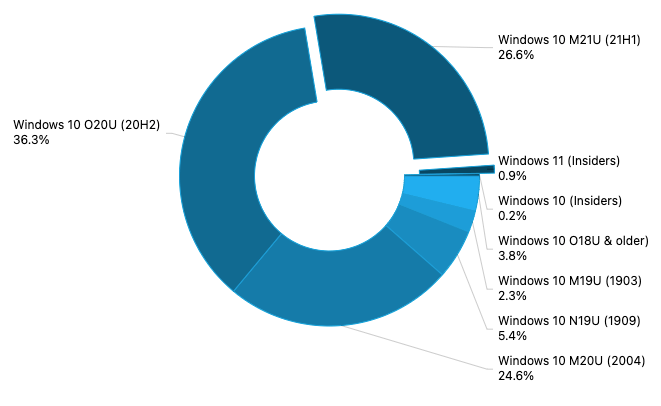 Overall, AdDuplex noted that “2020-21 versions of Windows 10 are now on more than 88% of Windows 10 PCs surveyed. Last month, Microsoft announced that it had increased the number of PCs that are approaching end of servicing that will automatically update to Windows 10 version 21H1.