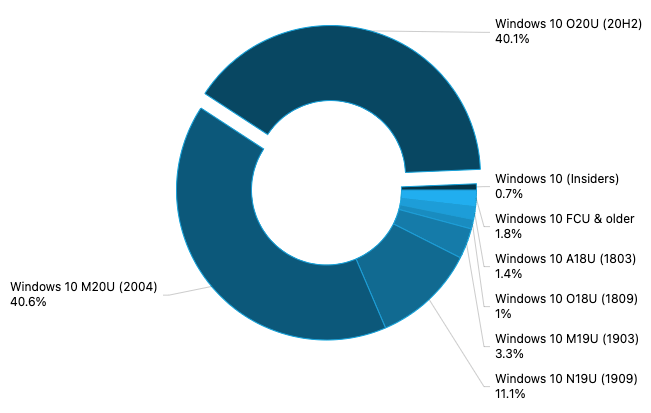 As always, keep in mind that AdDuplex’s data is based on PCs running the company’s ads, so it’s not a perfect picture of the Windows 10 ecosystem that now includes over 1 billion devices. Still, AdDuplex’s monthly surveys are better than nothing in the absence of monthly detailed stats from Microsoft.

Are you already running Windows 10 version 20H2 on your PC, or are you running an older or newer version of the OS? Let us know in the comments below.