AdDuplex owner to shut down his Windows 10 Apps ratings app AppRaisin, last day to be May 6th - OnMSFT.com Skip to content
We're hedging our bets! You can now follow OnMSFT.com on Mastadon or Tumblr! 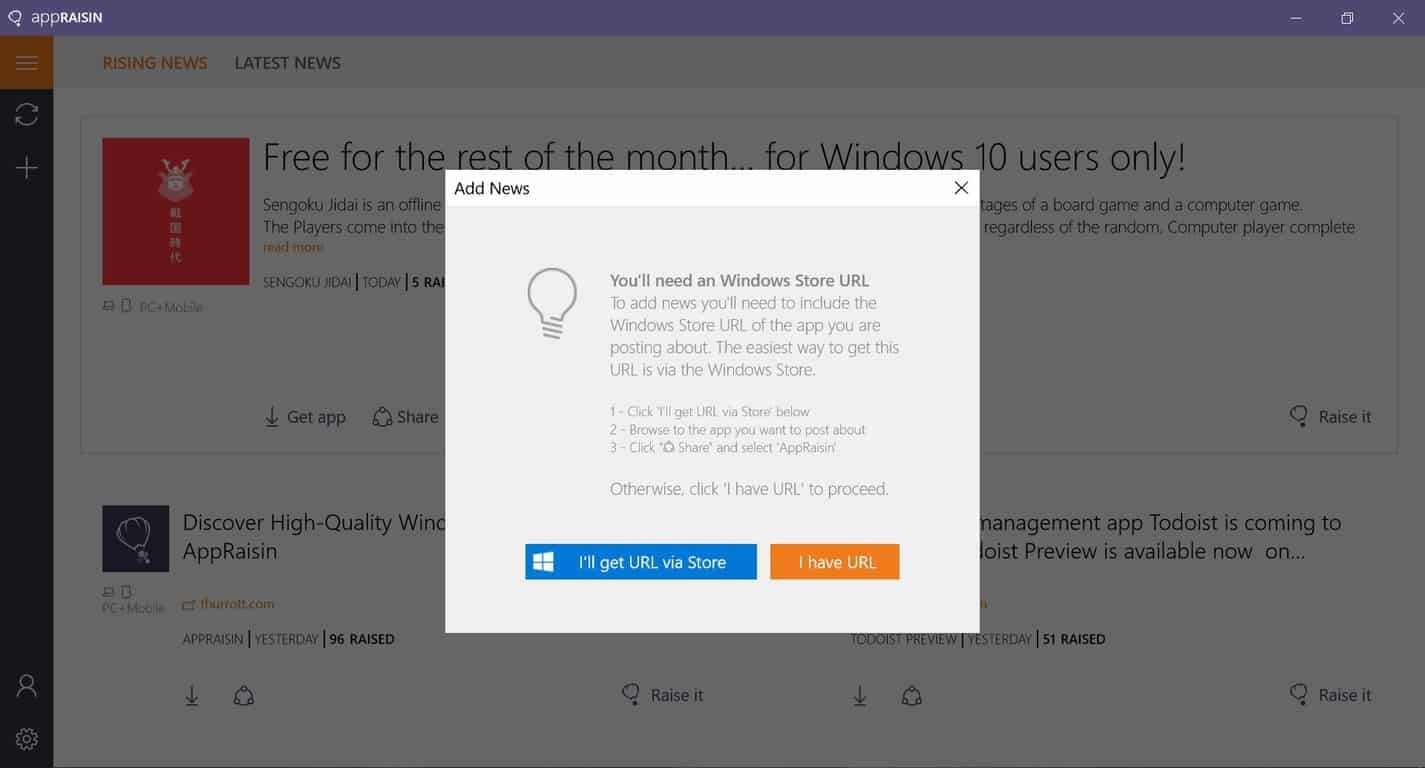 All good things must come to an end, and for Windows users, the end of AppRaisin comes with a substantive exclamation point.

As Mendelevich notes in his farewell announcement, AppRaisin had its active development ceased back on August 10, 2016, just nine months after it was initially launched and he links to a detailed breakdown of why app development was halted.

While AppRaisin had been no longer receiving any new updates or features, it remained in the Microsoft Store and maintained a 4.8-star rating by satisfied users over the years.

However, with Microsoft finally pulling the plug on Windows 10 Mobile and presumably charting a path forward with PWAs, it seems AppRaisin is reading the writing on the wall.

Since we stopped development the usage went down slowly but steadily. Yet, the distribution between mobile and desktop users didn’t change much – AppRaisin is still de-facto mobile-first app even though Microsoft’s Windows Mobile platform is not really an active thing anymore. We tried to maintain and moderate the service for as long as it provided value for the community and wasn’t a big strain for us. In recent months it just doesn’t feel like we are providing an adequately sized value for the effort.

Even though our efforts were limited in recent years, AppRaisin managed to maintain a 4.8-star rating in the Store which means that many people still find value in it that the official Microsoft Store and 3rd party websites can’t satisfy. So, while this decision was on our minds for more than a year now, we knew that it will upset some people and just couldn’t find the courage to pull the plug. It’s time though…

Despite its best efforts, it seems AppRaisin has fallen victim to Microsoft arguably confused app development strategy. AppRaisin appeared to be all in on "metro" apps and even made room to include UWP's, but fighting the uphill battle of apathetic developer interest and a cudgeling development platform vision was, in the end, a losing battle.

Hopefully, Windows 10 users will see Mendelevich and the AppRaisin team flourish in a future endeavor as Microsoft ideally, solidifies its app development story.