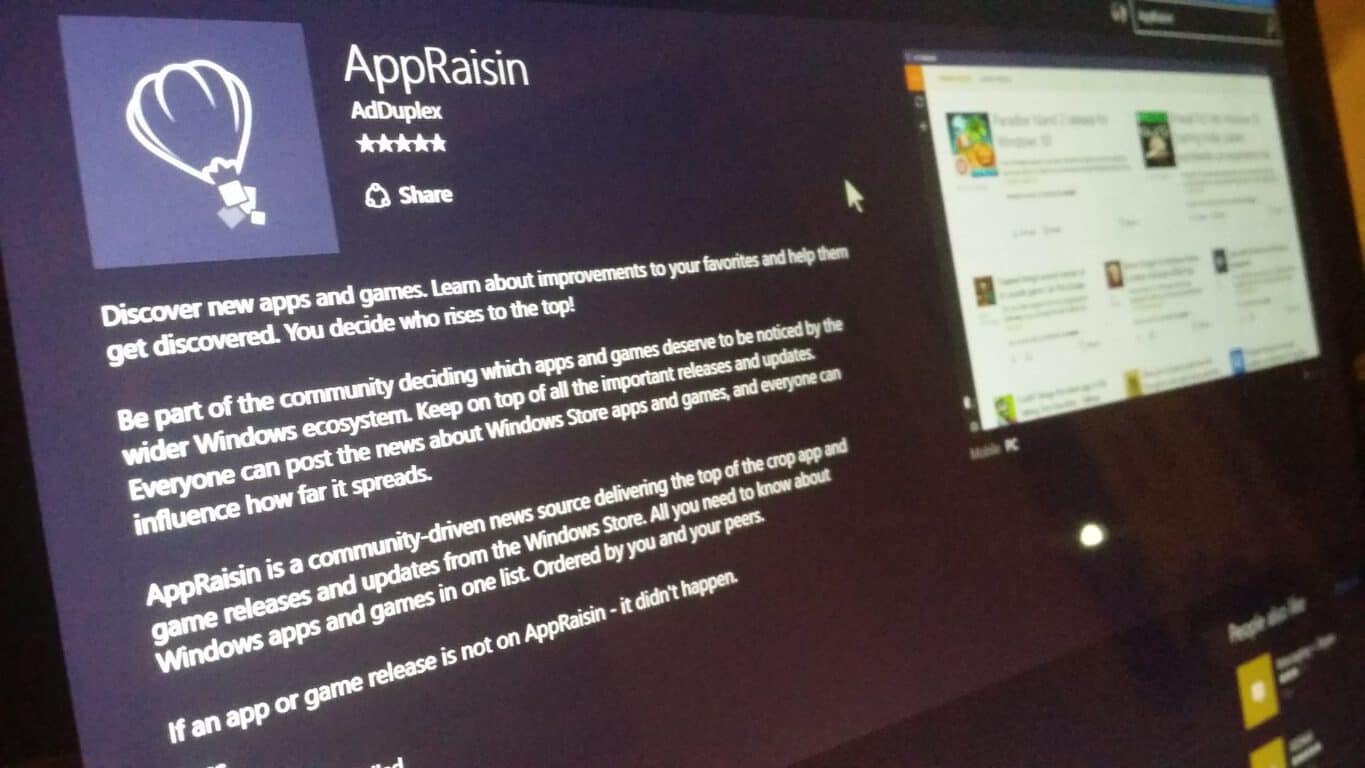 AppRaisin, a popular UWP app that helps Windows enthusiasts keep up with the latest releases and special offerings on the Windows Store will soon stop being actively developed. The app was launched last November by the cross promotion network for Windows and Windows Phone apps AdDuplex, and CEO Alex Mendelevich has just published a blog post explaining why the company decided to no longer support the app.

If you use AppRaisin on your Windows 10 devices today, Mendelevich shared that nothing will change for now:

AppRaisin is not going anywhere. We will run and support it for as long as it provides value to the community and doesn’t cost us an arm and a leg. However, we decided not to treat it as a potential money-maker for us anymore and rather focus on providing a great resource to Windows enthusiast community at a reasonably minimal cost to us.

The CEO then explained how AdDuplex realized that it couldn’t make a business out of AppRaisin, and it’s all about monthly active users: the company initially expected to get 100,100 monthly active users by the end of 2016, but the app only has under 25,000 MAU as of early August with the majority of them on Windows 10 Mobile devices. 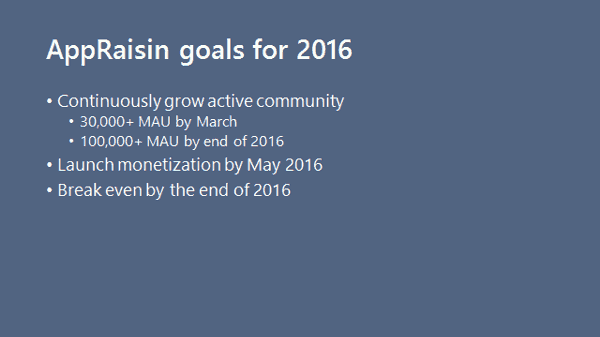 In the rest of the lengthy blog post, Mendelevich goes on to admit that he made a wrong bet by choosing to develop AppRaisin as a Windows 10 Universal app, and he’s also quite critical about Microsoft’s Windows 10 Mobile strategy. As of now, 80% of AppRaisin usage is happening on mobile, but according to the latest AdDuplex numbers Windows 10 Mobile only represents 11.19% of all Windows phones in the market. He also shared that while Windows 10 already reached a 350 million install base “the Windows Store desktop app usage doesn’t look to be there.” He added:

Looking at our numbers from this perspective we have around 20,000 monthly active users on a platform that was underdelivered to its modest potential to the tune of 7:1. Meaning that in the alternative universe where Microsoft kept its promise to upgrade all Windows Phone 8.1 devices to Windows 10, we could have had close to 150,000 MAU with the same effort.

80% of AppRaisin usage is happening on mobile.

The CEO also explained that he never managed to get AppRaisin featured on the Windows Store, even after meeting with several Microsoft employees who gave him a good feedback on the app. AppRaisin also never made it in the “New and rising” and “Top Rated” categories on the Windows Store, even if the app always enjoyed good ratings. Mendelevich finally discovered why during Build 2016:

I was told that there’s a real explanation for the phenomenon: Microsoft has “stop lists” for apps that are OK to be in the store, but not OK to be on any of the top lists. This list includes, as far as I remember, apps with questionable “legality”, apps that are primarily used to violate copyright (eg. Torrent clients), apps with “sexier” than some vague norm content, and… wait for it… apps that promote other apps as a primary feature.

In the end, Mendelevich explains that the company “failed to grow AppRaisin into a self-sustainable business, but we made a product that is used and loved by the community.” The app will keep working as usual for now, but AdDuplex now wants to turn in into a community project. To help kickstart the development of the first local AppRaisin communities, the company has launched a crowdfunding campaign and is aiming to collect $10,000 from Windows enthusiasts. You can get more details about the campaign over here, and we also invite you to read Mendelevich’s full blog post to better understand his interesting perspective on developing apps for the Windows 10 platform.