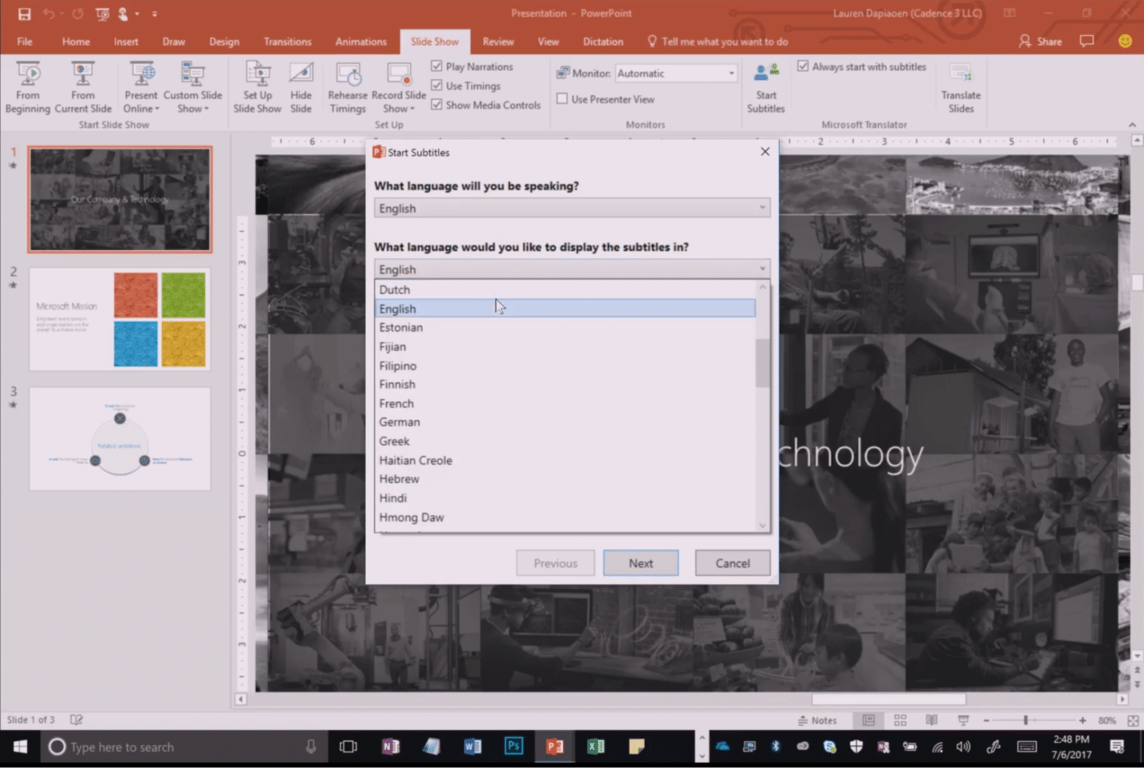 Presentation Translator will translate and subtitle live presentations, showing subtitles directly on a presentation. Those in the room who are observing the presentation can also follow along, and use their phone, tablet, or computer to read translations in their own languages. Key features of the add-in can be seen below.

The Surface Laptop with Windows 10 S can run Insider Preview builds, just like any Windows 10 PC.

Microsoft's new team of 7,500 computer scientists to take the next step in AI advances