Forza 6 NASCAR Pack launches today, here are all the details - OnMSFT.com Skip to content
We're hedging our bets! You can now follow OnMSFT.com on Mastadon or Tumblr! 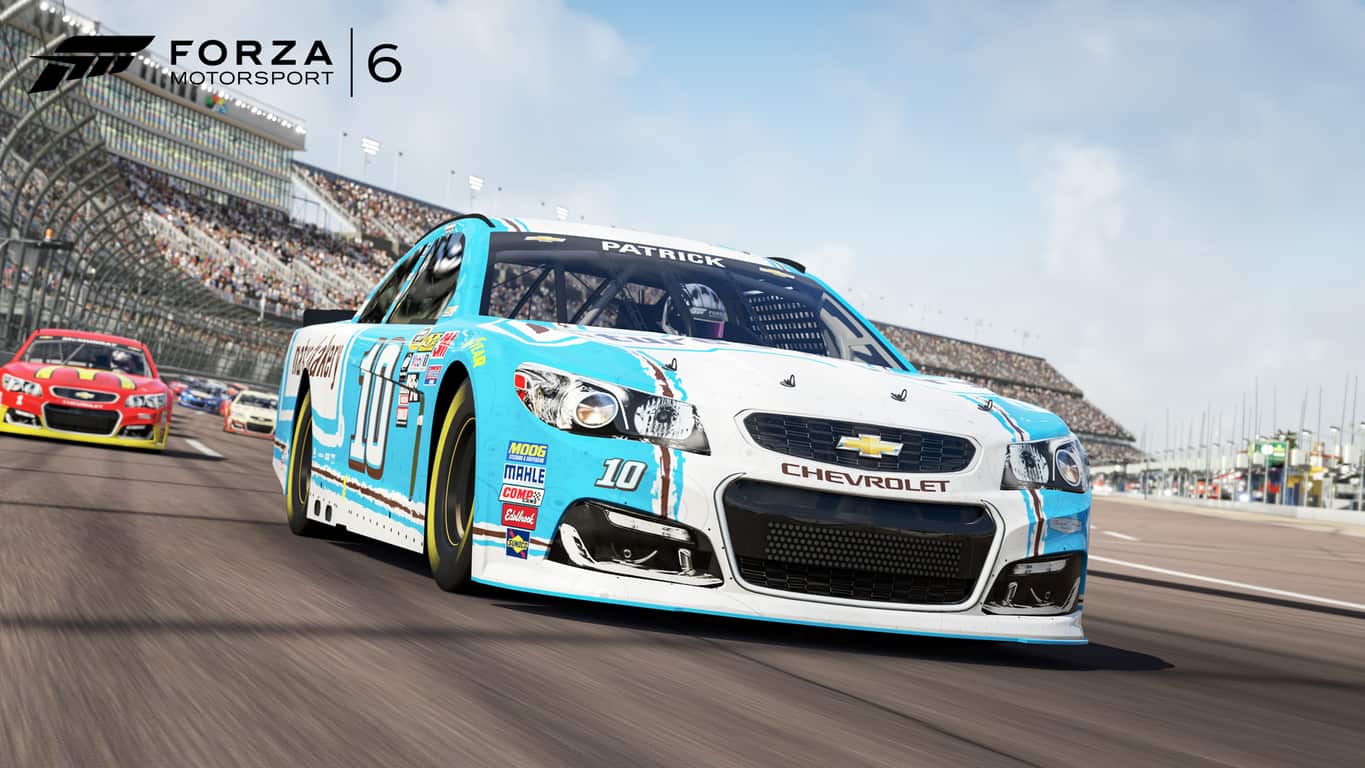 Last week we reported on a possible new NASCAR-themed Forza 6 expansion pack. Today, though, the official trailers and details for the pack have been released.

Seen above, the official expansion trailer shows off the fact that America's favorite motorsport will be arriving to Forza 6. The trailer also shows 24 of Forza 6's new 2016 NASCAR Sprint Cup Stockcars in action at tracks around the world, and the new rumored new track, The Homestead-Miami Speedway.

A secondary video which also shows off the pack was also published by Microsoft to the Xbox YouTube channel. This video brings Forza fans behind the scenes with NASCAR champions Kyle Busch, Jimmie Johnson, and Chase Elliot. Overall, in the video the three champions detail how they influenced the development of the Forza 6 expansion pack.

The pack will be available today for $20 and features 24 cars from the 2016 NASCAR season as well as an all-new career mode. With some of the cars ranging from the Ford Fusions of Penske Racing, Hendrick Motorsports' Chevy SS, and Joe Gibbs Racing's Toyota Camry, these cars represent five of the most celebrated and successful teams in NASCAR Sprint Cup series history. Microsoft describes the pack as the following:

The intensity of driving these quintessentially American race cars is at the heart of the NASCAR Expansion experience. Players will be able to drive twenty-four 2016-season NASCAR models from teams like Joe Gibbs Racing, Chip Ganassi Racing, Stewart-Haas Racing, Hendrick Motorsports, and Team Penske, including the cars of top-flight NASCAR drivers Jimmie Johnson, Kurt Busch, and Chase Elliott. Johnson, Busch, and Elliott also serve as the stars of the “Voices of Motorsport” in the NASCAR Expansion, introducing fans to the history and technology of NASCAR.

The pack also adds in Homestead-Miami Speedway which was built in 1992, reconfigured in 1997, and has been the home of the NASCAR championship races since 2002. Additionally, the NASCAR expansion pack adds in brand new features to Forza 6, such as rolling starts, a new Quick Stop mode, and a more complex drafting model.

This set of Forza 6 news is no doubt very exciting for NASCAR fans and for fans of the Forza as well. We would love to hear your thoughts on this newest expansion pack, so be sure to drop us a comment below!

Microsoft Health app is coming to Windows 10 PCs this week