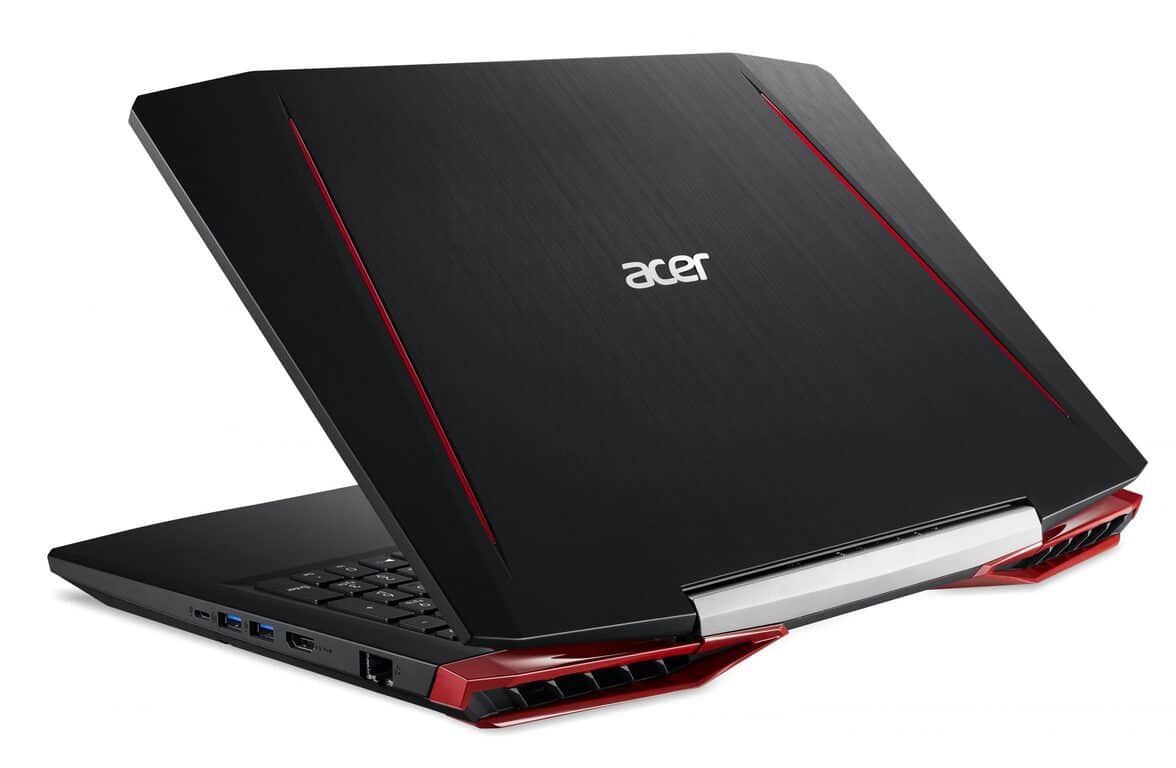 With CES 2017 this week, it’s no surprise that we’ve already seen some exciting announcements for the upcoming year. Earlier, HP announced many new devices that will be making use of better technologies. Of course, it wouldn’t be an event without seeing Acer butt heads with HP for the spotlight.

Today, the OEM revealed their line up of newest upgrades and Windows 10 devices ready to hit the shelves in the next two months.

This notebook is designed to be for high-quality entertainment with the NVIDIA GeForce GTX 1060 graphics card with an option to install up to 32GB DDR4 RAM. It also comes with some neat bells and whistles such as a built-in fingerprint reader and Tobii eye-tracking module that will respond to the user’s eye movements.

This Windows 10 powered device is built for gaming with a heavy focus on keeping the uniquely shaped notebook cool.

Notebooks aren’t the only computers arriving on the scene. Committed to bringing high powered desktops as well, Acer is pulling out the stops for their Aspire GX series. At the highest price, they come VR-ready with high performing graphics, ready to pull consumers into 4k resolution virtual reality with support for up to four displays.

Unfortunately for some, the Aspire GX series isn’t debuting in North America with prices such as  €799 in EMEA regions and ¥5,999 in China.

The crown jewel announcement for Acer, however, was the launch of their beast. The Predator 21 X gaming laptop is Acer’s aim for the most elite of gamers. Beyond the two high-performance NVIDIA GeForce GTX 1080 GPUs and intense Intel Core i7-7820HK processing, this thing has five cooling fans to keep it running smoothly.

The Predator 21 X also includes the Tobii eye-tracking so making quick and effective plays on the curved screen will keep any competitive gamer on their toes.

And that’s not all. Other features include:

This beast of a laptop will be available in February starting at a whopping $8,999 price tag in North America and €9,999 for EMEA regions.

As a cheaper alternative, preceding Predator 17 X received an upgrade to include model options with both the i7-7820HK processor and the GeForce GTX 1080 GPU w/ 8GB GDDR5X memory. It will be available for purchase this month starting at $2,599 in North America, €2,999 in EMEA regions, and ¥39,999 in China.