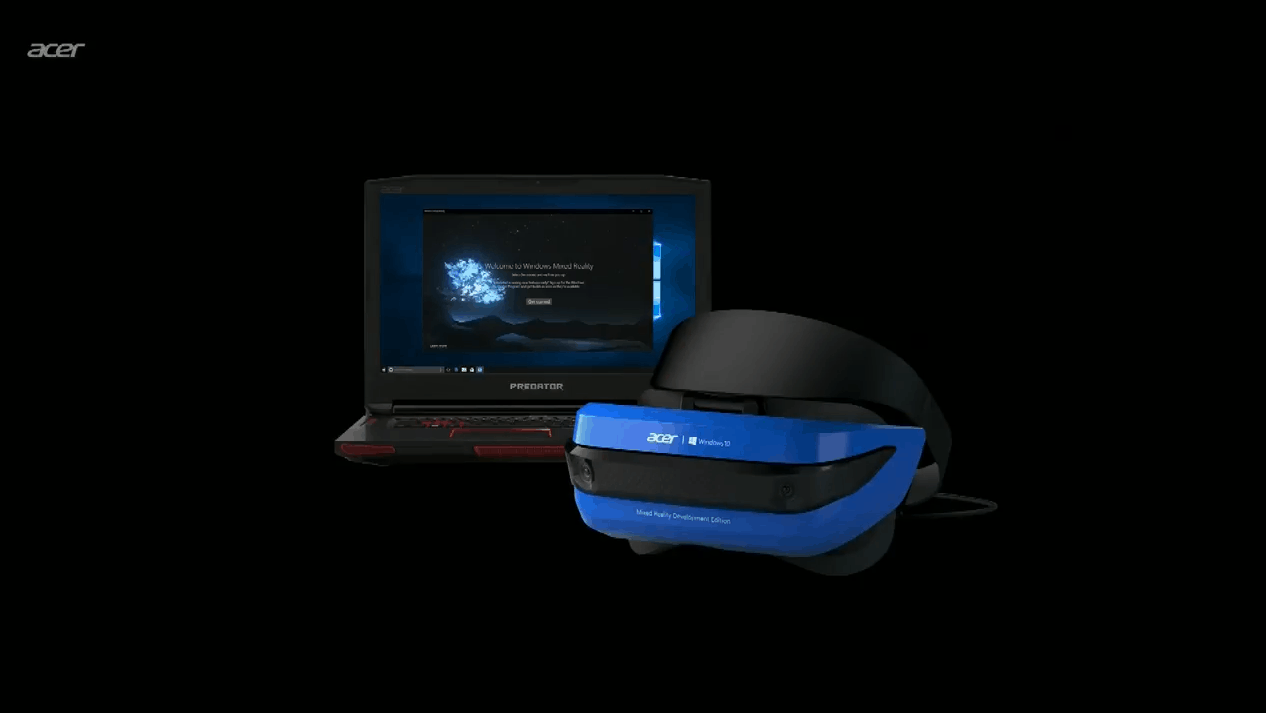 Earlier this year, Microsoft announced at the Games Developer Conference that Acer would be the first manufacturer to ship its Windows Mixed Reality dev kits to developers. Today, the Taiwanese company held a livestreamed press event in New York where it unveiled its latest products, and that interesting VR headset was briefly mentioned.

While Acer didn't show a working headset on stage today, the company invited Mark Bolas, Microsoft's Director of Program Management, Windows Mixed Reality to share some details about the product. "It's the lightest head-mounted display I've ever used," shared Bolas, adding that the inside-out tracking derived from the HoloLens is "rock solid." Lastly, Bolas praised the flip design, which will let users easily go back to the real world without having to remove the headset.

Unfortunately, Acer didn't share more details about pricing and consumer launch, though Microsoft announced last year that Windows Mixed Reality headsets from its partners would be available at a $299 starting price.