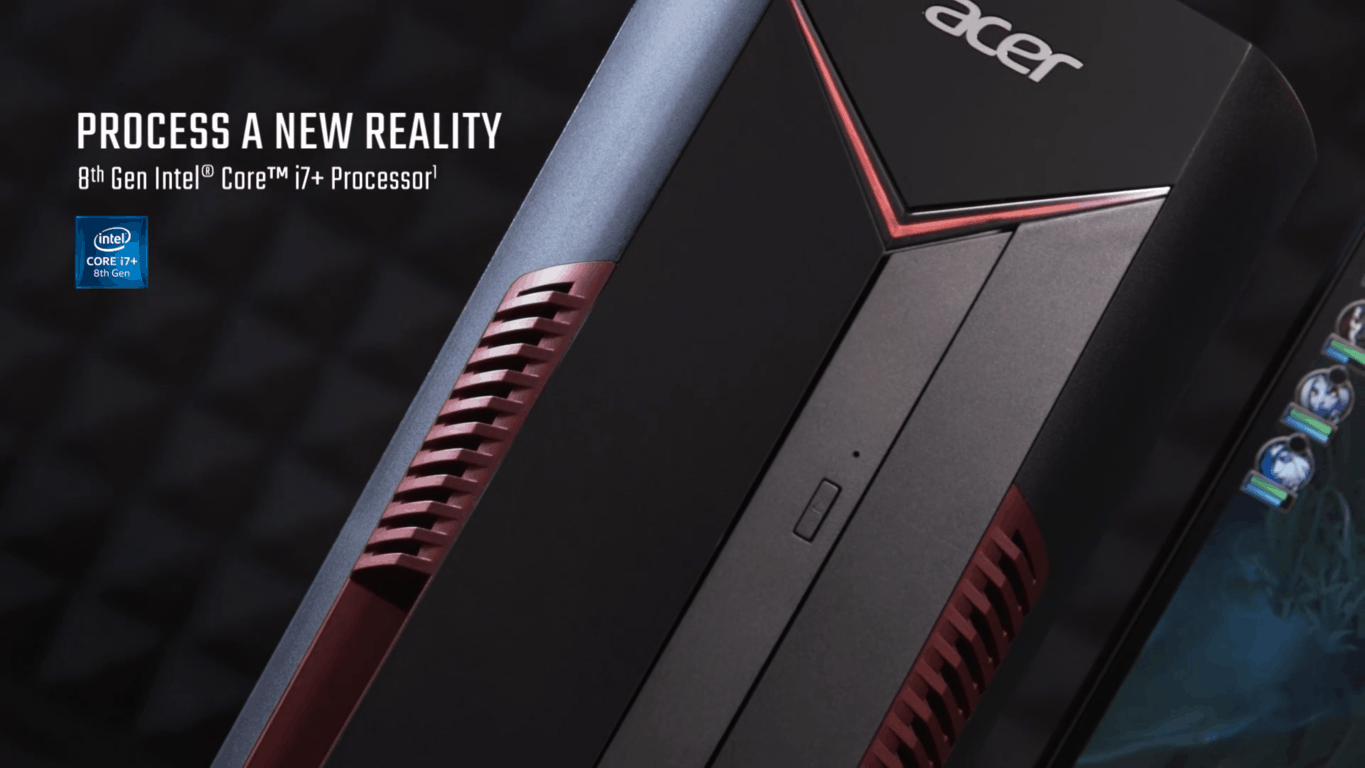 During a live-streamed event in New York, Acer today took the wraps off several new powerful Windows 10 laptops and desktops. Some of the devices pack cool features like the latest Intel processors, touch screens, integrated Mixer streaming, and more. Watch the event below, and read on for more on what you need to know about some of the devices.

Acer's Swift 5 15-inch Notebook packs A Full HD IPS touchscreen with ultra-narrow bezels measuring just 5.87 mm. For a total of 87.7% screen-to-body ratio, the device is sure to impress. It also comes with  Intel Wireless-AC 9560 2×2 802.11ac wireless Gigabit performance, 1TB of SSD storage and up to 16 GB of DDR4 memory. Other features include one USB 3.1 Type-C Gen 2 port two USB 3.1 Type-A ports an HDMI port, and an SD card reader.

This device comes with the 8th Gen Intel Core i7 + 8700K processors with Intel's Z370 chipset. There are options for up to 32 GB of Intel Optane memory, and the 2-way NVIDIA GeForce GTX 1080 Ti GPU. Other cool features on these Predator Orion class desktops include easy side open panels for quick customization, a front mesh panel with dust filters, Killer LAN high-speed Ethernet, cradles for audio headsets.

Also in this family is the Predator Orion 3000 Series, which comes with 8th Gen Intel Core i7+ processors, and up to NVIDIA GeForce GTX 1080 GPUs. It is VR ready and supports up to 32 GB of Intel Optane memory and  64 GB DDR4-2666 RAM. The 3000 Series is much cheaper and will be available in North America in October starting at $999.

The Acer Nitro 50 Desktops are built for performance and come with 8th Gen Intel Core i7 processors and NVIDIA GeForce GTX 1070 GPUs. The device can support up to a TB HDD and a 512GB SSD, and even has a  wireless charging deck and  Realtek Dragon LAN.

Everything seen above is just some of the devices unveiled today. You can have a look at all the devices for Acers 2018 lineup by heading here or watching the replay of the event above. These all look like excellent Windows 10 devices, so feel free to let us know which one is your favorite by dropping us a comment below.