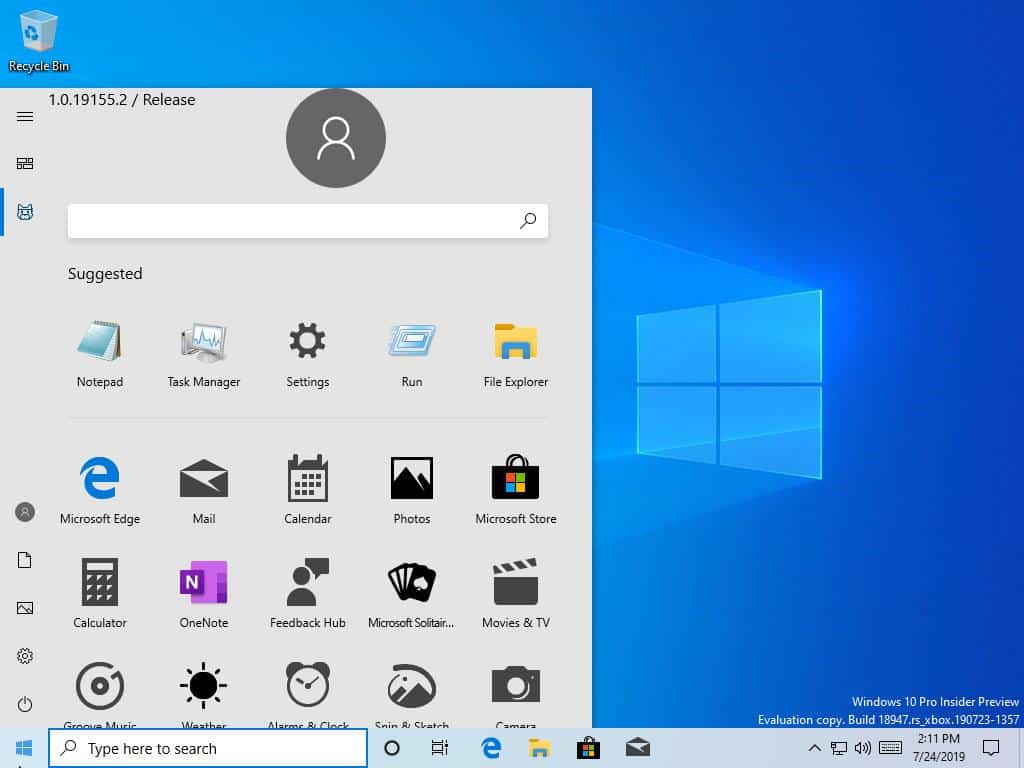 This morning, Microsoft mistakenly shipped an untested Windows 10 build to all Windows Insiders. If we haven’t download this build 18947 ourselves and we don’t recommend you to do it, it appears that this new preview build includes a redesigned Start Menu with no Live Tiles. The Twitter account @NTAuthority shared two screenshots of the Start Menu today, and you can see the second one below showing how it looks like in Tablet mode.

According to Zac Bowden from Windows Central, this new Start Menu could be what Microsoft plans to ship with Windows Lite, a new lightweight version of Windows that Microsoft is creating for Chromebook-like devices and new mobile form factors. “It’s unclear if Microsoft intends to ship this new Start menu experience on Windows 10 desktop, as we know it’s designed for Microsoft’s new Windows Lite OS experience,” Bowden wrote.

Live Tiles were definitely a distinctive feature on Windows Phone, but they don’t really bring the same value on Windows 10 PCs. UWP developers haven’t really showed much interest in them either, so it wouldn’t be completely surprising if Microsoft decides to remove them from Windows 10 at some point. For now, though, keep in mind that this new Start Menu comes from an internal build and it may not end up in future 20H1 preview builds.