Aadhaar integration on Skype Lite goes live in India - OnMSFT.com Skip to content
We're hedging our bets! You can now follow OnMSFT.com on Mastadon or Tumblr! 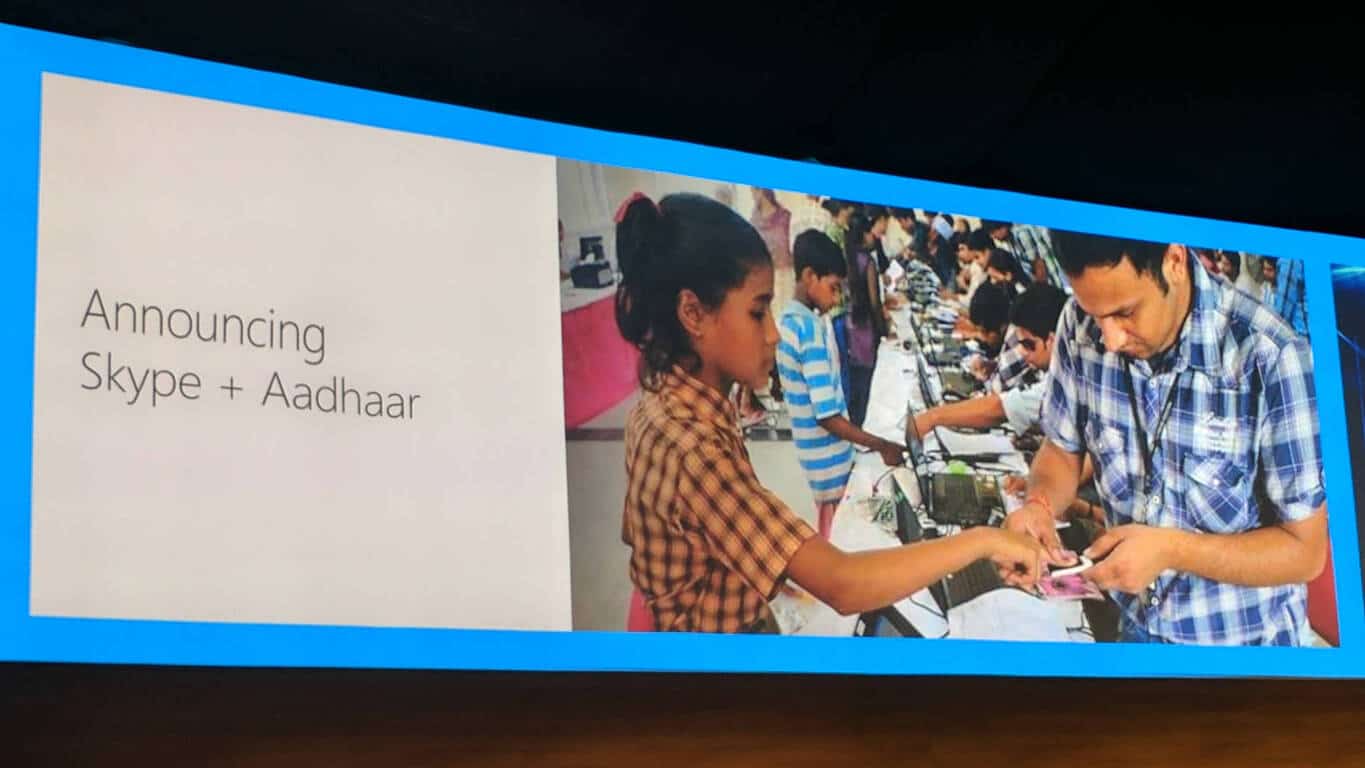 In February at Future Decoded India, Microsoft launched Skype Lite built for the Indian market. Skype Lite is made for low-end Android smartphones with an aim to offer a lightweight, data-friendly messaging, sharing, and calling experience.

At the event, the company also announced Aadhaar integration, the cloud-connected national identification program of India, within Skype Lite which is available to users in India from today.

Introduced in 2009, Aadhaar is a 12-digit unique-identity number issued to an Indian resident based on their biometric and demographic data. The data is collected by Unique Identification Authority of India (UIDAI), a central government agency of India.

With the latest version of Skype Lite, Aadhaar integration can be used to verify users’ identity online, helping them communicate more securely with others. For example, you may wish to make a Skype Lite call to an important business client or government representative – by using Aadhaar, both parties can verify their identity at the beginning of the call to prevent impersonation fraud. Or this can also be potentially used by an interviewer to verify the identity of a potential job candidate.

While several services, especially in banking sector, are increasingly adopting Aadhaar for verifying identities, this is the first attempt by a company of Microsoft’ scale to allow for consenting individuals verify identities in-app using Aadhaar. While the unique ID project is hailed as the largest identification program in the world, there are several privacy concerns around which haven’t been allayed as yet by the government authorities. Microsoft guarantees that Skype will not store any Aadhaar information.

Either of the individuals in a Skype call, can request for Aadhaar verification. In order to confirm your identity, you’ll need to click on Verify Aadhaar identity, and punch in your Aadhaar number followed by one-time password (OTP) to verify the identity.

Skype Lite does not support biometric authentication at the moment. Once this is done, the other person receives an update that the individual’s identity is ‘verified’. All this happens while the call is on without any hops to the Aadhaar website or anything similar in a seamless fashion.