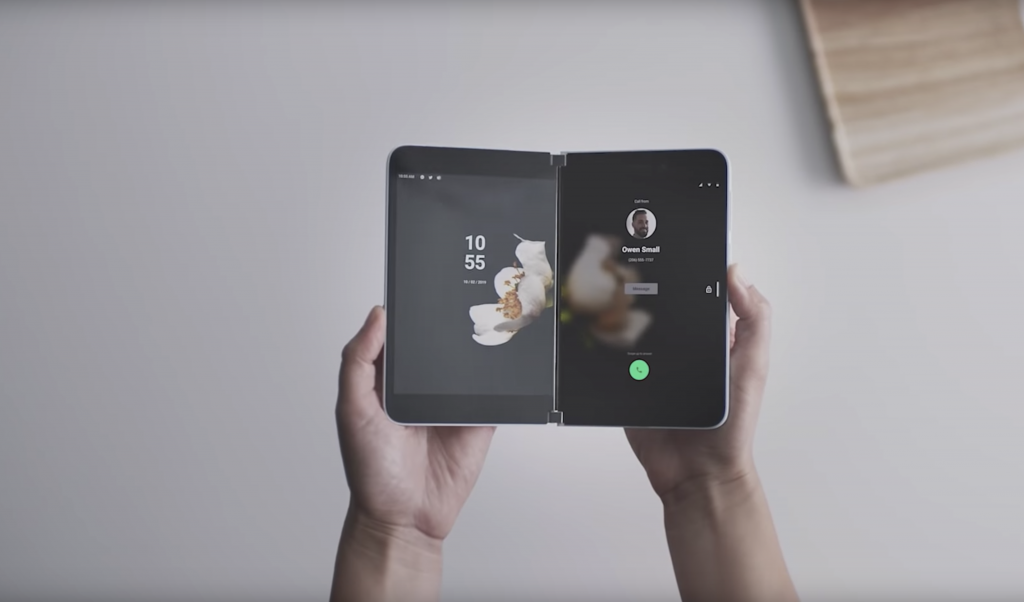 When the Surface Duo was first unveiled in its teaser trailer, you might recall the jaw-dropping situation. As a woman was working on the larger screen Surface Neo, a very peculiar ringing noise was heard, and then she pulled the Surface Duo out to answer a phone call. Well, as WalkingCat points out Microsoft has trademarked that very ringing noise we first heard in October 2019.

It's not certain if this sound will end up being the default ringtone on the Surface Duo, but it remains a possibility. The trademark application describes that the sound "as a sequence of sounds in a repeating two-measure pattern in three-four time at a tempo of 120 bpm within the Treble clef." More importantly, though, it mentions that the trademark can be identified under, "Computer hardware; computers; laptop computers; tablet computers; notebook computers; mobile computers; mobile phones; smartphones." Although such applications rarely mention any products by name, it suggests that it might indeed be a ringtone for the Surface Duo.

The application also has a link to download the possible ringtone on its own, at your own risk of course. You can find that link here if you like to set it as your ringtone on your device while you await the release of the Surface Duo. Here's to hoping this sound becomes as iconic as the iPhone's "Marimba."