AdDuplex’s latest Windows Devices Statistics Report is out, and the company claims that more than 3/4 of of Windows 10 users are running the April 2018 update in June. That makes this rollout the fastest ever in the history of Windows 10, though as usual we remind you that the company’s data only reflects of subset of Windows 10 users (probably heavily skewed towards consumer) running Windows Store apps using AdDuplex’s SDK. 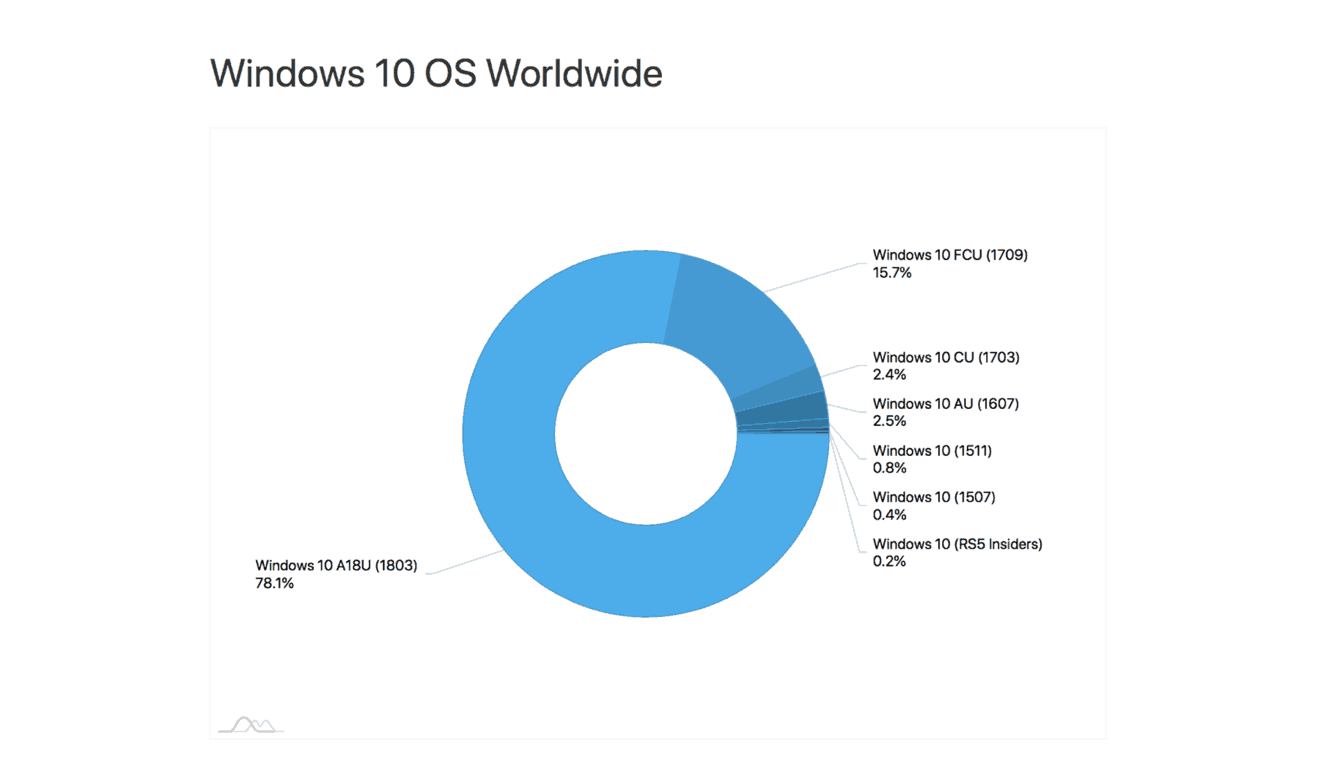 Two weeks ago, Microsoft revealed that the April 2018 update was already installed on 250 millions PCs, which represents roughly 35% of the 700 million active Windows 10 devices out there. This number is much lower than the one from AdDuplex’s, though Microsoft did confirm that this was “the fastest version of Windows 10 to reach 250 million devices, achieving that mark in less than half the time it took the Fall Creators Update.”

The April 2018 update is now fully available, Microsoft confirmed earlier this month, so it's safe to assume that its propagation has significantly accelerated since then. Windows 10 users have probably got used to get two major Windows 10 updates every year now, and Microsoft also had to adapt to this new release schedule: going forward, the company won't ship new features such as Windows Sets or Your Phone until they're fully baked, and this is probably a good thing for Windows 10 users. New features are always nice to have, but they shouldn't lead Microsoft to stop focusing on quality and consistency for its desktop OS.