64-bit Office 2016 for Mac available for Office Insiders in the Fast Channel - OnMSFT.com Skip to content
We're hedging our bets! You can now follow OnMSFT.com on Mastadon or Tumblr! 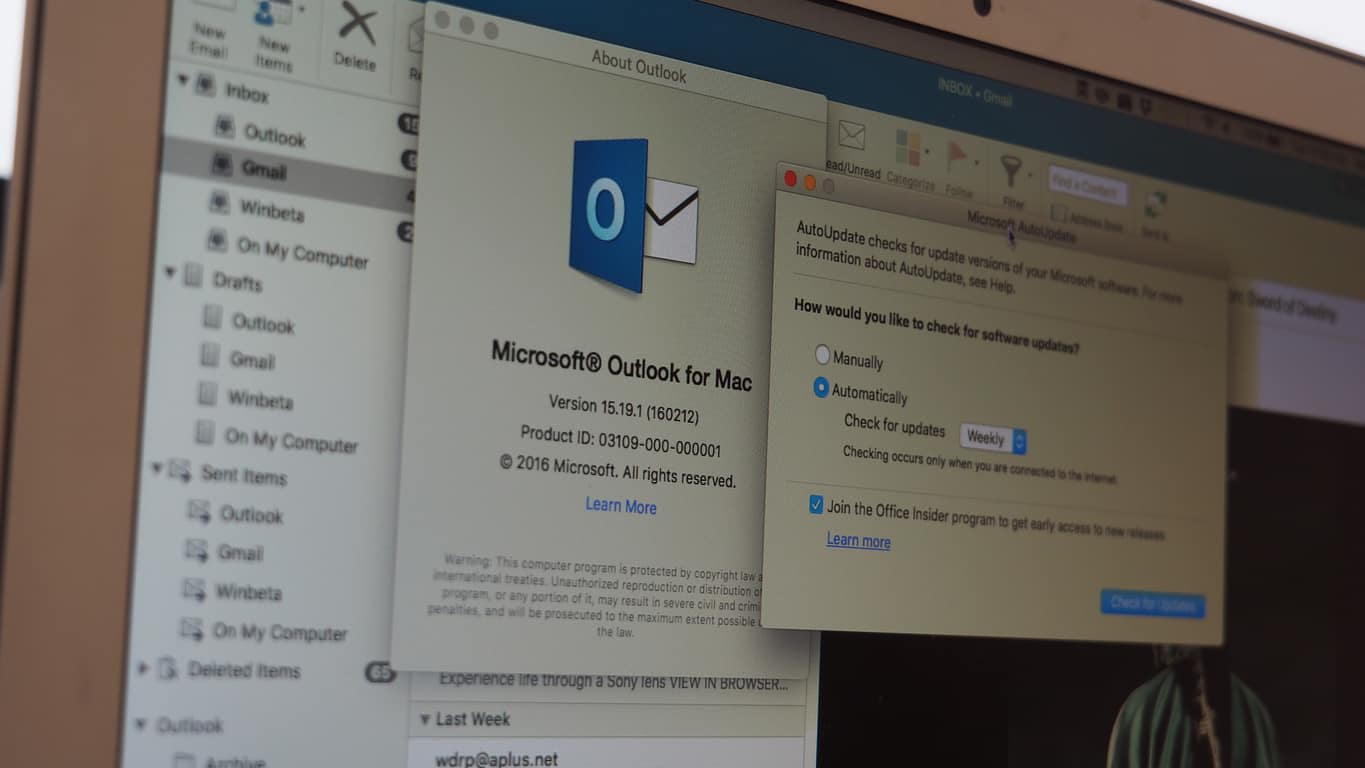 If you've been running Office 2016 on your OS X, or rather macOS machine, it's been running a 32-bit version whether you've realized it or not. No matter how new the machine, a 64-bit version of Office 2016 for the Mac simply hasn't existed. That's changing for Office Insiders, however, as Microsoft released a new build a few days ago that adds 64-bit support.

We have released the first drop of a fully 64-bit version of Office 2016 for Mac to the Insider Fast channel! The update number is 15.25 (160630). I do encourage Insider Fast users to install this update and give it a test. We want to know about any problems you encounter as soon as possible, so that we can make sure we address them before the official release.

This is a huge update for Office and something that we have been working towards for a very long time. I’m thrilled to finally have it available for testing!

The Insider Fast channel is intended for early adopters and those wanting the earliest view into upcoming releases, and the 64-bit version will progress to the Insider Slow channels and to widespread publication over time. I can’t speak to a specific date for that wide release for you yet, so please send us your feedback as soon as you can.

To learn more about the move from 32-bit to 64-bit Office, including information about add-ins, see Mac Office and the Transition to 64-bit. For details about the Insider Fast program, including options for getting in touch or reporting bugs, see Announcing Office Insider Fast for Mac Insiders.

Note that you have to be setup in the Fast Channel to receive the update, and make sure to read through the comments to make sure you're okay with any bugs that moving to 64-bit might introduce. But if you want the improved memory management and potential performance benefits that comes with 64-bit computing, sign up for Office Insiders and join the Fast Channel.

The Wii U has only sold 13 million units out of a projected 100 million, and the Xbox One still gets grief