More than 5,000 votes cast for Reddit’s Xbox One Game of the Year Awards, here are the winners 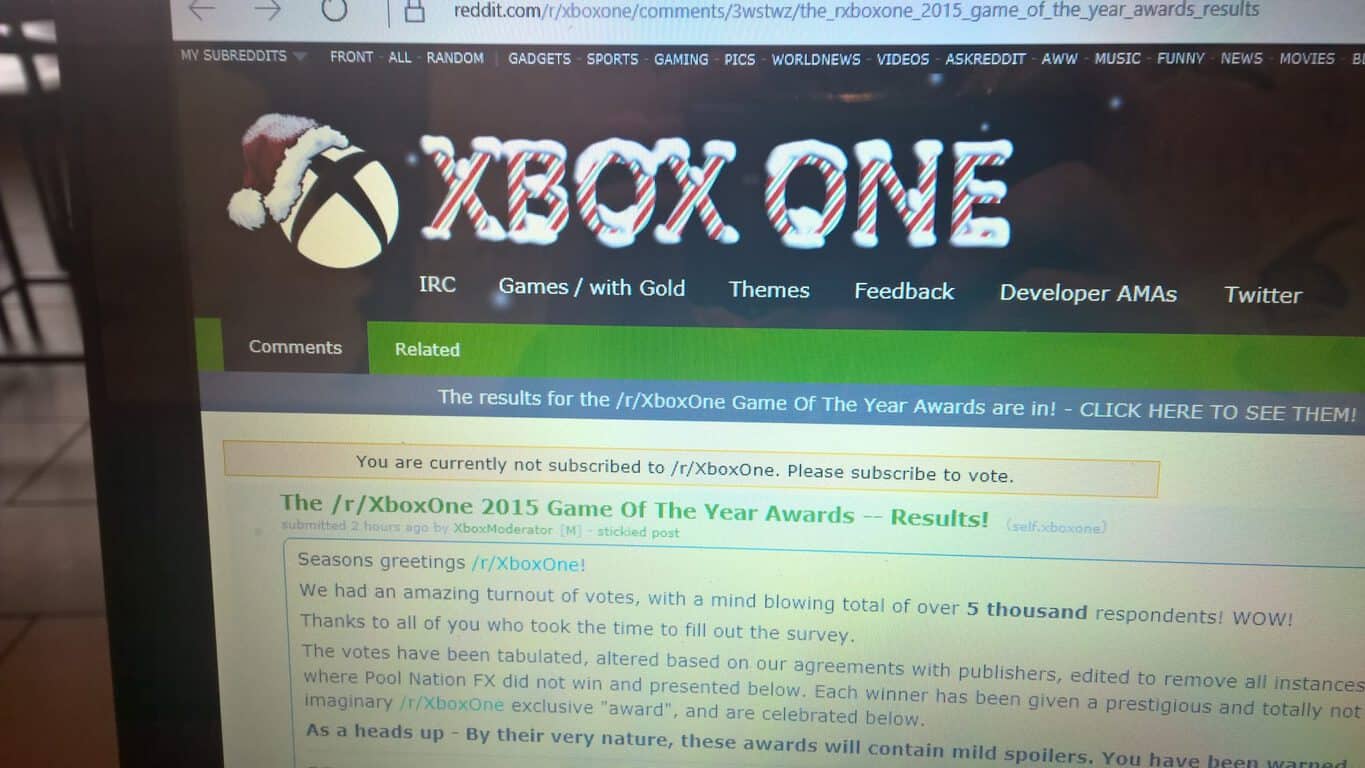 Reddit decided to hold their own Xbox One Game of the Year awards and received over 5,000 votes! There are the standard generic categories like “Best RPG,” “Best Narrative,” and “Best Soundtrack,” but also a few Reddit award title originals, like “Buyer’s Remorse,” and “The Should Have Been Delayed” Award.

Fallout 4 and The Witcher 3 Wild Hunt duked it out for Overall Best Game of the Year, and garnered the most votes of any other Reddit Game of the Year category at over 2,000 votes apiece. Ultimately, The Witcher 3 Wild Hunt was voted the winner, just slightly edging out Fallout 4. Surprisingly, Halo 5 Guardians was a distant third, although it did grab “Best Shooter,” “Best Multiplayer,” “Best Soundtrack,” AND “Best Console Exclusive” honors.

2015 Reddit Xbox One Best Overall Game of the Year results

THE “SHOULD HAVE BEEN DELAYED” AWARD
Star Wars: Battlefront