3D Builder is an app developed by Microsoft that allows anyone to design and print 3D objects on a Windows PC. If you have no designer skills, don't worry, as the app can also clean up and automatically repair 3D models. You can even use the 3D scan feature to scan yourself in full color and make a 3D model of your anatomy. Last but not least, it's also possible to order a professional-quality print of your models straight within the app, and it’ll be sent to you by the 3D Systems Cubify service.

The app received its last big update more than a year ago, and the changelog for this new update is fairly simple:

This release contains fixes and works with the 3D Scan app. It can import webcam and other images. And now you can add bases to uneven objects.

3D Builder was originally released on the Windows Store soon after the launch of Windows 8.1, and it now comes preinstalled on all Windows 10 PCs. It's still desktop-only, and the design language also stayed in the 8.1 "Metro" era, but it's good to know that Microsoft still supports 3D printing natively.

You can get the app by clicking on the link below. 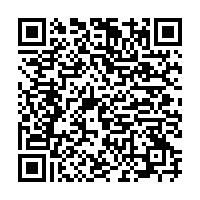