35,000 NYPD officers will get a Windows Phone to fight crime 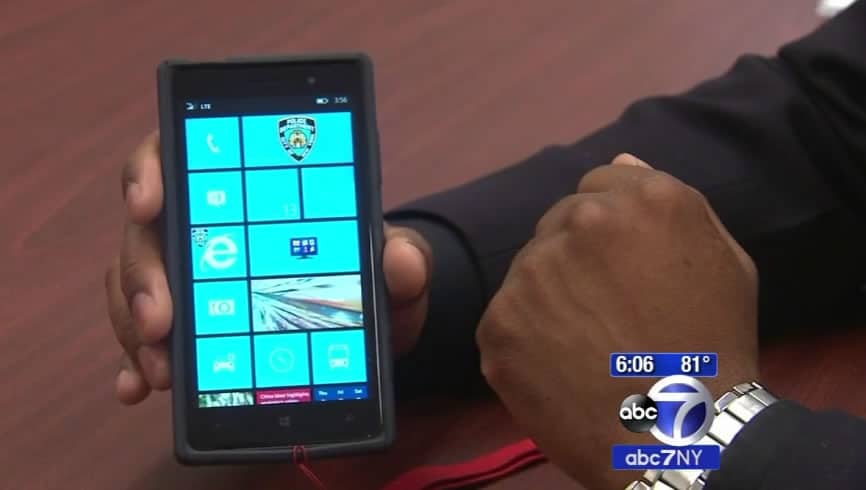 The New York Police Department (NYPD) is equipping all 35,000 officers on the force with the agency’s new domain awareness system (an app called DAS Mobile) in order to help catch bad guys at a much faster rate. With these new Windows Phone powered smartphones, NYPD officers are able to see incoming 911 emergency calls in real-time.

These smartphones feature an app called DAS Mobile, which is able to access several NYPD databases. The phones also showcase incoming 911 calls, allowing officers to see what emergency is taking place near them and quickly call the witness who originally placed the 911 call.

“I observed a fight on Westchester and Morrison just a couple of blocks away – there was a number attached to the 911 call,” says Officer Espinal. Officer Espinal called it, and spoke to an EMS worker, a witness who described the suspect. Officer Espinal then radioed with other officers. “Responding officers were able to go in that direction, and not only did they recover the weapon that was used in the crime, but also able to locate the perp,” adds Officer Espinal. The officers believe it took only five minutes from seeing the first 911 call on the phone, to the arrest of the suspect. Giving the officers immediate access to victims, they say, and not having to wait for radio contact speeds the work significantly. “With the number right in front of you, make that phone call, dial that number, and you have the witness or that victim in the palm of your hand,” said Sergeant Robert Foley. — Tim Fleischer, ABC7NY

Officers can also utilize voice translation services on Windows Phone (like Cortana!) to help during language barriers. This, obviously, helps officers save time during a call. Last year, we learned that Delta Airlines equipped more than 20,000 flight attendants with Lumia 1520 phablets to run credit cards, perform seat upgrades, and more. Windows Phone is definitely no stranger to organizations looking to make their jobs a bit easier.