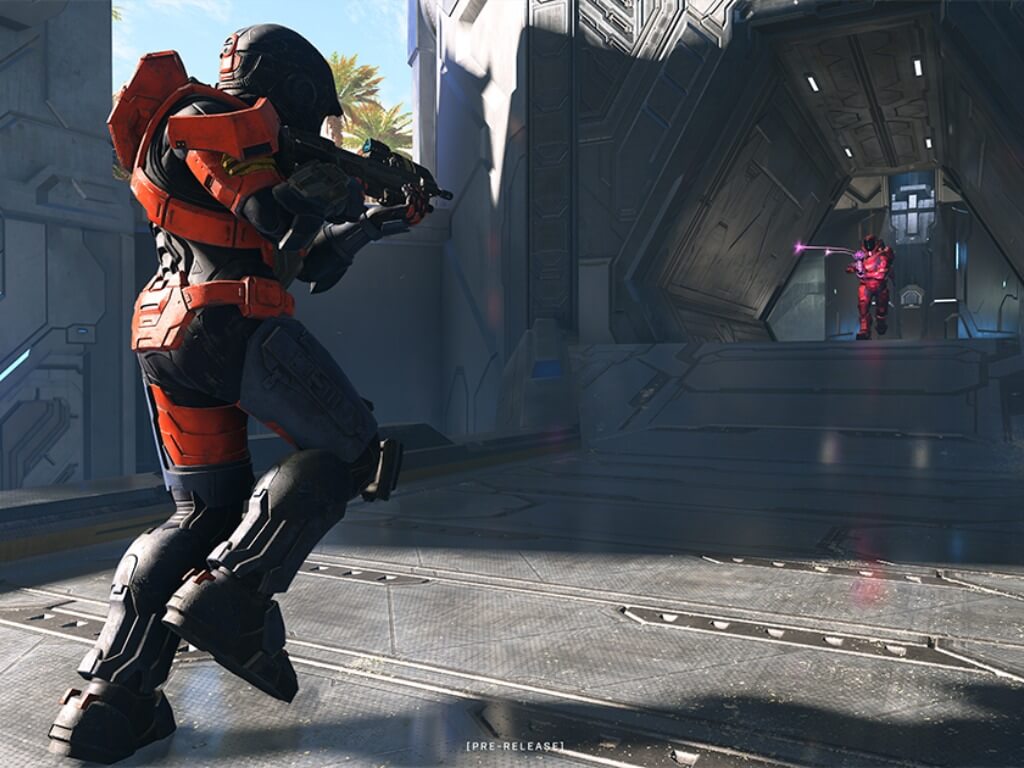 It’s now been two weeks since the open beta of Halo Infinite’s free-to-play multiplayer mode launched on Xbox consoles and PC, and developer 343 Industries has just taken another important step to address the ongoing criticism regarding the game’s slow progression. Since launch, many players have complained about Halo Infinite's progression system being entirely based on completing challenges instead of players’ actual performance, and the limited ways to earn XP and progress in the Battle Pass can feel quite discouraging for many players.

343 Industries made the first change to Halo Infinite’s progression system by introducing Daily "Play 1 Game" Challenges, updating Weekly Challenges, and doubling the duration of 2XP Boosts, but the developer is following up today with more significant updates. "After seeing how XP was earned with those changes, we noticed that players were starting their sessions with slower payouts than we'd like. To address this, we will be increasing the XP payout for the first 6 matches of each day,”
explained Halo Community Manager John Junyszek.

When we made our initial change to progression, which added Daily "Play 1 Game" Challenges, updated Weekly Challenges, and doubled the duration of 2XP Boosts, we promised that we'd monitor the data and make additional changes if needed. Now, it's time to follow up on that.

You can find below the new XP payouts Halo Infinite players will earn for the first 6 games each day starting tomorrow morning:

"We know many of you want even larger changes and we're committed to doing so, but those will take time. We made this update based on data and player feedback, and we'll monitor its impact after we push it live tomorrow morning,” explained Junyszek. While these updates are indeed welcome, it still doesn’t address the fact that the best players in a match will still get the same amount of XP as everyone else, assuming you don’t take optional challenges into account.

i just carried my team to victory in slayer… 25 kills. yet i came away with the same 50xp as the dude with 1 kill? and the losing team? how does that make sense 😂

Another thing that 343 Industries has apparently heard loud and clear is the increasing complaints about cheaters on PC. Cheating has to be expected with any large-scale multiplayer game, but Halo Infinite doesn’t make it easy for console players to avoid cheaters as there’s currently no option to disable crossplay between Xbox and PC. To make things worse, there’s also no in-game feature to report cheaters, as players are instead being asked to report them on the Halo support site.

"Unfortunately, cheating is a natural part of supporting a F2P PC game and it's one we anticipated. It'll never go away entirely, but we're prepared and committed to releasing consistent improvements to our game’s systems and taking action on bad actors,”
Junyszek explained, adding in a following tweet that "the wording of "improvements to game's systems" includes not only our anti-cheat, but the rest of the game as well.”

Jumping in to clarify that the wording of "improvements to game's systems" includes not only our anti-cheat, but the rest of the game as well. It's worded this way because we don't take a "single feature" approach, but a game-wide approach to anti-cheat.

To be fair, Halo Infinite's free-to-play multiplayer mode launched in beta and we can't expect 343 Industries to get everything in perfect order right out of the box, but some basic features such as playlist selection are still missing from the game. As of today, the Quick Play, Big Team Battle, and Ranked Arena options all mix together the classic "Slayer" Team Deathmatch mode with the other objective-based modes (Capture the Flag, Domination, etc.), which means that gamers who only want to play Slayer matches can't do that.

So far, the critical consensus on Halo Infinite seems to be that the core gameplay is really solid and addictive, but the lackluster progression system, cheating problems, and absence of playlist selection can still be major turnoffs for some players. The game's first season will last six months and many more changes could happen in the coming weeks, though the spotlight will soon be on Halo Infinite's single-player campaign, which will make its debut on Xbox and PC next week on December 8.