343 Industries' Bonnie Ross to become a Hall of Famer - OnMSFT.com Skip to content
We're hedging our bets! You can now follow OnMSFT.com on Mastadon or Tumblr! 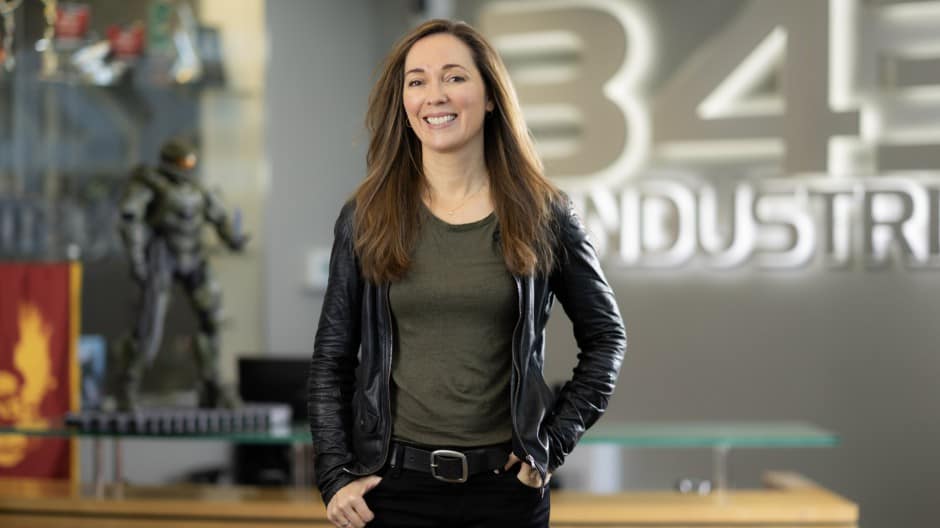 Microsoft's corporate vice president just snagged a Hall of Fame position with the Academy of Interactive Arts & Sciences (AIAS) for her work churning out Halo titles as also the head of 343 Industries.

Incredibly honored and humbled---thank you AIAS, 343 Industries, and Halo fans around the world for your continued support. https://t.co/C5gIKHVgZ9

Ross was responsible for founding 343 Industries shortly after Microsoft and creator studio Bungie parties ways on their joint Halo venture.

While 343 Industries has been the sole arbiter of the continuing space odyssey franchise, Ross has also used the studio to look beyond Halo and into driving further innovation in Microsoft's other platforms.

Aside from steering the ship of a $6 billion dollar worldwide gaming franchise in Halo, Ross is also being inducted on the merits of her voice in promoting STEM, her efforts in bringing diversity to tech and gaming that include a focus on underrepresented groups such as minorities and children.

“It is thanks to Bonnie’s vision and drive for combining art and technology that has allowed the Halo universe to flourish within so many different mediums and platforms,” said Meggan Scavio, President, Academy of Interactive Arts & Sciences. “That along with her deep passion to expand diversity in gaming and encourage STEM education amongst women as well as all young people is truly inspirational. Her positive legacy and leadership have helped advance interactive entertainment and will impact game makers and aspiring game makers for generations to come.”

Ross will join Hall of Fame and be awarded the position during the 22nd Annual D.I.C.E Awards ceremony on Wednesday, February 13, 2019, in Las Vegas at the Aria Convention Center. Perhaps, adding the cherry on top of this achievement Sundae is that Ross will be honored by a long-time colleague, friend, and executive vice president and head of Xbox gaming at Microsoft Phil Spencer.

Alongside managing the day to day of being Microsoft's corporate vice president, Ross will undoubtedly have her hands full shipping the next installment of the Halo franchise, Infinite.

Halo Infinite is being billed as the next phase in Halo's gaming evolution and with the Xbox set to release up to three new consoles all acutely targeting various aspects of gaming, it'll be interesting to see what Ross and her team has up their sleeves.