Spheroids, a 2D sidescroller from indie developer Eclipse Games, is the latest Xbox Play Anywhere title to land on the Windows Store this week (via Windows Central). The retro-looking game was released last month on the Playstation 4 and its arcade gameplay received positive reviews. The official description notes:

In Spheroids you take control of Lucas, a jumpy Canadian boy who sets out on an adventure with his crazy scientist companion Otto after it’s discovered that the government has been hiding alternative universes from the cubic world they live in. Unfortunately, these alternative universes contain spheres that wish to turn everything round, so it’s up to Lucas to save the world from these dangerous aliens: the Spheroids. Throughout Spheroids’ 32 levels, you’ll encounter many different environments, with multiple hazards to avoid and enemies to destroy.

Spheroids includes 32 different levels featuring various environments and enemies to destroy, and the game is an $8 purchase on the Windows Store. With this latest addition, it seems that Microsoft's Xbox Play Anywhere initiative is finally enjoying some momentum this year: following the high profile launch of Resident Evil 7 in January, Silence - The Whispered World 2 and Fallout Shelter joined the growing list over the past couple of days. Later this month, the hydrojet racing game Ritpide GP: Renegade and the Xbox One/Windows 10 exclusive Halo Wars 2 will also be playable on both the Xbox One and Windows 10 PCs.

You can purchase Steroids from the download link below, please tell us in the comments if the growing line-up of Xbox Play Anywhere titles makes you excited for the future of the initiative. 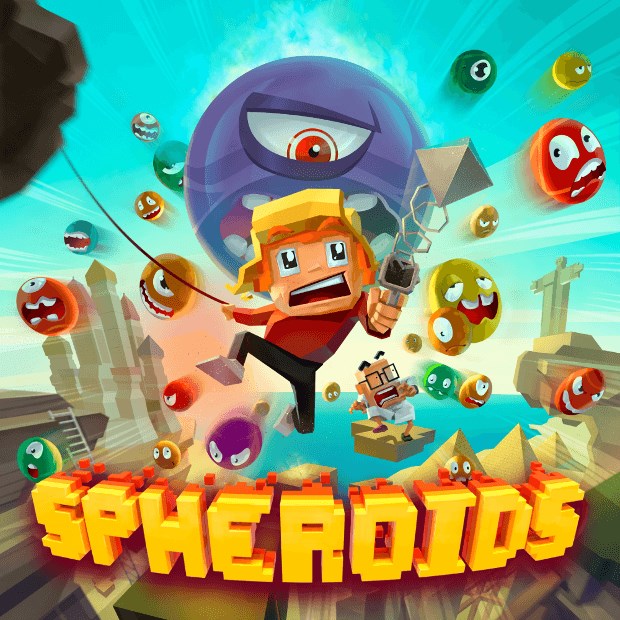 Could HoloLens be your next piano teacher?