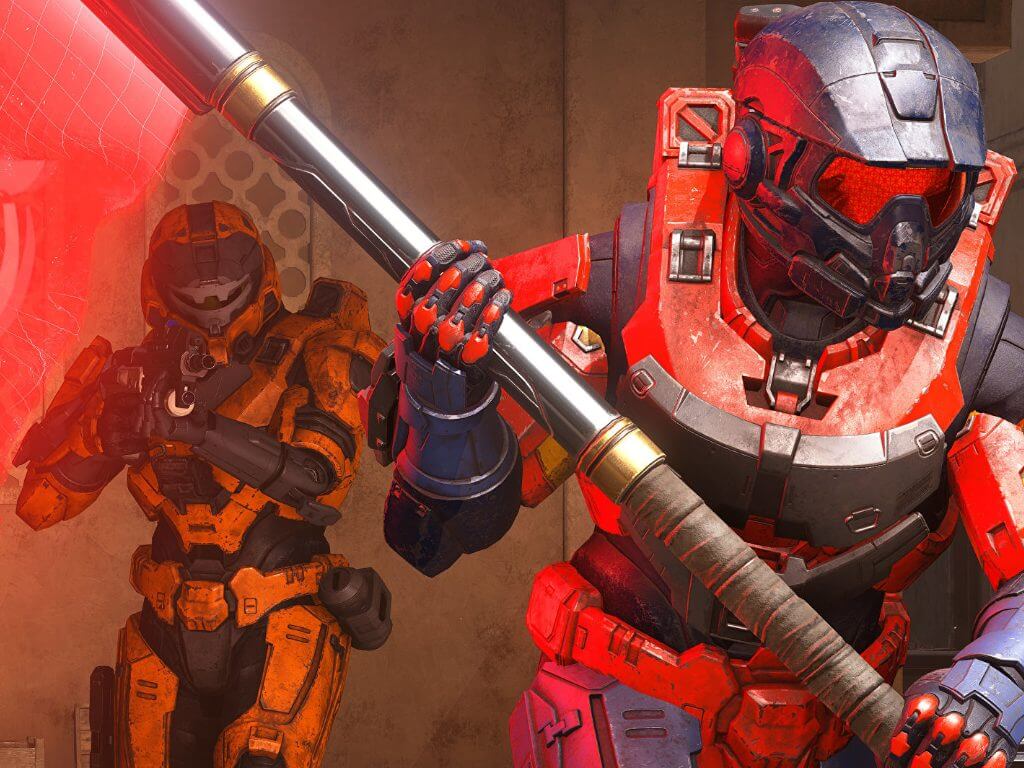 As of December 7, 2021, Microsoft's most ambitious Halo title has earned an 86 average via Metacritic and along with it, a round of reviews that are "generally favorable".

Based on 75 reviews from critics, top gamers and journalistic outlets, the general consensus is that Halo is perhaps the best addition to the franchise, but vies for a gamers attention while still exhibiting some bugs, hiccups and monotonous leveling at times.

To get a better understanding of the high and lowlights of the game before its launch tomorrow, we've gathered a few snippets from reviews that should help paint a broader picture of what makes Halo Infinite one of Microsoft and 343 Studios best endeavors to date. 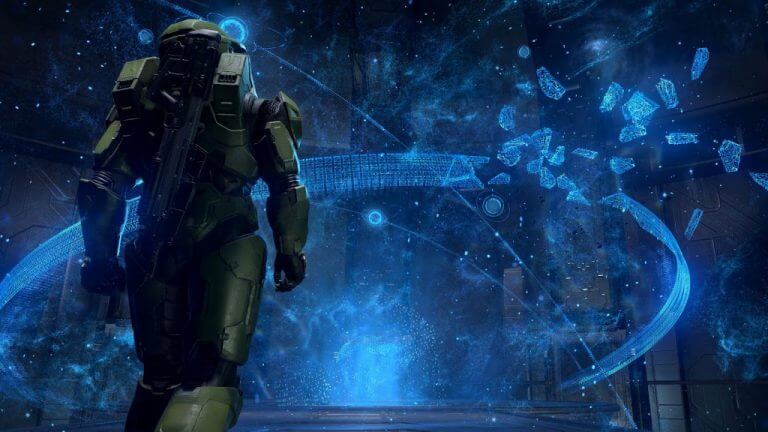 I can’t quite describe how brilliant this combat feels. It’s not just same-old Halo, either; the new equipment options for Infinite, headed up by the grappleshot, open things up even further. The world itself does its bit here, too, as all the side activities take place on the Zeta Halo map. That means you can approach each encounter your way; you can go into an asssassination guns-blazing, you can snipe from afar, or you can try to cheese with a vehicle - or anything in between. The varied weapons and equipment - which benefits from the aggressive expansion of the Halo universe 343 has been steadily undertaking since Halo 4 - mean that every combat encounter feels a little bit different - even if you’re repeating the same thing.

You now have something like the grappleshot, which synergizes well with close-range weapons like the energy sword or the shotgun. The challenge — especially if you’re playing alone — is learning the map. You need to know where equipment and weapons spawn.

Getting over that learning curve is easy, however, if you play with friends. And the best thing about Infinite is how accommodating it is to group play.

Between the 4-player-team Quick Play and the 12-player-team Big Team Battle, you will probably be able to get everyone on your Discord into a match. And since the game is free-to-play with full cross-play (and cross-progression), you don’t have to leave anyone out. 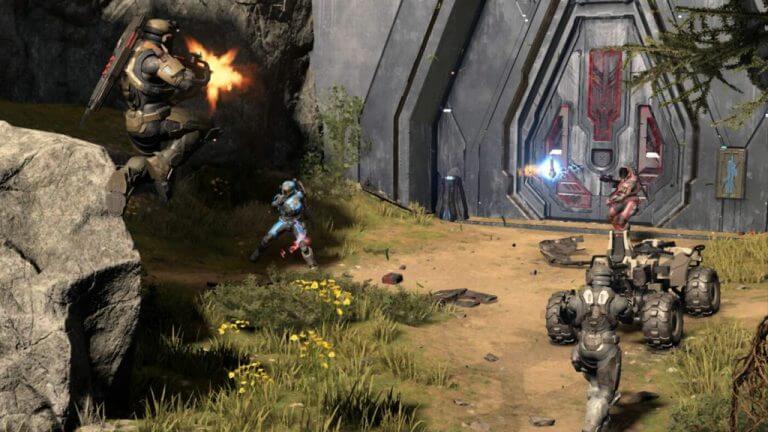 The enemies have more personality than ever before, not just in tactics and animation but in audio feedback too. When I fight one of the many optional field bosses in the game with a Ghost hovercraft, a Brute bellows at me to face him like a true warrior. When I flee a battle to regroup, they call me a coward. When I careen toward the enemy in an aircraft, Banished troops call out my vehicle name and position. An entire base might panic at my arrival, firing up in frenzy with red flashing lights and screeching sirens.

The larger boss encounters are also a success. The series has struggled in making climactic boss fights, but the fights in “Halo Infinite” feel like a dance against similarly skilled and adept opponents, with regenerating shields like the Chief’s along with move sets that force the player into hiding and evasive maneuvers using the grappling shot or the new thruster dodges. Even on normal difficulty, these fights will take some replays, as they can easily overwhelm the player in their aggression.

Obviously, sitting at an 86 average means not everything is rosy in the land of Master Chief, but mostly, still is. Many reviewers point evenly point out frustrations, concerns, hopes for the game in their reviews as well.

My main problem with Halo Infinite is that the longer I played, the more things started to bother me.

You will eventually realize that this Ring map is not going to have multiple biomes. If you’ve seen the screenshots and preview footage of the campaign, you’ve kind of seen it all, past the occasional plane graveyard. It’s very green and full of those hexagonal Forerunner pillars and it never stops being that. The same can be said for a lot of the indoor mission zones which lack any real visual identity.

'Halo Infinite' is a welcome leap forward, but it isn't a finished game

It's easy to see why some of these things are coming late as you play, too. Halo Infinite has lots of technical issues. On the PvP side, I regularly get kicked out of parties or dropped from matches. The latter is especially annoying because of an auto-ban feature that locks players out from matchmaking for increasingly long periods of time if they repeatedly quit games early. There's nothing more frustrating than a game telling you you're temporarily banned as a result of its own technical issues.

The campaign is in a similarly rough place, at least on the review build I played. I had multiple crashes over the course of the story where the game would just freeze up, at which point I'd have to quit and reload. Infinite also doesn't play so nice with Xbox Series X's Instant On feature. I frequently found that the game would start acting funny after playing a few sessions without quitting the game. In the worst instance, I played for a full 10 minutes before I realized that enemies simply... weren't loading into the world. 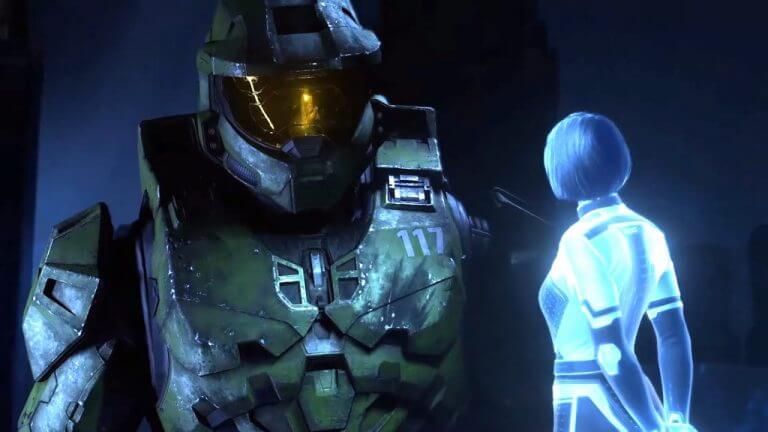 Halo Infinite saves the series by finally doing something different

There are some environments in Infinite that become inaccessible once you’ve completed a mission, meaning that you can’t return to look for secrets. It’s also a shame because certain missions feel like they’re begging to be replayed. One is set in a Banished training facility. There are UNSC weapons and vehicles scattered on recreated set-pieces, and crumbling towers next to beat-up tanks. It’s like a twisted museum that the Banished have created to combat their most hated foes. It feels like the embodiment of Halo as a franchise: a big sandbox brimming with explosive potential.

The main issue that made me quickly lose interest in the game is the lack of playlists: As of today, the Quick Play, Big Team Battle, and Ranked modes all force you to play objective-based modes, and players who only want to play straightforward Slayer team deathmatch matches can’t do that. I can appreciate the other modes (Capture the Flag, Domination, Oddball) from time to time, but being forced to play these modes when you just want to play Slayer matches isn’t fun at all.

Fortunately, 343 Industries said that it’s planning to add Fiesta, Tactical Slayer (SWAT), and Free-For-All playlists before the end of the year, but not having these options at launch makes no sense to me. "A Social Slayer playlist (with multiple variations) is also in the works (we see this request the most), but we won't be able to get that one ready until after the holidays,” explained Halo Community Manager John Junyszek on Twitter last week.

There is a lot to be said for Microsoft and 343's latest gaming release and there will be plenty more in the coming days, as fans and gamers get to post their own reviews, game streams and walkthroughs after its release in a few hours.

Let us know what you think of the new addition to Halo, if you've gotten early access, or come back and let us know after you've had some time with it.

Regardless, it seems Microsoft's patience in waiting to release Halo has paid off for them and Craig.