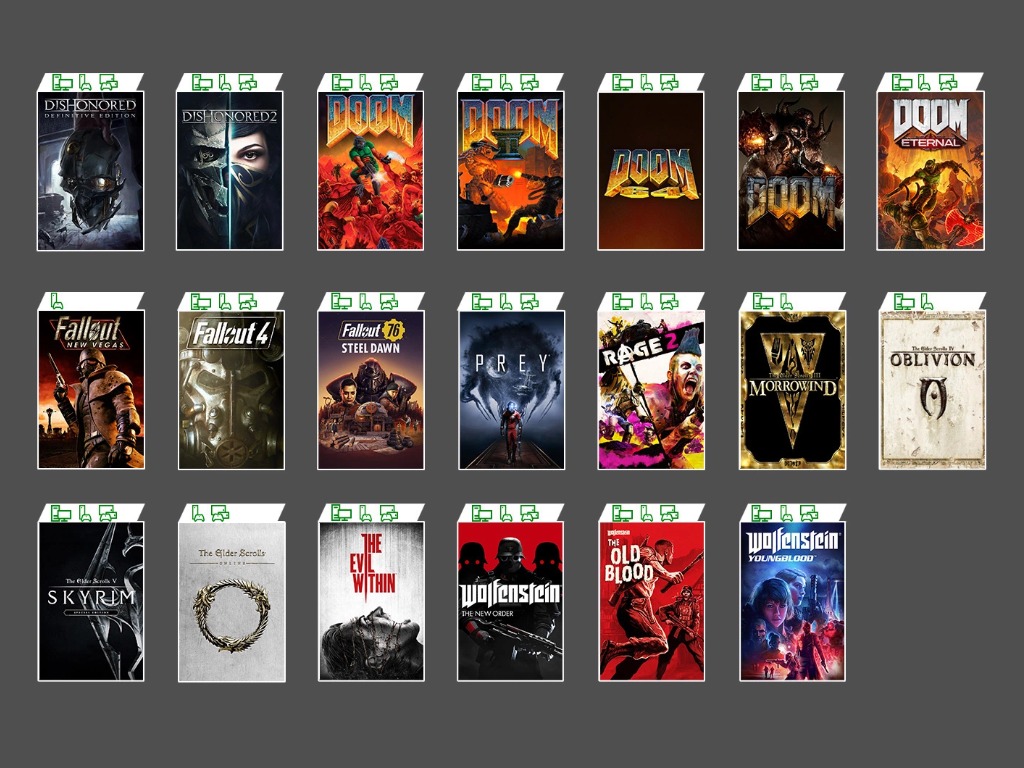 You can find the full list of Bethesda games that will be available with Xbox Game Pass starting tomorrow below. Please note that many of these games are already available in the subscription service, with some of them also being playable on Android devices via Xbox Cloud Gaming:

"A handful of these games will also benefit from FPS Boost on Xbox Series X|S, and we’ll have more to share on that soon,” the Xbox team said today. It wouldn’t be surprising if Fallout 4 ends up on the list, as it was the first game Microsoft used to demo FPS Boost on the Series S last year. FPS Boost can double the framerate of backwards compatible games, and Fallout 4 and other games like Skyrim or Dishonored 2 could really benefit from a smoother 60FPS experience on Series X|S consoles.

Today’s roundtable with Xbox and Bethesda execs is still ongoing, and Xbox Marketing exec Aaron Greenberg made it clear that no new games would be announced today. However, Xbox head Phil Spencer did comment on what the acquisition of Bethesda means for Xbox fans. "If you’re an Xbox customer, this is about delivering great exclusive games for you, on platforms where Game Pass exists,” Spencer said. All future Bethesda games will ship day one on Xbox Game Pass, which will make the subscription service even more valuable in the future.