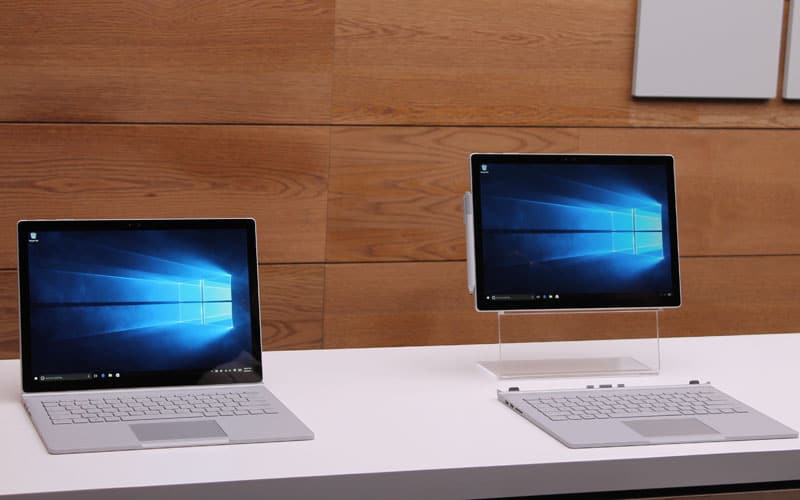 When the Surface Book was first available for pre-order, many of us were scratching our heads at where the 1TB option was. Initially, all that was available was the 512GB version, which was sorely lacking to many Surface Book hopefuls. A while back, we learned that the 1TB version was coming, and it would cost $3,199.
That estimate has finally been confirmed, as the 1TB option is available at the Microsoft Store for pre-order right now, matching up with the $3,199 price point we gave it. The 1TB version of the machine is similar to the other models - it sports an i7 processor, 16GB of RAM, and an NVIDIA GeForce graphics card. The only difference here is the 1TB solid state drive.
Like all of the other Surface Books that offer the NVIDIA card, the 1TB version won't be shipping for another 7-8 weeks, so you're going to have to be patient if you want to get your hands on it. If you've waited this long to pre-order your Surface Book, then you shouldn't have any problem sitting out a couple more weeks in order to grab the beefiest and most powerful laptop from Microsoft.

Microsoft shows off the power of Continuum on Windows 10 (video)