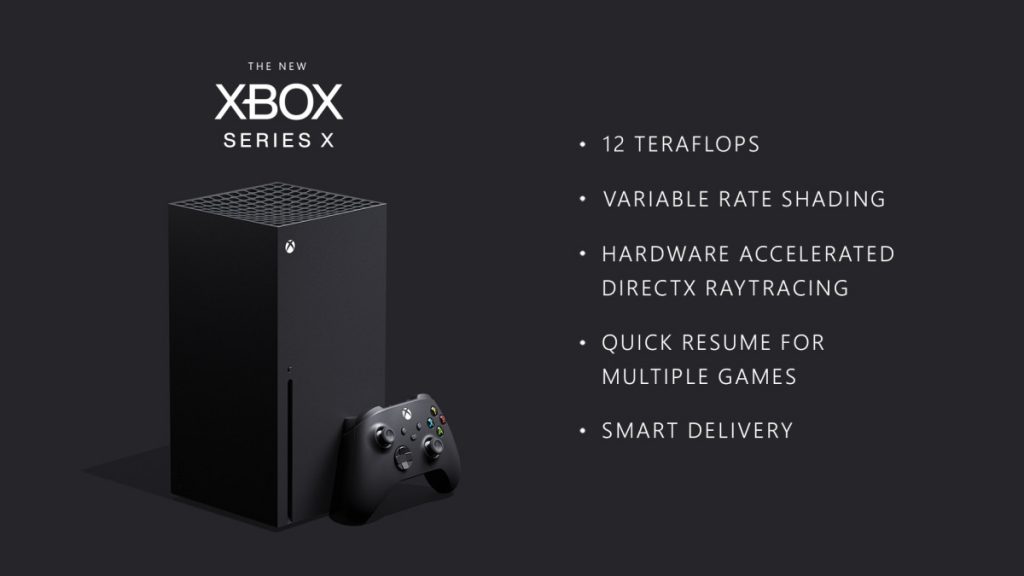 As the video games industry is currently gearing up for the Game Developer Conference in San Francisco next month (depending on flu virus concerns, that is), Xbox head Phil Spencer has just given us an update about the next-gen Xbox. As you may now, Spencer unveiled the Xbox Series X back at The Game Awards Ceremony in December, but at the time the exec chose not to go into details about the console’s specs.

Well, in a new post on Xbox Wire, Spencer pretty much confirmed the previous leaks about the Xbox Series X specs, and shared some interesting new details about the new console. "Compared to the previous generation, Xbox Series X represents a superior balance of power and speed in console design, advancing on all technological fronts to delivering amazing, dynamic, living worlds and minimize any aspects that can take you out of the experience,” explained Spencer.

Here’s what you can expect in the Xbox Series X:

It’s worth noting that Spencer didn’t mention 8K today, though 8K support was mentioned for Xbox Series X last year. However, the Xbox head confirmed that Xbox Series X will support all four generations of games (via Backward Compatibility), and make games from previous generations play better than before with better framerates, graphics, and faster loading times.

Spencer also mentioned for the first time a new “Smart Delivery” technology which seems to be an evolution of Xbox Play Anywhere. With Smart Delivery, consumers will be able to play an Xbox game once and play it on either Xbox One or Xbox Series X at no additional cost.

This technology empowers you to buy a game once and know that – whether you are playing it on Xbox One or Xbox Series X – you are getting the right version of that game on whatever Xbox you’re playing on. We’re making the commitment to use Smart Delivery on all our exclusive Xbox Game Studios titles, including Halo Infinite, ensuring you only have to purchase a title once in order to play the best available version for whichever Xbox console they choose to play on. This technology is available for all developers and publishers, and they can choose to use it for titles that will be release on Xbox One first and come to the Xbox Series X later.

Microsoft is trying to end console generations with Smart Delivery, though it will be up to developers to support that vision. It’s also worth noting that Phil Spencer didn't mention Windows 10, even though Microsoft's latest Xbox exclusives all ship on Xbox One and Windows 10 at the same time with Xbox Play Anywhere support. Few developers actually embraced Xbox Play Anywhere during this console generation, and it remains to be seen if more of them will embrace Microsoft's vision for cross-gen experiences with Smart Delivery.

"We can’t wait to share more details about the new Xbox with you in the coming months," said Spencer at the end of his post. We may get more details about Xbox Series X next month at the Game Developers Conference, where Microsoft will be present, but the company may prefer to keep its remaining secrets under wraps for a couple more months.

How to turn on Dark Mode in OneNote on Mac, Windows, iOS, and Android