Your web browser is one of your most used applications, so it’s important to pick the one that works best for you. In this article, we’ll walk through some of the most popular options available for Windows 10 and explain their differences – but remember, the final decision comes down to you.

First up is Microsoft Edge. It’s Microsoft’s official web browser for Windows 10, launched alongside the operating system in 2015. You’ll find it preinstalled on every new Windows 10 machine, pinned to the taskbar next to the Start button and ready to go.

Edge’s great advantage is its tight integration with the rest of Windows 10. Features such as sync, sharing and even Cortana voice commands work seamlessly and automatically. It’s all connected through your Microsoft account. 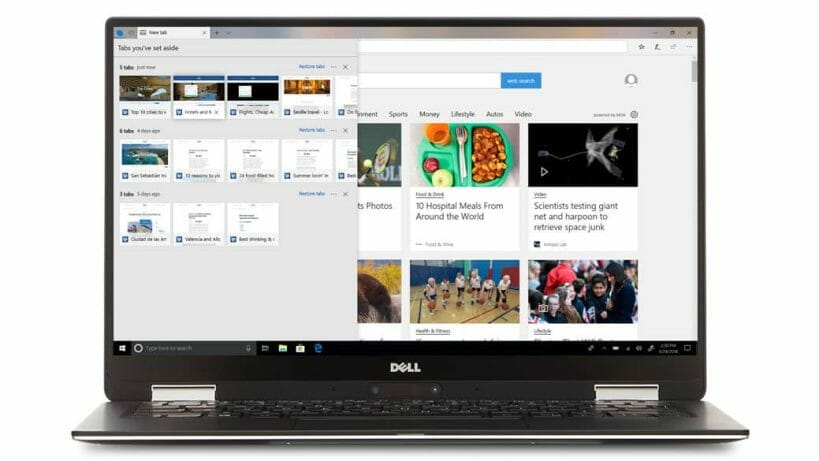 In 2018, Edge has evolved significantly from its sometimes unreliable former self. Much of the lingering criticism around the browser is centred on its touch-oriented user interface and its tendency to lag behind rivals when implementing new web standards.

However, on a new Windows 10 device, Edge will be a dependable option for most users, since it “just works” out-of-the-box. It even comes with some exclusive features, such as support for drawing on webpages via Windows Ink, which make it particularly well-suited for tablets and convertibles.

Next up is Google Chrome, by far the most popular web browser globally with over 60% total market share. Chrome’s grown so rapidly by focusing on building a reliable and feature-packed browser, qualities which still hold true today.

Like all the browsers on this list, Chrome’s a free download with a simple installation procedure. It’s available on a huge range of platforms, so you’ll be able to access your browsing data wherever you are. Features include a clean and simple visual design, advanced sync functionality and a mature extensions ecosystem with thousands of options available. Chrome also tends to be one of the first browsers to implement new web standards and emerging features, so you’re unlikely to encounter any compatibility problems while browsing the web.

As with anything, there are downsides though. Over the years, Chrome has become bloated and can suffer from memory management issues on lower-end devices – a problem Google’s been actively addressing recently. The browser’s also closely tied to Google’s ecosystem and cloud services, with the company able to use your sync data to generate targeted ads and recommended content by default. Nonetheless, Chrome is a versatile and fully-featured browser which is particularly well-suited to heavy users.

Mozilla Firefox usage has been in decline for several years, with the browser now much less popular than it used to be. However, since Mozilla’s reinvention of the browser with its “Quantum” engineering project, Firefox is a better browser than ever in everyday use.

It’s now based on modern underpinnings which have drastically improved performance. The “Quantum” interface is contemporary while unobtrusive, including the option of a dark theme to match your Windows colours. Firefox is also a mature and versatile browser like Chrome, with a large ecosystem of extensions and advanced built-in features for sync, screenshots and bookmark options. There’s even an integrated touch mode if you have a tablet or convertible device. 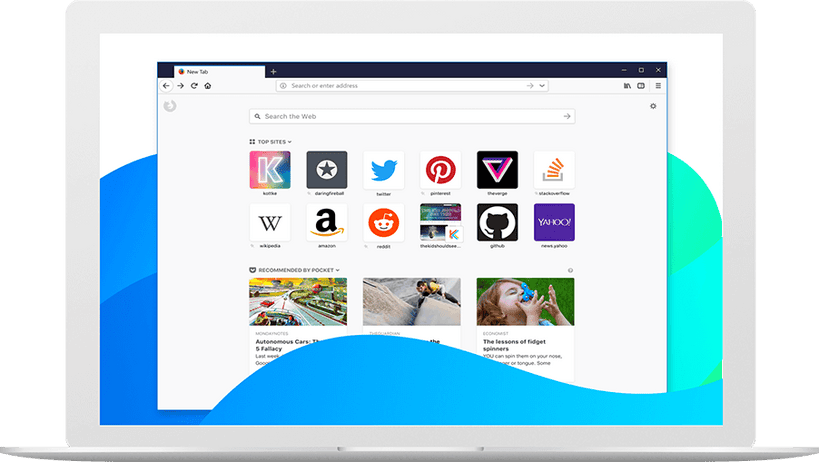 Unlike Chrome, Firefox takes a privacy-first approach to user data, courtesy of parent organisation Mozilla. Sync encryption passphrases are never sent to Mozilla servers – although this is possible in Chrome, the option is turned off by default.

Firefox is a great browser if you’re privacy-conscious or want more customisation options than Chrome provides. Since its Quantum incarnation, it’s fast, responsive and modern once again, so don’t let the low usage stats put you off. Like Chrome, updates are distributed monthly and Firefox has a good track record for implementing new technologies in a timely manner.

Opera is another browser which once enjoyed widespread use but is now drifting out of favour. Since switching to the Blink layout engine in 2013, Opera began to be criticised by former users discontented with the change. In 2016, the Opera browser and mobile components were sold to a Chinese consortium, with the remaining Norwegian parent company Opera Software renaming itself to Otello. 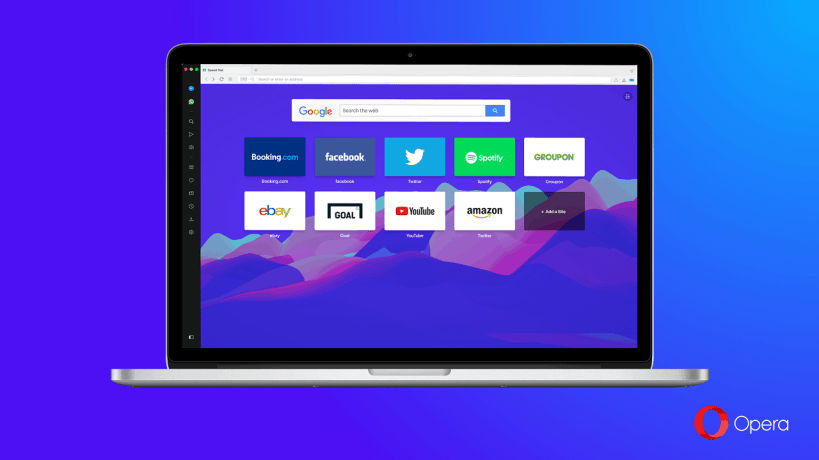 Despite the changes of the past few years, Opera is still alive and in active development. Recent versions of the browser have focused on interface modernisation and the addition of advanced features. Opera added a built-in ad blocker before Chrome and also provides a free unlimited VPN service. Other features, such as built-in battery saving capabilities, serve to further distinguish Opera from other browsers.

Unfortunately, there’s still little left in the modern Opera which isn’t also implemented in Chrome or Firefox. Unless you’re already an Opera user, you may find little to entice you into using the browser. Even so, Opera does offer a different browsing experience to its rivals, including a customisable speed dial page and side panels – give it a try if you’re tired with the interface commonalities between Edge, Chrome and Firefox. 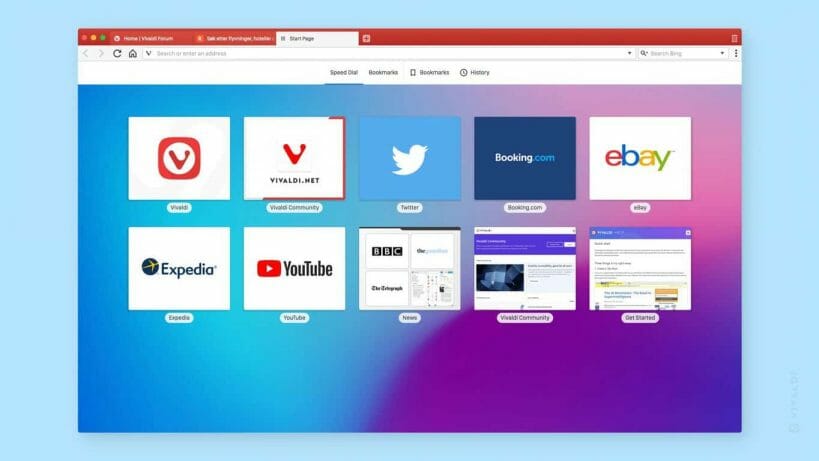 Vivaldi is being built by a team led by Jon von Tetzchner, the original creator of Opera. This heritage can be seen in the browser’s interface, with many capabilities essentially more refined versions of their Opera originals. The browser is based on the Chromium open-source browser engine at the heart of Google Chrome, so it supports modern web standards in the same way as Chrome itself.

Although Vivaldi will be most beneficial to advanced users, anyone can take advantage of the browser’s capabilities to improve their workflow. Like Firefox, Vivaldi emphasises user privacy and includes a set of measures to help you stay safe online – such as offering DuckDuckGo as a default search engine. The browser is moving quickly with regular new feature launches, and user feedback is encouraged to help guide future additions.

The browser is now outdated and lacks support for many of the technologies used on modern websites. Its feature set also pales in comparison with any of the other options on this list. Generally, you’re not likely to encounter any need to use Internet Explorer on a Windows 10 PC.

That said, IE remains installed on Windows 10 for use in environments which require it. Some enterprise software and specialist web apps still require Internet Explorer to operate, so your organisation might direct you to use the old browser. On personal machines, you’ll certainly be better off using a more modern alternative though.

As we wrote at the beginning, the your choice of browser really should be exactly that – yours. We can make some blanket statements, but ultimately any of the options on this list (except you, Internet Explorer) makes for a dependable everyday workhorse on a Windows 10 machine going into 2019.

Generally, we’d recommend Edge for casual and less-experienced users who just want to browse the web. It’s ready to use straightaway and, niggling issues notwithstanding, getting more advanced with each new Windows 10 feature update.

For users looking for a little more control – or an established extensions ecosystem – it will come down to a decision between Chrome or Firefox. If you can’t decide, try both and take your pick. Finally, for those power users with hundreds of tabs and an innate desire to customise everything, there’s not really an alternative to Vivaldi. It’s developing rapidly and contains scores of advanced features you won’t find elsewhere.

That’s all there is to write – except, go and try out the browsers we’ve mentioned, and discover which works best for you. Just try not to start a browser war in the comments section.