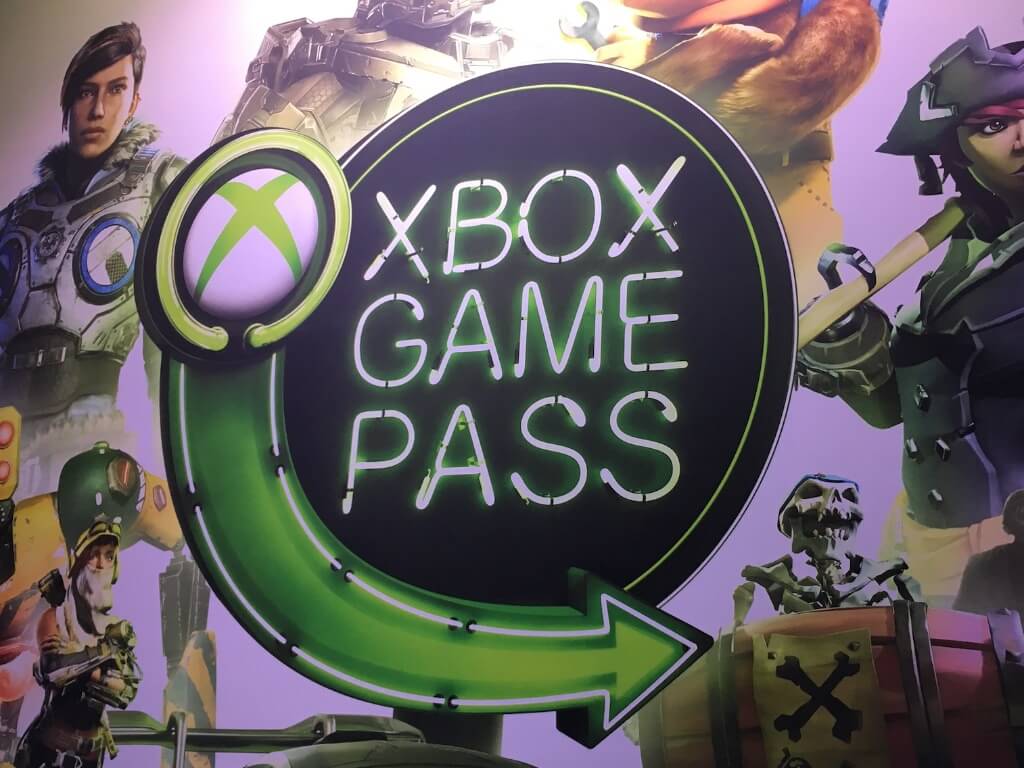 If you own an Xbox or a gaming PC or know someone who does, then you've likely heard of Xbox Game Pass. Microsoft's gaming subscription service is a great way to get access to a massive game library each month, for a set price. And, if you're sharing a console with your family, you even can enjoy a single Game Pass subscription with different profiles on your home Xbox.

Game Pass is often been called the "Netflix of gaming" and many have said it has plenty of value for what you pay. So, what exactly is Game Pass, and how do you get started with it? We've got the answer to all your questions and we'll help you get signed up.

What is Xbox Game Pass and what is the price?

We'll begin by explaining the prices and different flavors of Xbox Game Pass. There are actually four very important things that you need to know about Xbox Game Pass before signing up.

First off, Xbox Game Pass works on Xbox consoles, as well as gaming PCs. Secondly, there are three tiers of the service (Ultimate, PC, and Console.) Third up, Game Pass Ultimate also includes access to Xbox Cloud Gaming (formerly known as Project xCloud), Xbox Live Gold, as well as EA Play, which is a library of top Electronic Arts games on Console and PC. Finally, the PC, Console, and Xbox Cloud Gaming catalogs are all different, and not all games are available on or across all three. Check the catalog here to see more.

That's why, for beginners, we suggest going with Xbox Game Pass Ultimate which includes all these tiers. This is also the best value, as you get both Xbox Live Gold, as well as Game Pass itself. Xbox Live Gold, which is a requirement to play games online, is priced at $10/month in the US.

If you're still confused, you can check the table below for more information about the different tiers. Check the table to see your needs, and pick a tier of the service that you think is right for you. You can go with console-only if you don't care for PC games, or PC-only if you don't care for console games. But again, we suggest Game Pass Ultimate as it comes with both, as well as Xbox Cloud Gaming.

Also, if you're already subscribed to Xbox Live Gold and then switch over to Xbox Game Pass, your subscription will be converted over, too. Check the "After I join Xbox Game Pass Ultimate, can I still redeem Xbox live Gold and Xbox Game Pass codes" section of the Game Pass website for more information on the conversion.

As for game saves, you will not lose the progress you made on a Game Pass game if you do not renew your subscription. Saves happen locally on your Xbox, or via the cloud on certain Xbox Play Anywhere titles, so your saves will always be there for you.

Now that you understand the different tiers, we can explain how you can sign up. Currently, Microsoft has a deal where you can get three months of Xbox Game Pass Ultimate for $1. After that, the subscription resets and you have to pay full price, but it's a great way to try the service before you buy into it for the long term.

Sign up by visiting the Game Pass Website, and clicking Join Now. You also can buy a pre-paid code at retailers and redeem it from this website, too. Any Game Pass subscription will work with different accounts saved on your home Xbox console. No need to buy separate subscriptions if you're sharing the same Xbox.

What games are included in Game Pass? 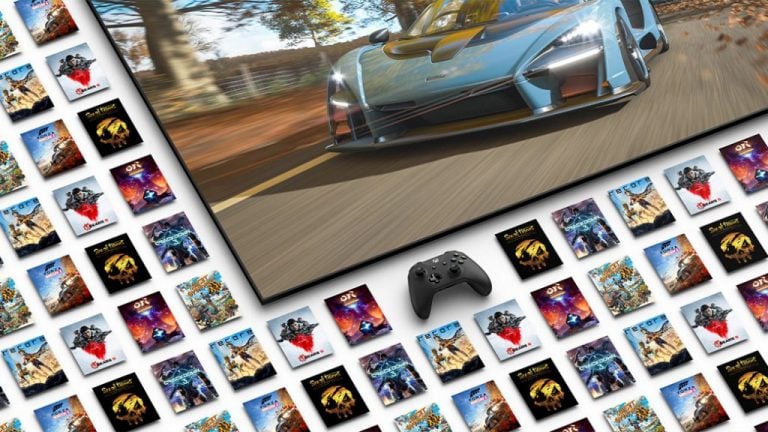 Okay, so now, what about the Games? Xbox Game Pass has a total of 100+ games in its library, across PC, Xbox consoles and Cloud Gaming. The library is always changing, but a great way to check is to visit this Microsoft Website. Additionally, when Microsoft releases Xbox Game Studios games (like Forza, etc) you'll get them on Game Pass the same day as they release!

This website has a search bar, to let you know which games are available with the subscription, before after buying. You can even filter the games by genre, publisher, features, and more. Some of our favorite titles are below. On Xbox, once your subscription is active, you can also see a list of these games by going to the Xbox Game Pass hub on your Xbox Dashboard. On PC, you can download the Xbox app to find these titles.

It is important to keep in mind that if you're going for Xbox Game Pass Ultimate, you'll also get access to EA Play, too. Games that come with EA Play like FIFA and Madden are available for no added costs with this subscription tier only. A list of EA Play Games can be seen here. On PC, EA Play Titles are download via the EA Desktop App. We talked about that here.

What about Xbox Cloud Gaming with Xbox Game Pass?

You'll need to download the Xbox Game Pass app on Android to get started with this, and it's suggested you have a speedy 5 GHz Wi-Fi connection to LTE connection, too. Microsoft explains how it works in the video above. Microsoft is still working to bring Xbox Cloud Gaming to more devices, but for now, it's Android exclusive, with apps for Windows 10 and the web coming soon.

To play, you'll also need a compatible controller, too. The Xbox controller works via Bluetooth, but you can also buy third-party grips, as well. Some Xbox Cloud Gaming titles also work with touch controls so you might not need a controller, but the best experience would be with a physical controller itself. 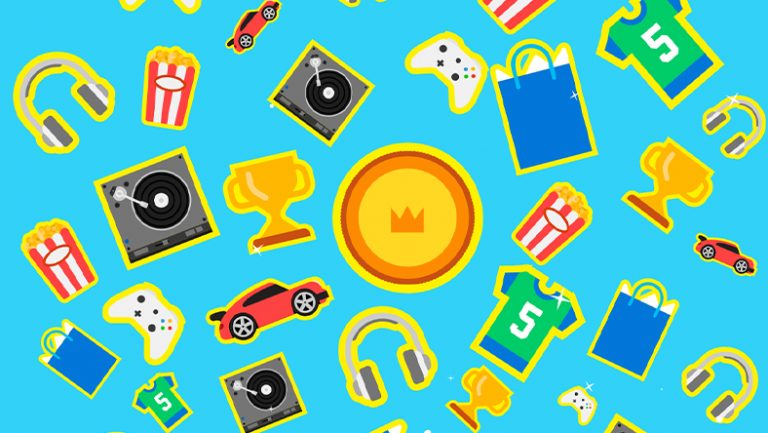 Finally, we want to mention other Xbox Game Pass perks. With your subscription, you can enjoy things like free in-game items, in-game add-ons, and more. You can check these benefits via your Xbox console, Xbox Game Pass mobile app, or the Xbox app for Windows 10. And, if you choose to buy any Xbox Game Pass title that you're playing, you can save up to 20% off it, and 10% off related game add-ons, too,

Xbox Game Pass Ultimate even includes Xbox Game Pass Quests. If you're a Microsoft Rewards member, then these quests allow you to earn points for playing certain titles, completing activities, earning achievements, and more. These points can add up quickly and are a great way to earn gift cards. We talked more about this in a separate post.

The best value in gaming

Xbox Game Pass is one of the best values in gaming, as for $10 or $15 a month, you'll get access to hit titles on your console, and be able to stream games on your Android phone, too. It is cheaper than Sony's own PlayStation Now service, which is $20 a month, and offers PlayStation games on demand. Game Pass has 18 million subscribers as last reported by Microsoft, and considering that most games are priced $40-$60, you're definitely getting a lot of bang for your buck.