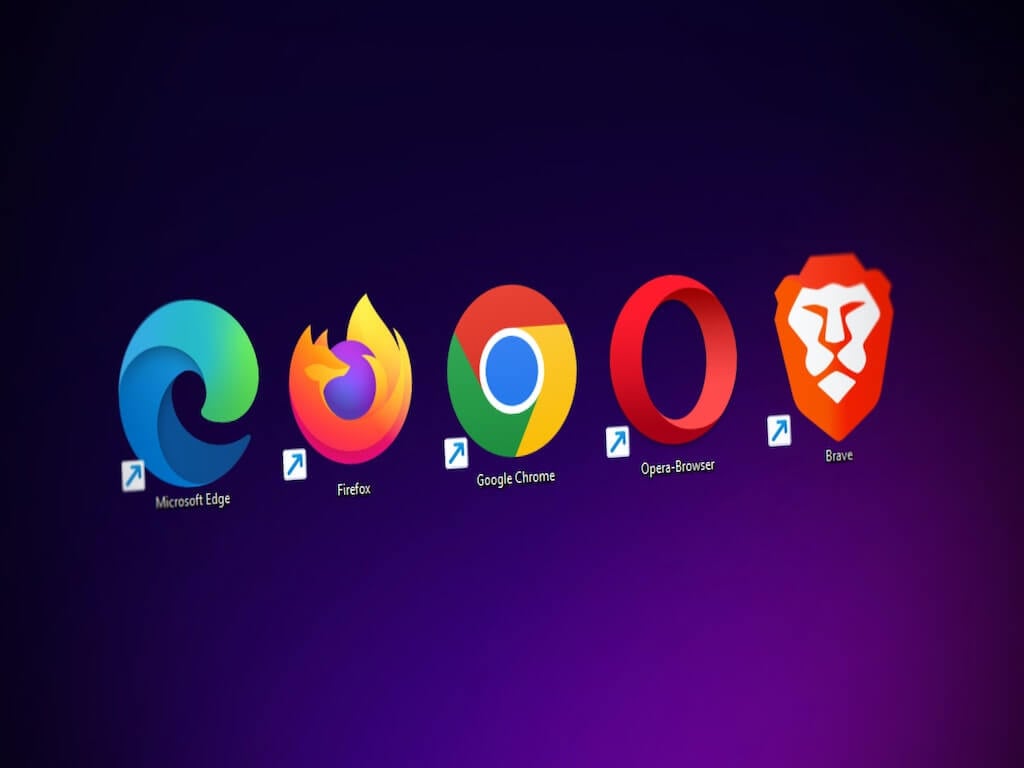 Your browser is what takes you places around the internet. Go to any random PC in some home or office, and you’ll find a wide variety of browsers. From Google Chrome and Mozilla Firefox to Edge, Opera, and so on, people use all kinds of default browsers today.

But as the tech world has continued to progress, so has the economy around it: it's called the data economy. The data economy, sometimes also called surveillance capitalism as a pejorative, is an ecosystem of technology and free-market where data is collected and sold in exchange for different products and services. While this system has provided access to free information to billions of people, like almost any system in the world, it isn’t without its pitfalls.

For one, an economy sustained on amassing user data is a sanctuary for the psychological manipulation of its users. “It involves customized advertising and behavior manipulation, powered by intensive gathering and cross-correlation of personal information,” points out Marvin Landwehr, a Ph.D. student in Pluralist Economics and Socio-Informatics at the University of Siegen.

Another big elephant in the room is the loss of privacy. Software companies can not only build models around your behavior, but they also keep a record of all of your search histories, which is then stored for later use. While this doesn’t seem much of a threat initially, as the massive support for the “If you've got nothing to hide, you've got nothing to fear” catchphrase shows; in practice, though, nothing could be further from the truth.

Slowly but surely, this has prompted users to look for better options to protect their privacy. Luckily, over the years, many new privacy-oriented apps have appeared on the market. Let’s go over all of them.

Tor Browser is the beacon of hope for anonymity and privacy in the world of privacy browsers. Also known as The Onion Router, Tor Browser makes use of what’s called the onion routing—a mode of online communicating in which your traffic is encapsulated in layers of encryption, making it super tough to figure out what you’re doing through your traffic.

The browser also comes packed with other features that make it a pleasure to use:

To get started with Tor, head to the official website and grab the exe. installer from there. Launch the app and complete your installation. When you’re done, launch the app, and you should see a Connect to Tor window like this: 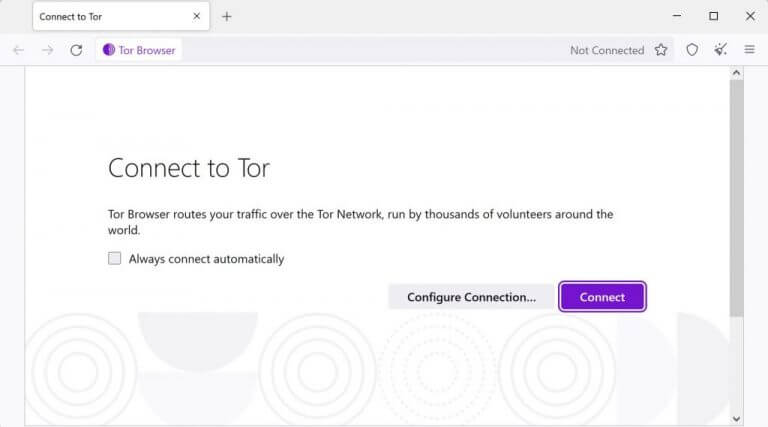 From there, check the radio box for Always connect automatically and click on Connect. It will take Tor a minute or two to establish an anonymous connection over its Tor network; while the time lag can be annoying, think of it as trading candy for gold. 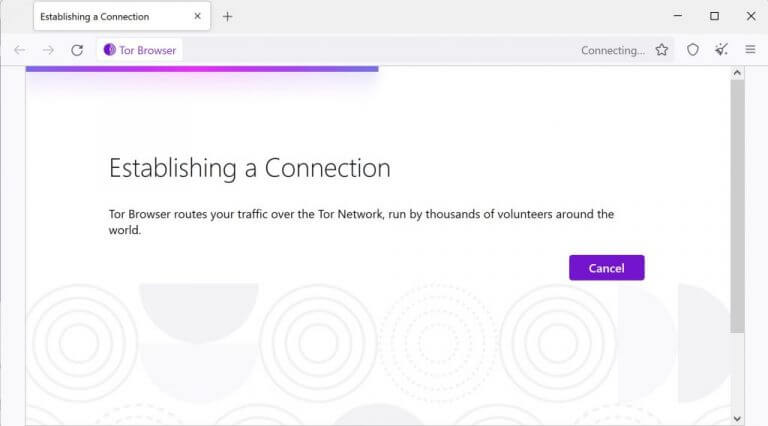 After you've established the connection, the Tor browser will open its homepage with DuckDuckGo set as its default search engine. 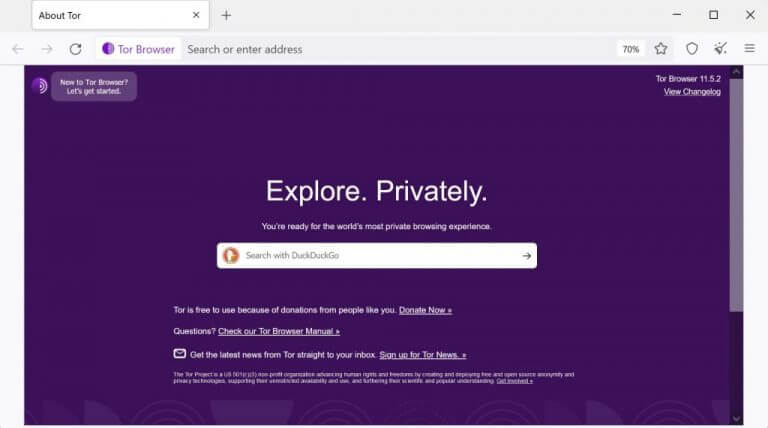 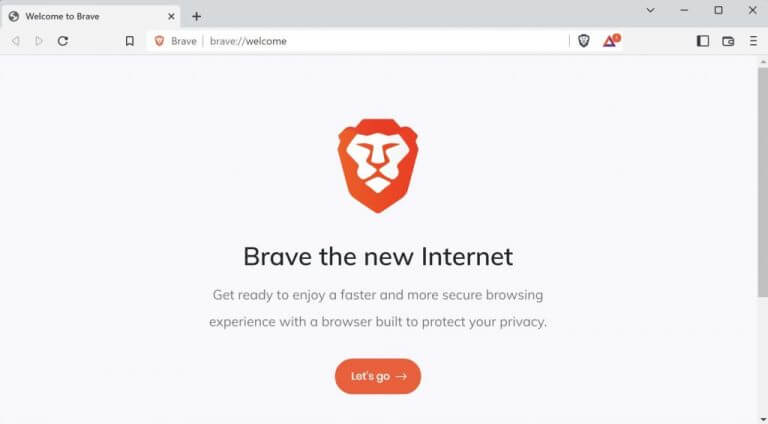 A relatively newer entrant into the marketplace of web browsers, Brave is an open-source browser focused on providing high speed and ultimate privacy to its user.

The program is developed by the creator of Javascript and co-founder of the Mozilla Foundation, Brendan Eich. Apart from the credential boost of its high-profile founders, the app also offers a unique spin on browser ads: it strips off the ad trackers running rampant in traditional browsers, naturally making it faster and more privacy-oriented.

Installing and setting up Brave is similar to any other browser you’ve used in the past. Head to the official website from brave, and download the .exe installer—you can then launch and use the app with ease. 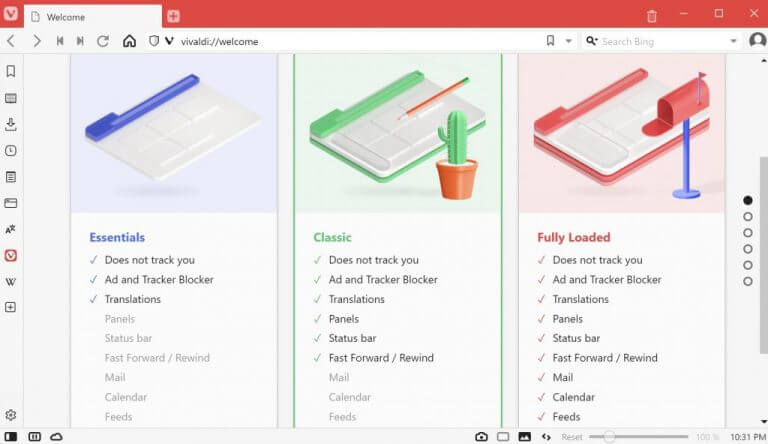 Once tagged as “probably the best web browser on the web” by Wired, Vivaldi is a relatively lesser-known beast in the ever-changing, shiny world of web browsers.

Vivaldi is developed by Vivaldi technologies, a company founded by the creators of the Opera browser before it was sold to a Chinese company. Like Brave, Vivaldi is also a new entrant in the web browser market. It offers a host of features like any other standard browser, but what differentiates it is its stance against big tech’s obsession with ads, popups, and all things data.

Vivaldi offers better personalization features, letting you choose how and why you want to set up your browser. Pretty handy, right? But that’s not all. It also gives you in-built tools like Vivaldi Mail and Vivaldi Translate, which helps you avoid the analysis paralysis of choosing and using a zillion tools for every different thing.

Mozilla Firefox, often called Firefox for short, is a free, open-source browser developed by the Mozilla Foundation. In business since 2004, Firefox has been at the forefront as one of the top popular browsers in the world. It now stands at the number four position in the total number of users.

However, unlike the browsers at the top of the market share—i.e., Chrome, Safari, and Edge—Firefox’s simplistic and privacy-obsessed design is what makes it choose us for this list.   Here’s a brief rundown on all that Firefox has to offer:

These, and some additional features, make Firefox a joy to work with.

The best free browsers for privacy on your Windows

Privacy and anonymity have become more and more critical with every passing day. Even Microsoft curbed its facial recognition program a few months back for, as you might have guessed, privacy and anonymity concerns. We’ve also covered a similar piece for changing and securing your privacy settings on your Windows PC before and making your Edge browser more secure than it is by default before that.