How to split screen on Windows 10 or Windows 11

If you’re one of those hyper actives who likes to juggle as much work as your brain can handle at any given moment, then splitting your Windows screen into two or more parts might be right up your alley.

How to split screen on your Windows PC

Both the popular versions of your Windows—Windows 10 and Windows 11—support the ability to split your screen into two or multiple parts. Furthermore, the process to do so is almost similar in both of them. So unless otherwise stated, you can safely assume that one method applies to others as well.

To get started with splitting your screen on a Windows computer, you must first make sure that you’ve enabled the screen splitting feature on your screens in the first place. Here’s how you can do that: 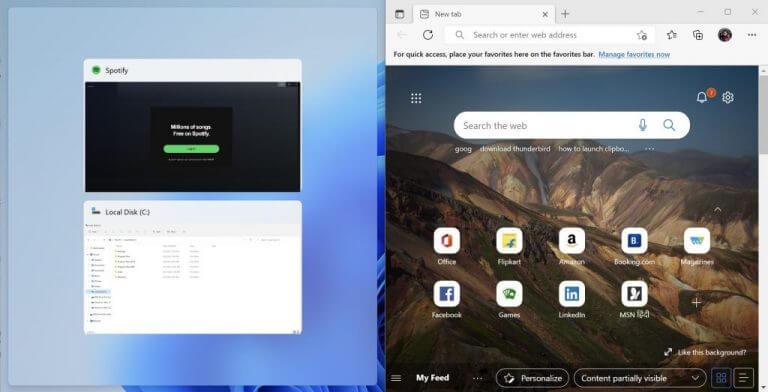 If you’re on Windows 11, the process will be only slightly different. From the Settings menu, head to System > Multi-tasking, and from there, toggle on the Snap Windows switch. 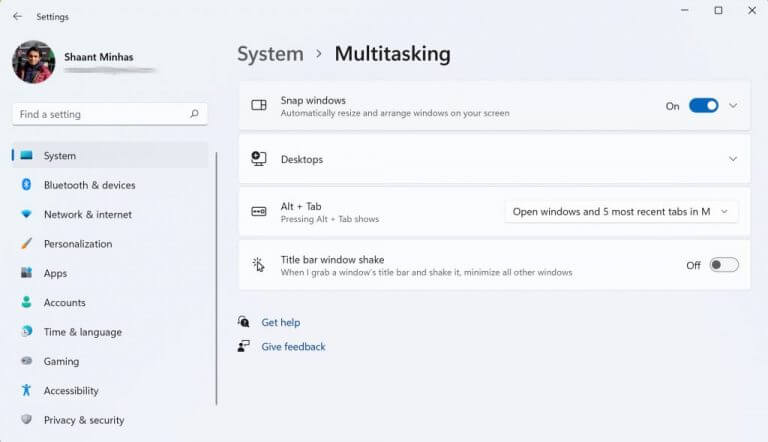 Now that you’ve turned on the snap feature, let’s look at the different ways to start splitting your screen.

To split your Windows screen into two, drag a window to one corner of the screen and leave it there; as soon as you do this, the window will snap into the corner, and your screen will be successfully split into two.

Moreover, if you’ve multiple windows open simultaneously, then as soon as you snap one window to the side, you’ll see an option to pick your second window from all the remaining windows. It will look something like this:

Split your screen into three parts

When you split your Windows screen into three different parts, you’ll get something of this sort:

So how do you do this? The process will stay the same until you’ve snapped one window at the corner. From there, all you’ve to do is drag one of the available windows from the other side to the top or bottom corner of the open corner of the screen. 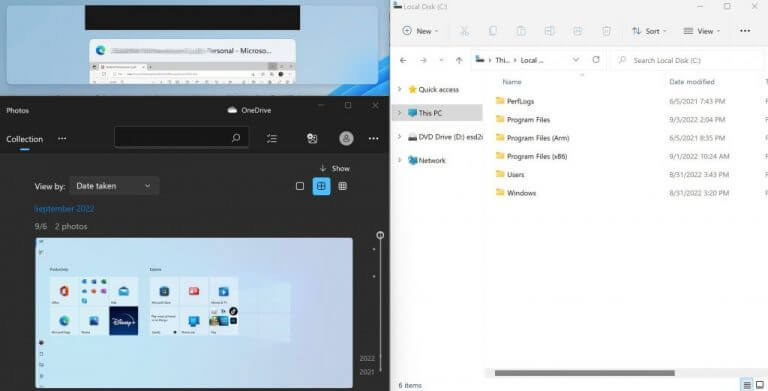 As soon as you do that, you’ll get options to pick your third window (if you’ve opened more than three windows) from the last corner. Do this, and your Windows will be successfully split into three separate screens.

Finally, we’ll look at how you can split your screen into four parts. In brief, all you’ve to do is drag and drop your Windows to four different corners, and that’s it—your screen will successfully split into four distinct parts.

Snap layouts are a new feature on Windows 11 that will help you snap your Windows screen in multiple ways. Limited to Windows 11, the snap layout feature is accessible by simply hovering your mouse over the Windows maximize feature or simply pressing the Windows Key + Z shortcut.

As soon as you do this, you’ll see a transparent option to select a new snap from the multiple options there. Click on any single snap and your chosen window will get adjusted to one side, with an option to set the second or third window (if have them open) accordingly. 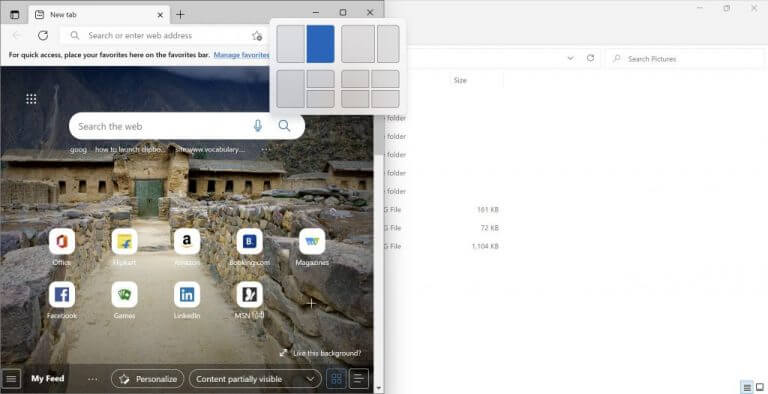 Split your Windows screen through shortcuts

Since it’s Windows we’re talking about, it’s almost always the case that if you’ve to do something, it can be easily done with the help of a keyboard shortcut. The case is not much different when you’re splitting your screen.

When you want to split your screen into two or more sections, you’ll have to follow realtively similar processes. For any active window, press the Windows key along with left or right key. Then, also press the Windows key with the up or down key as well; now move your window up or down. After you’ve snapped one screen into a one corner, you can drag other windos to fill the remaining space.

Splitting your Windows screen into different parts can help you stay organized while you multitask—as much organized as someone can get while multitasking.