How to Sideload Android Apps on Windows 11

Microsoft announced the support for Android apps on Windows 11 with a lot of hype around it. Unfortunately it was shortlived as the company partnered with Amazon to deliver a limited roster of 1000 plus apps which later grew into a library of 50,000 apps. You can’t access the Google Play store’s vast library of apps.

However, there is a way around it to install Android apps on Windows 11 through sideloading. Microsoft offers a Windows Subsystem for Android with debugging option, which lets you sideload Android apps through the Android Debugging Bridge(ADB).

Sideloading is the process of installing an app on a device without using the official app store, and it is often used by developers who are testing their apps or for users who want to install apps that are not available on the app store. We will guide you through the steps of enabling sideloading on your Windows 11 device, downloading the app’s APK file, and installing the app.

You will need Windows Subsystem for Android(WSA) to run the Android apps. If Amazon app store is installed and running on your PC then WSA is already loaded on your computer. In other scenarios you can Install WSA on Windows 11 using a workaround.

Now we will install the Android app on Windows 11 using the sideload method. Make sure you have the APK on your computer. You can find the APKs( Android Application Package) of your favorite Android apps on popular sites like APKMirror, Zedge, etc.

1. Launch Windows Subsystem for Android and head to the Developer section from the menu on the left. It turns collapses into a hamburger on smaller displays.

2. Turn on Developer mode and then click on Manage developer settings to open the developer options menu. Minimize it and go to the next step. 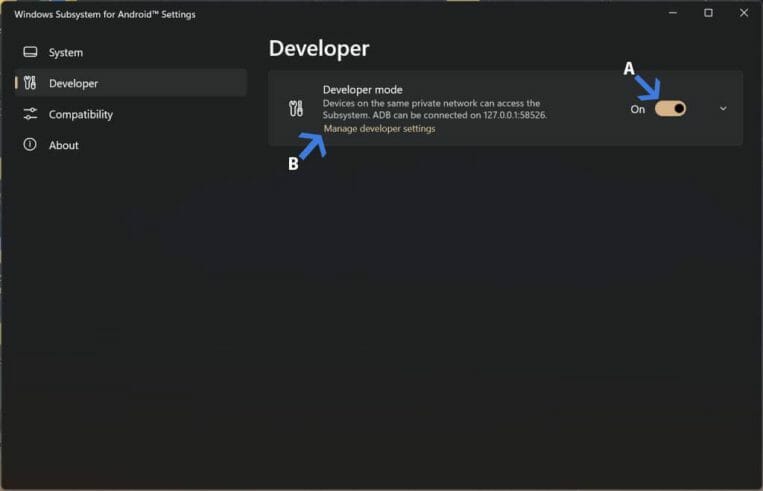 3. You will see an IP address after turning on the developer mode. It will be required later for connecting to the ADB server.

4. Download SDK Platform Tools for Windows and then extract the folder on your computer.

5. Move the APK of the Android app you want to install to the SDK platform’s extracted folder.

Note – Copy the entire name of the APK file which will be used later to install it. 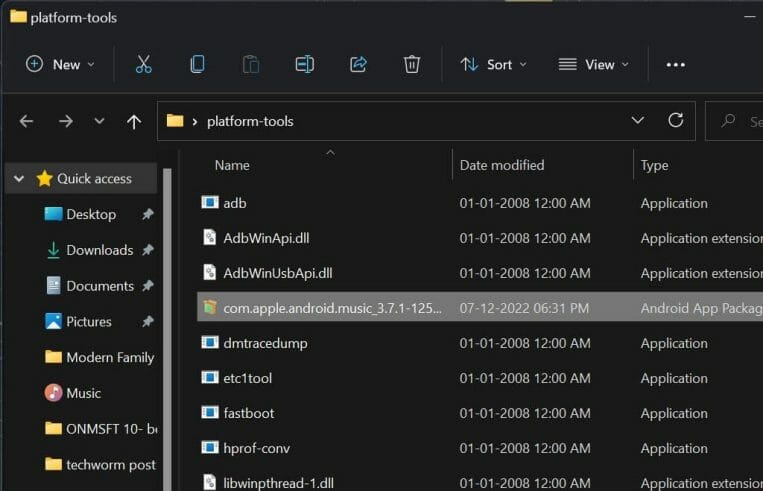 6. Right-click on the extracted folder and select Open in Windows Terminal option.

P.S. – Some Windows 11 PCs lets you open the terminal through the right-click menu inside the folder. 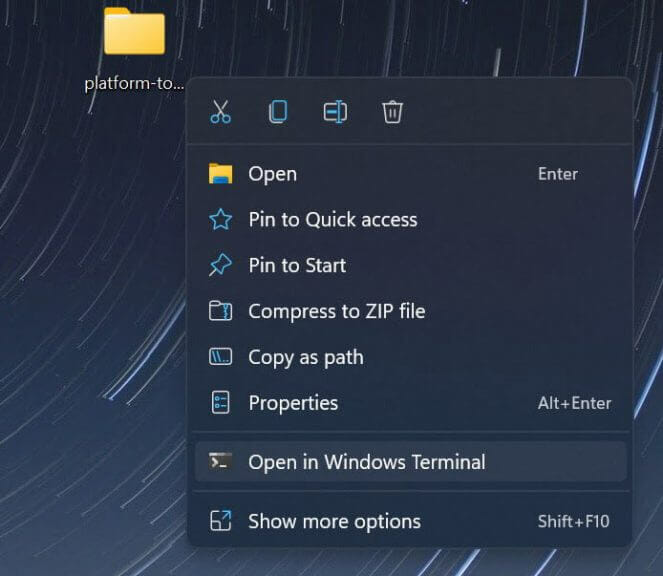 7. The Windows terminal will open up. Enter the following command and press ENTER.

P.S. – This is the IP address we got earlier while enabling developer mode.

8. Now enter the following command along with the name of APK we copied earlier and press ENTER to install the app.

P.S. – You can rename the file to anything and replace it in the single commas given below. We have highlighted the name part which can be replaced with your app’s name.

9. Once you press enter, it will display Performing Streamed install. It will get installed within a couple of seconds with success written at the end.

10. Launch your installed Android app from the Start menu search and use it like any other Windows application. 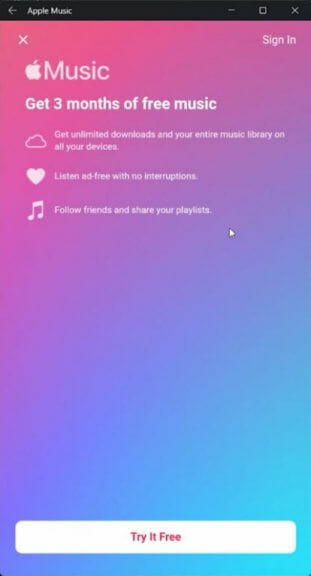 This is how you can sideload Android apps on Windows 11. It will feel hectic for the first time given the two sections. Once you have the Windows Subsystem for Android in place, it becomes comparatively easier to install Android Apps on Windows 11.