A recent update may force you to use the shutdown settings you want on Xbox Series X and S and some that you don’t.  In a possible bid to save some money on your electric bill, Microsoft rolled out an update that automatically switched all Xbox Series X or Series S consoles to energy-saving mode.

This update forces Xbox Series X and Series S users to use their consoles’ Shutdown (energy- saving) power option. This option is more energy efficient than the Sleep (Instant-On) option, which uses more power than Shutdown (energy-savings) when in standby mode.

Here’s how to prep your console to change the shutdown settings on Xbox Series X or S consoles:

Once you are in the Xbox guide, here’s how to configure your Xbox Series S | X to shutdown or go to sleep when you turn off your Xbox console.

In shutdown mode, your Xbox Series X or S console is shut down in order to save electricity. It is the lowest power consumption mode, but it may take up to 45 seconds for your console to start up and you may need to press the Xbox button on either the controller or the console first to power up your console.

In sleep, your console is put into low-power mode when you’re not actively playing games. Your Xbox Series X or S sleeps instead of turning off, but the downside is that this option uses more electricity and thus more power. This setting is needed for the remote wake and fast boot options and helps the console boot up faster, even letting you use your voice to turn on the console.

Here’s how to change this setting: 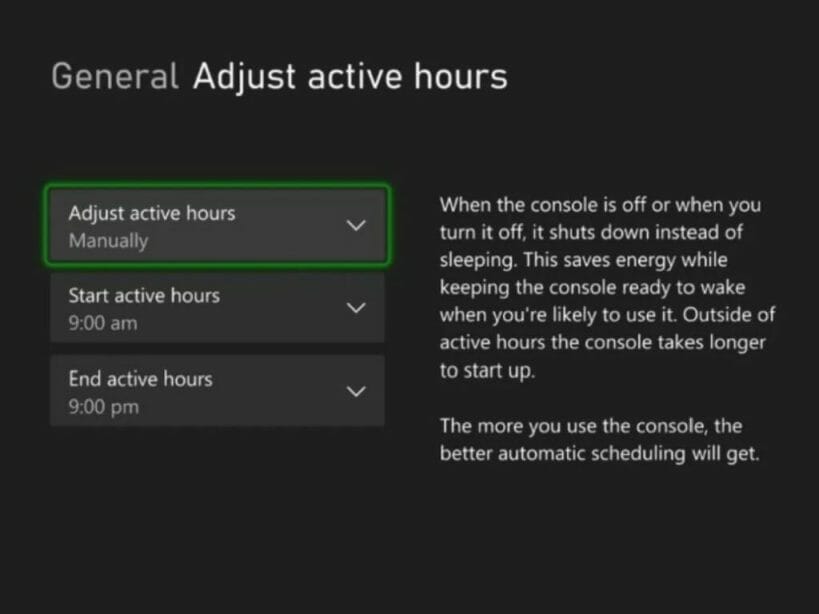 You can also change the shutdown settings you want on Xbox Series X or S by changing when your console shuts down or goes to sleep after a period of inactivity as well as other power options, here’s what to do:

What power settings do you use on your Xbox Series X or S console? Let us know in the comments!

Halo Infinite developer 343 Industries to be affected by Microsoft layoffs