Microsoft has developed an AI toolkit to help enterprises build virtual assistants. The company said its partners are expressing a "significant need" for customised conversational assistants that match their brand.

The new Bot Framework is part of Microsoft's Azure Bot Service. Described as a "solution accelerator" for digital assistants, the framework provides a set of common foundations when developing digital assistants. The open-source technology can be integrated with any device ecosystem, so bots are cloud and hardware agnostic.

The toolkit offers developers the ability to pick and choose from prebuilt conversational components. Once added to an app, the components can be customised to align with the organisation's branding. Each module targets a specific capability within conversational applications. They include enough functionality for developers to quickly get started with a minimal implementation of the component.

Components are available for common assistance services such as onboarding, emailing and device control. More specialised features are also included, such as automatic deployment of Azure resources and the ability to create third-party Skills that can be "plugged into" assistants. 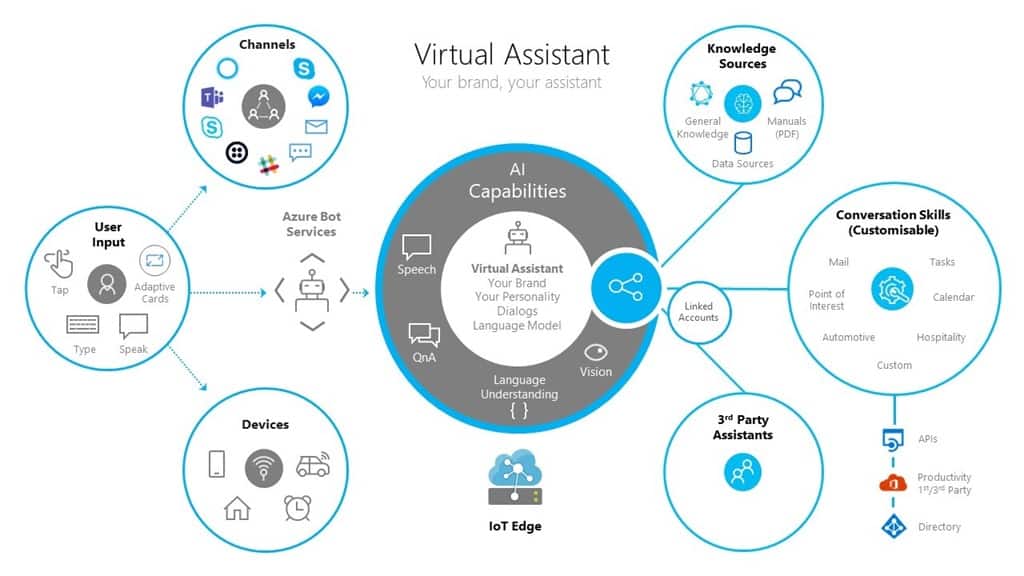 Microsoft said the toolkit is intended to help democratise AI. According to the company, enterprises are keen to introduce their own branded bot services but often lack the technical experience to do so. The prebuilt components will reduce the learning curve and help more companies to deploy their own conversational interfaces.

"We believe all organizations should have the ability to build branded virtual assistants," said Lili Cheng, Microsoft Corporate Vice President of the Artificial Intelligence and Research Group. "We have taken best practices developed while working with partners to develop their own assistants and, in continuing with Microsoft’s open source approach for bot development, have made this solution accelerator for virtual assistants available on GitHub, allowing for full control over the end user experience built on a set of foundational capabilities."

Microsoft said that over 360,000 developers have already registered to use its Azure Bot Service. The new toolkit might result in many more bots being deployed into enterprises and cloud environments, furthering the development of digital assistants. Although Microsoft appears to be lagging behind with its consumer Cortana service, the company is pushing forward in specialised enterprise-grade bots. Interested developers can find the Virtual Assistant Toolkit over on GitHub.