How to use virtual desktops in Windows 10 - OnMSFT.com Skip to content
We're hedging our bets! You can now follow OnMSFT.com on Mastadon or Tumblr! 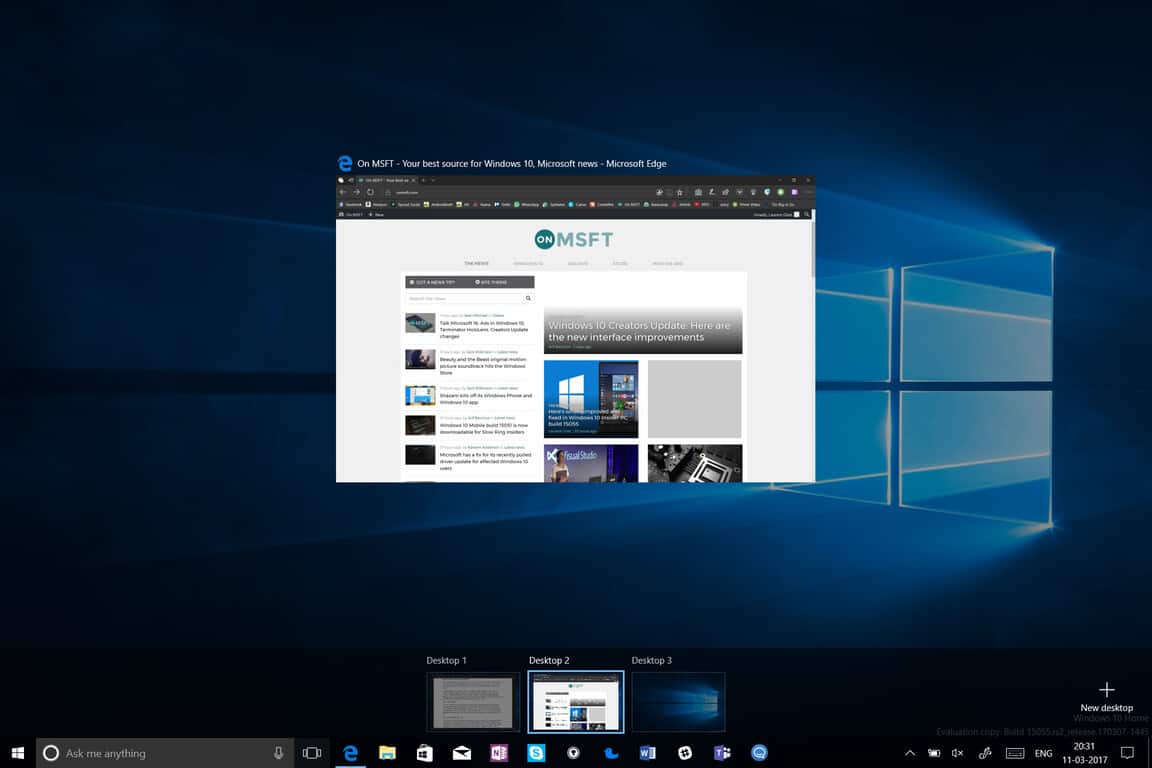 Virtual desktops allow users to manage their virtual workspace and go beyond the limitations of a physical display and organize and quickly access apps and windows. It’s particularly handy in a single-monitor setup.

Virtual desktops give you more desktop space to group related windows and help you quickly locate and switch to any window or group of windows. Using such organizational tool, you can easily re-organize your groups and move windows as tasks evolve.

I use two to three virtual desktops at anytime. One is usually to separate personal apps and work apps in different desktops, and another with just Word so that I can do focussed writing without getting distracted by other apps.

A version of Rooms was made available for Windows 3.x – the first such instance on Windows. In Windows XP, Microsoft introduced Virtual Desktop Manager as part of the Windows XP PowerToys collection. Then, a while later, Microsoft released the Sysinternals Desktops add-on that offered similar functionality. Windows 10 though, is the first time we see virtual desktops as a mainstream feature.

You can hover over each desktop preview and Windows will let you peek into any desktop to see what windows are open there – without switching to that desktop. You can even click on the app preview from task view to bring that window straight to the top.

To close a virtual desktop, open up the Task View pane and hover over the desktop you want to close until a small X appears in the upper right corner. Click the X to close the desktop or you by using the keyboard shortcut Windows Key + Ctrl + F4.